On November 13th we went over to the Goble's house for a party to watch the Chiefs vs Jags and to enjoy the beautiful weather. They had a bunch of neighbors and friends over to the house and there were probably more kids than adults. Ryan smoked a huge amount of ribs and the guests brought food too, so there was quite a feast. The TV was on in the house, but most people sat out in the garage to watch the game as there were two TV's setup there and one was tuned to the NFL redzone too which was nice.

The kids played inside in the play room, they loved Griffin's playhouse, and outside with the football and outdoor toys. It was a bit wild at times with all the unsupervised kids and I was worried the Goble's new house would get destroyed, but thankfully everyone and everything survived.

The kids played football in the greenspace behind the house and I'm not sure if anyone actually had fun. There are some strong personalities in the neighborhood and the kids are very competitive. There were lots of arguments and eventually I decided to be in charge of the passing and penalty calls so people would calm down a little. 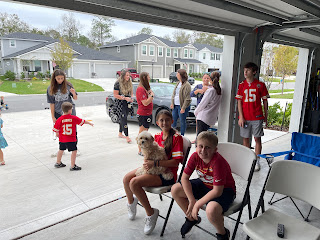 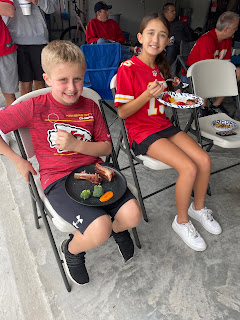 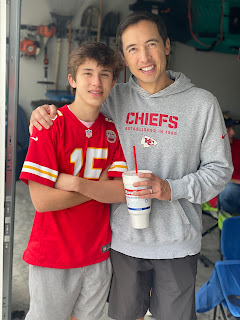 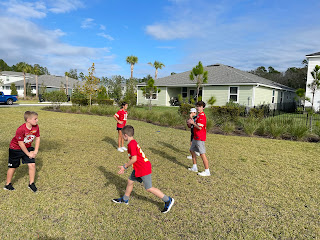 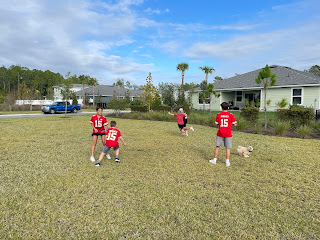 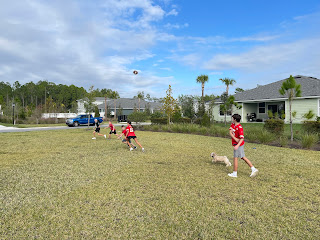 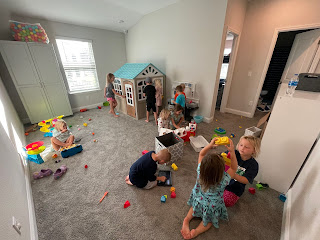