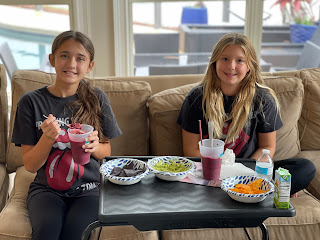 The kids don't get snow days in Florida, but they do get Hurricane Days. This past week Hurricane Nicole came in from the East and made landfall south of Daytona Beach. The kids were already scheduled to be out of school for Veteran's Day on Friday and they were thrilled that school was canceled for Thursday as well due to the incoming storm. The storm itself wasn't as strong as many that have come through in recent years, but we had a full moon and high tides, which made the flooding even worse than during Hurricane Ian earlier this year which was a much stronger storm. The confluence of winds and tides created the worst flooding I've seen firsthand in our neighborhood. The flooding was much worse during Hurricane Matthew in 2016 and Hurricane Irma in 2017, but we had evacuated during those storms and didn't witness it.

It was stressful watching the water rise around us and out in to the street. It was also maddening watching the idiots in their trucks barreling through the water, creating waves that pushed the water even further up on everyone's property. I actually got a video of one of the trucks driving up in to our neighbor's lawn for some reason and spinning their tires in the grass, tearing it up. Thankfully the water didn't make it in the garage or pool or anything for us.

Paige had her friend Sarah over for a sleepover on Wednesday and they had fun splashing around in the street and even went skateboarding and scootering through the water.

From the stats I found, it looks like the water was about a foot higher than during Hurricane Ian. Hopefully it will be the last of the year! 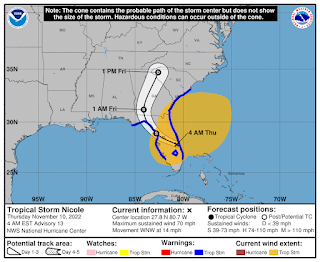 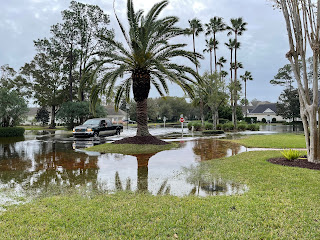 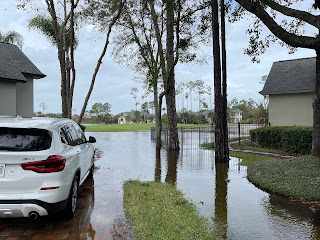 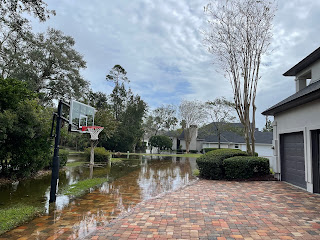