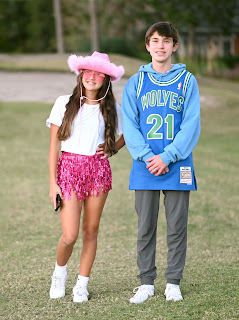 This year's Halloween was quite a bit different for our family. It's the first one where we didn't all go out together trick-or-treating, which is sad in a way but is also a fun new way of experiencing the day. Halloween fell on a Monday this year, which is a bit awkward, but the kids were still looking forward to it even though it was a school night. Paige dressed up together with her friend Sadie and we spent the first part of the evening at a cul-de-sac party down the street at Weller's house. The girls left fairly early to change in to their costumes and Connor made some plans to hang out with his friends.
I snapped a few pics of the kids before they set out, but unfortunately the timing was a bit awkward when Connor's friends arrived and I didn't get a pic of them. Just as his friends were arriving, our first group of trick-or-treaters arrived and I hadn't gotten the candy out yet, so I was running around with the girls trying to find it as Connor departed. 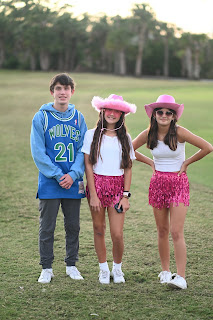 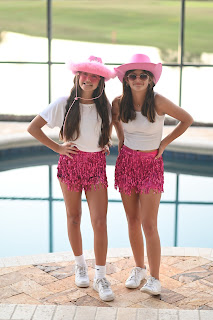 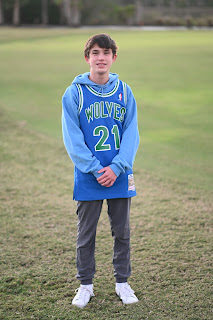 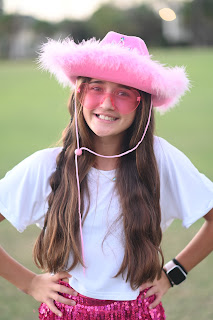 Once the kids left, Andrea and I set up some chairs and attempted to hand out candy. Unfortunately, I think we were a little hard to see where we were sitting and a lot of people made a turn to the south at our intersection and skipped our house. We got bored after only two groups of trick-or-treaters showed up and eventually decided it would be more fun to ride around in our golf cart to see what was going on in the neighborhood. We drove past Connor and his friends a few times and eventually made our way to the North Island to find the girls. They'd walked a long way, almost to the end of the road, when we arrived and they were very happy to ride back to the house. 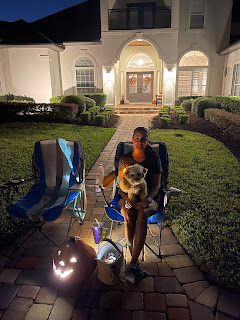 The girls sorted out their candy and made some trades, and eventually Sadie's dad arrived to take her home. 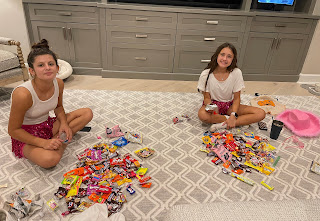 Connor and his crew underestimated the distance to the south part of the neighborhood and he spent a lot of time walking. Eventually as their group split up and went home, Connor called us for a ride and I picked him up in the Jeep.

Next year, Andrea and I are planning to set up a better spot that's more visible at the end of the driveway. We'd originally intended to have a firepit, but as it was a pretty warm night, we didn't set it up. Maybe next time!