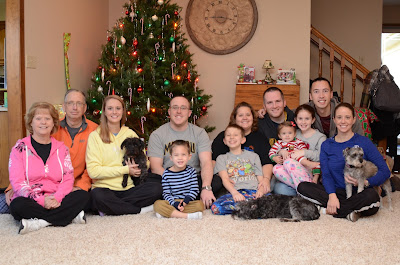 On Saturday, Christmas Eve, we drove from St. Charles to Odessa to celebrate the Anders Christmas. Since we weren't going to be home in Kansas City before Christmas, we did our own little family's Christmas on Saturday night.

While the kids were putting on their pajamas, we heard Santa on the roof, and when we got downstairs we saw that he'd left the gifts for Connor and Paige on the mantle. 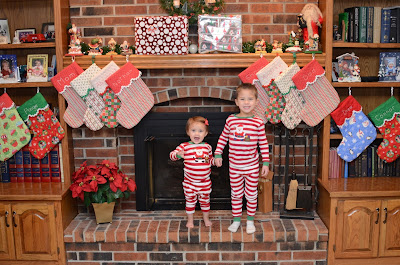 The kids opened the presents and Santa got Paige a Cabbage Patch baby and Connor got a super hero dress up outfit with Batman, Superman, and Robin.  Next, they opened the gifts from Mommy and Daddy and Connor got Mizzou football equipment and Paige got supermarket food toys. 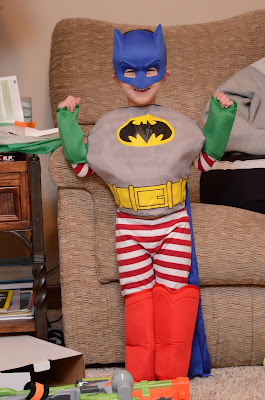 Paige was definitely excited for the cabbage patch baby. We'd never seen her react to a gift that way. She kept saying "Ya! Ya! Ya! Ya!" when she saw her. I wish I'd gotten it on video. 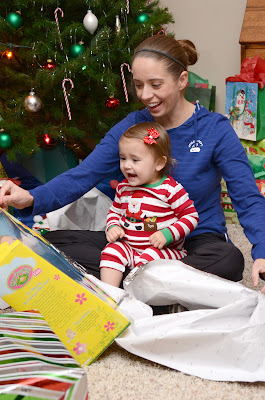 Connor wasn't too excited about his football gear at first, but once he put it on and saw how cool he looked he was really happy. He wore it constantly and even wanted to wear it to bed. Not sure how comfortable that was… 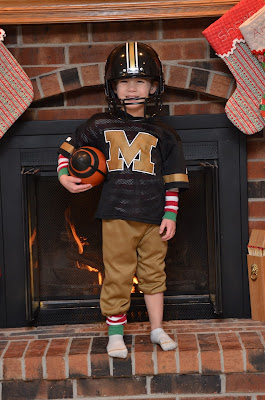 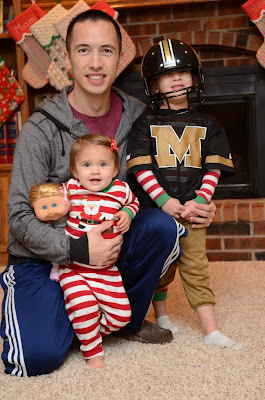 The next morning, we woke up and had Uncle Ryan's famous biscuits and gravy for breakfast, then it was time for presents! 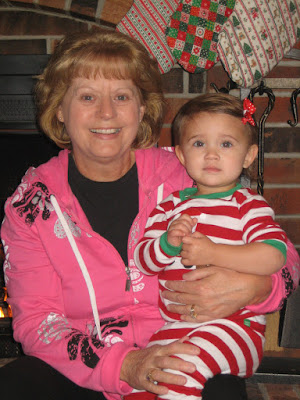 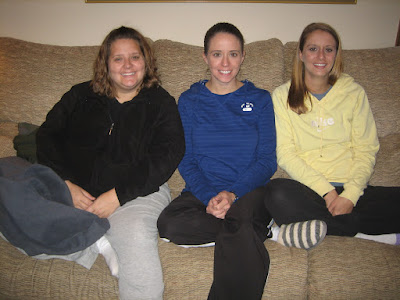 The kids all looked cute with their stockings. 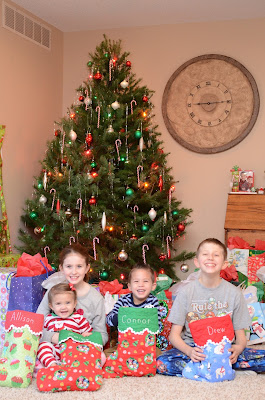 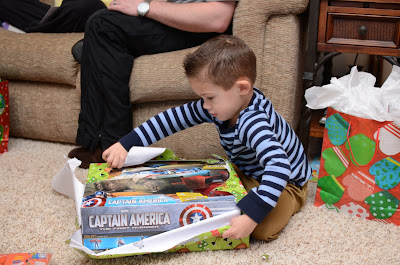 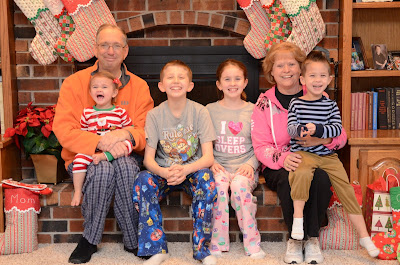 Grandpa Garry got Connor one of the most fun gifts of the day, a flag football set. It was perfect weather for football outside on Christmas day and Ryan, Connor, Allison, Nate, Drew and I all had a lot of fun playing. 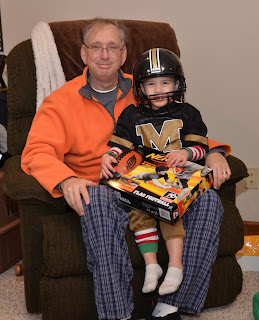 Grandpa Garry got a few really neat videos of everyone playing. The first one highlights Connor getting a nice touchdown, but only after Uncle Ryan puts an epic block on Shawn.

The last video is a pretty cute one of Connor making another break for it. Unfortunately this play ended his fun in his football uniform. He falls down squarely on a pile of dog poop. Yuck. We changed his shirt and kept playing, but he didn't get to wear his cool jersey after that.

Connor's favorite gift of the year was the football gear. Not only did he get the football helmet and uniform, but Uncle Ryan also got him some football gloves that were extra sticky. They're actually real wide receiver gloves. They are a little big for Connor, but Connor wears them and loves them. 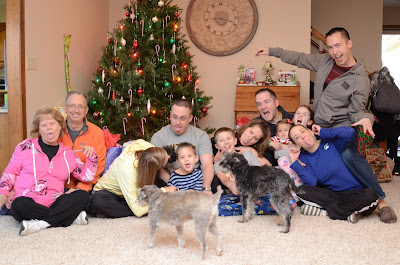