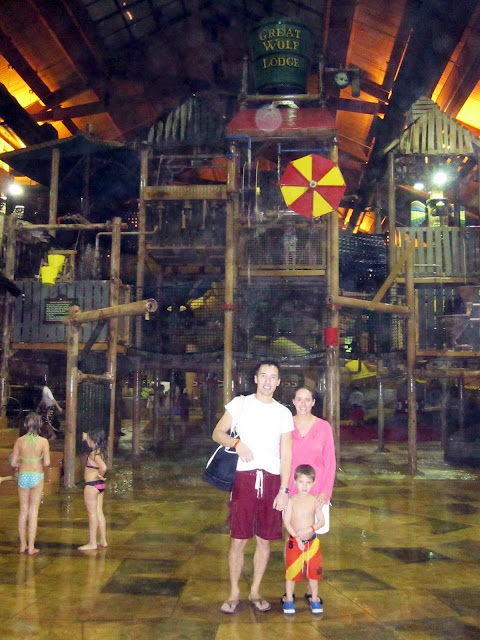 This weekend we went to Great Wolf Lodge for Snowland. Aunt Amanda and Uncle Ryan watched Paigie Pie for us, so we were able to just with Connor and spend some special time with just our little man.

We put together a video showing most of the highlights.

Everything was decorated with a neat Christmas theme, and the weather was terrible, wet, and rainy so it was a nice time to be indoors and swimming.

We took a few pictures of Connor in the Lobby while we waited (forever) to check in. 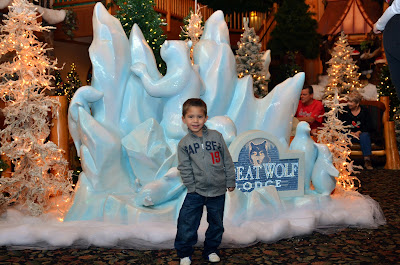 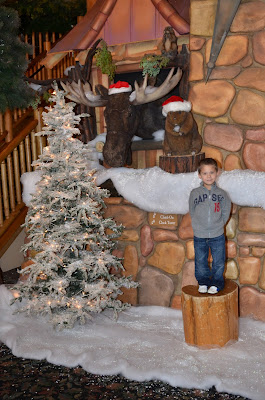 We took a little video of our room when we first went in.


After we checked in, we all swam together for a long time. Connor was a little slow to get in to it at first, but he warmed up pretty fast and eventually rode everything he was big enough to ride. 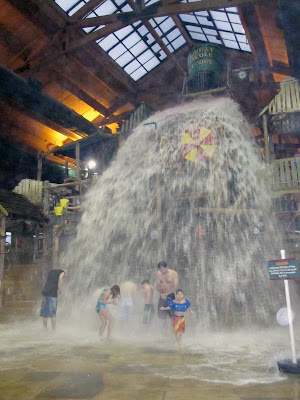 For dinner, we ate at Applebees and then we played for a while in the arcade. Connor enjoyed a number of the games, but his favorite was definitely the air hockey. He was pretty darn good at it, although he could only reach about 6-8 inches in to the play area. He was definitely good at defending his goal and if you wanted to score, you'd really have to work at it. 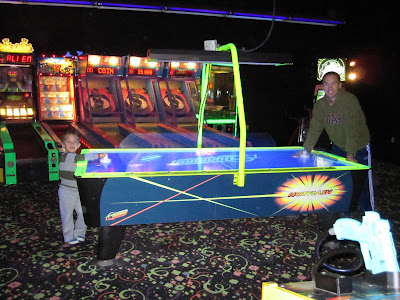 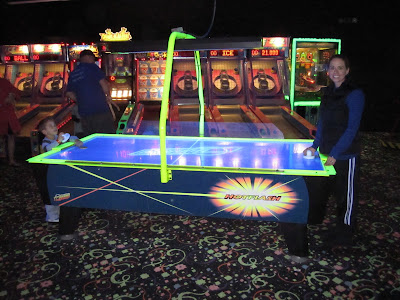 After dinner was the story time and the visit with Rowdy Reindeer. 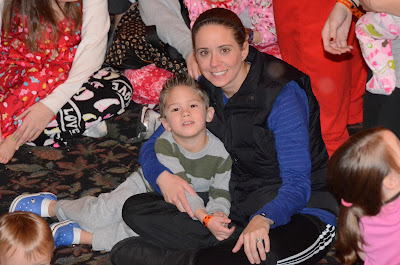 Mommy got a great spot with Connor for story time. After the story they were second in line to see Rowdy, although it didn't matter much since so many kids were cutting in line and none of the parents had enough class to stop them. Unfortunately, this was also the case with many of the rides. Mommy and Daddy had to scold a lot of kids that had no supervision and no concept of how a line works. 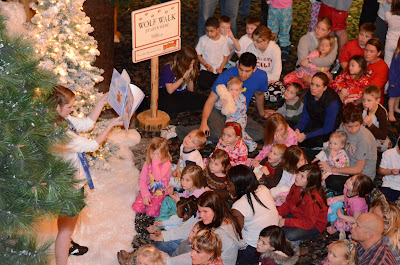 We didn't have to wait long though for the picture with Rowdy. 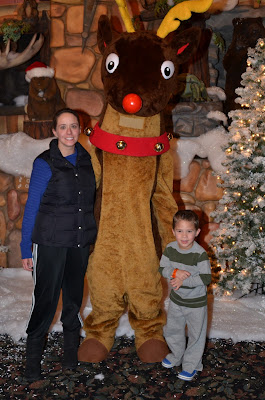 Overall, we had a great time. We were exhausted after all our fun. Poor Daddy bashed his elbow on a slide when he was trying to jump in for a fast start. I could barely feel my fingers on my left hand for a few minutes. I also managed to do something to throw my back out. It hasn't bothered me much since I hurt it on our Alaska trip back in 2006, but I can tell it's close to spasming after all our fun this weekend. I'll have to take it easy this next week! 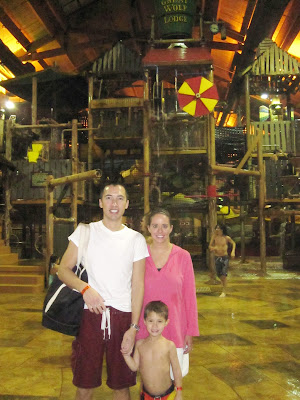 Great videos and pictures. What's that picture with the sign that says "eat wolf once"? Look like you had a great time. Hope your back is ok.