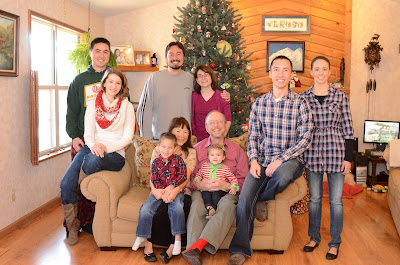 This year, Christmas fell on a Sunday and we had to make a decision on logistics to best see everyone. We typically have been celebrating the Vernon Christmas the week or two before the actual Christmas day in Kansas City. This year, since Alex is in New York, and with the way Christmas landed, we decided to change things around and visit St. Louis. We drove to St. Louis on Friday afternoon and stayed the night. On Christmas Eve, also Chris's birthday, we spent most of the day in St. Louis before leaving in the afternoon to head back to Kansas City.

We had a great visit in St. Louis and we're glad it was planned out so we could celebrate with everyone. The drive in was a little rough. Paige cried for over an hour straight at one point. It was a long drive with two young kids and we'd just done it over Thanksgiving so they didn't have much patience for it. Once we were there, things were great. Friday night, we visited with everyone for a while and then went to bed pretty early. On Saturday morning, we woke up and ate some coffee cake that Grandpa picked up fresh from the bakery. 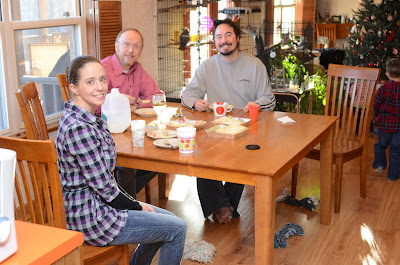 Daddy walked through the house and took a quick video in the morning while everything was decorated and still put together. 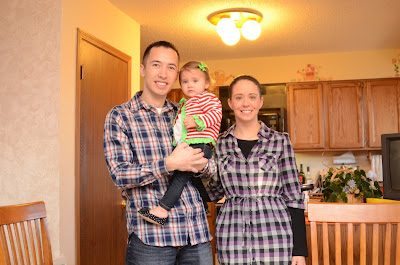 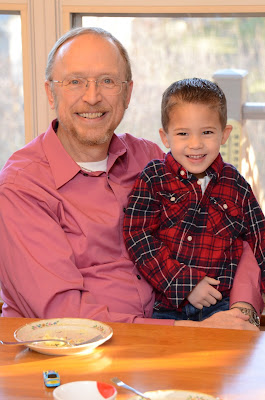 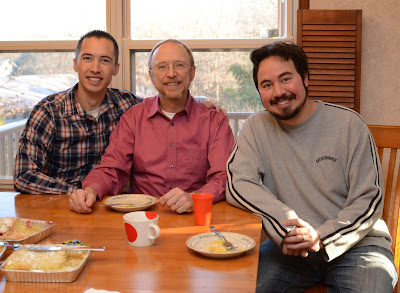 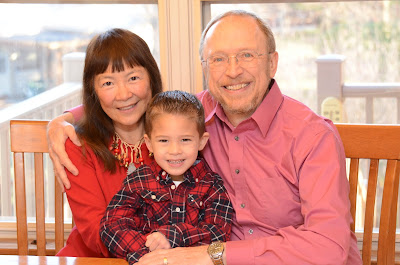 We took some nice group pictures after breakfast since the lighting was nice and the presents looked great under the tree. 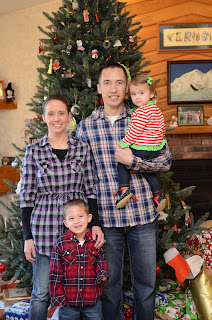 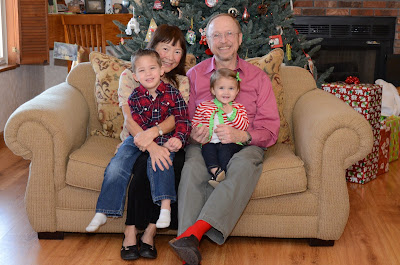 After everyone was up and fed, it was time to exchange gifts and open presents. Unfortunately, when we were dropping off some of our things in Odessa, I inadvertently took the Vernon gifts out of the car so all of the gifts we brought only made it halfway to St. Louis. We'll have to mail everything. Pretty disappointing show by Shawn, but everyone made the best of it. 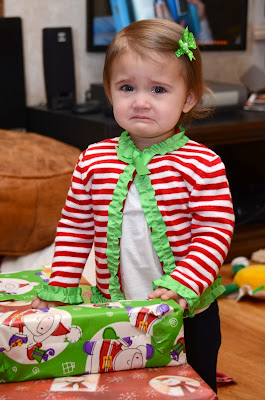 The kids got some great toys and books and we got some gift cards to Disney and McAlister's deli as well as some other goodies. 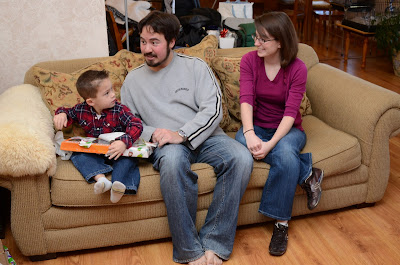 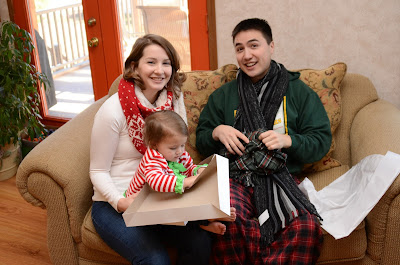 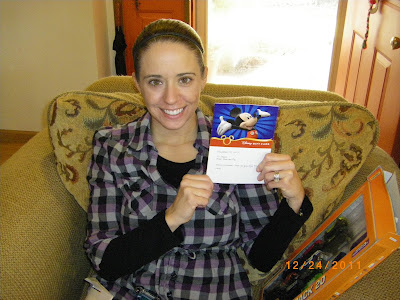 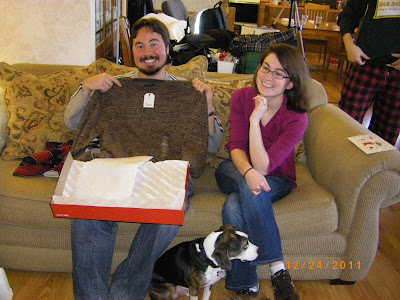 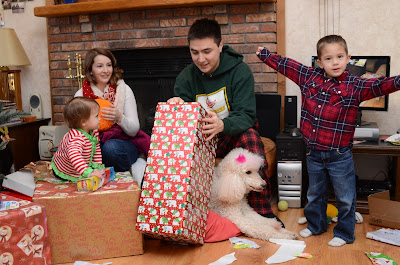 Paige liked to sit on one of the big boxes while we opened gifts.

Unfortunately, towards the end of the gift opening, we heard a loud THUD. I remember thinking, "Gee I hope that wasn't someone's new gift" and "I hope that wasn't breakable". Well, worse, it was Paige falling off the box headfirst. She bonked her poor head pretty darn hard, leaving a nasty bruise on the top of her forehead. OUCH! 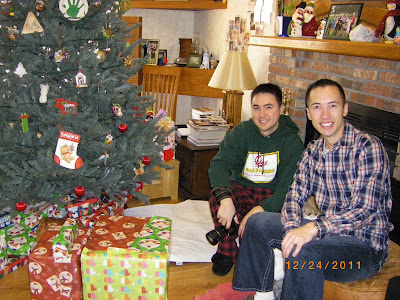 Once we got done with gifts, we drove to Outback Steakhouse for Chris's birthday lunch. Grandpa and Grandma treated everyone to a yummy meal and we all got stuffed. We played for a little longer with everyone in the afternoon, but eventually we wrapped up our visit, said our goodbye's and hit the road. 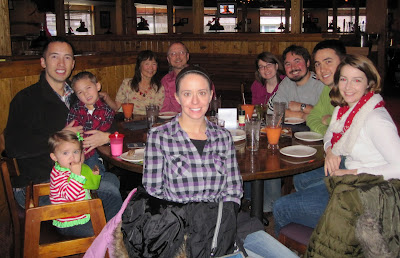