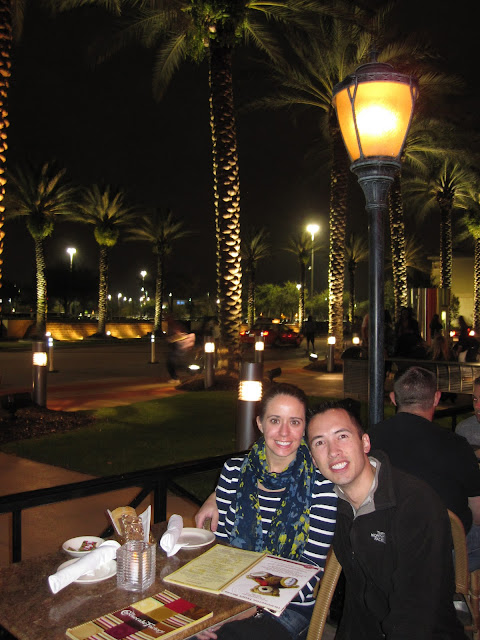 When we signed our contract to build our house, we put off the design center appointment in the hopes that we'd sell the house and would be moved down when the time came to do it. We wanted to be there in person for it, and didn't want to have to pay for another trip just for the 4 hour appointment. Well, the house hasn't sold yet, so we had to squeeze in another trip. The weather is getting chilly in the Midwest, so it wasn't a bad time to visit sunny Florida, but it was a busy time of year to squeeze in a trip.

Last weekend, Andrea and I flew to Florida to make the big decisions. We spent a while before the trip looking at model homes and thinking of design and we thought we were going in to the design appointment prepared. We also brought our secret weapon, Wendy Chandler of Chandler Designs (her website is under construction http://wchandlerdesigns.com/). We aren't great about picking things out from a pile of choices, but we had a hazy idea of what we were looking for although we couldn't put it in to words. Wendy asked me at one point how I'd describe my style and I said I thought I liked "Modern", until she showed me exactly what that meant and it wasn't at all what I thought. I told her I knew I didn't like "Ye Olde Englishe" antique styling and that's what I meant, it wasn't a good enough excuse though, so for the rest of our time with her she teased me mercilessly. Thankfully Andrea was a little better at describing our tastes.

When we got to the design center, it was about as overwhelming as we'd expected. It's nice to have so many choices, but they add up quickly. We picked out the kitchen stuff first and went with a darker wood stain on the cabinets than we've got in our current home. We picked a rich brown wood color that went pretty well with one of the granite options. At first, we were going to go with the standard tile in the entryway, dining room and kitchen which is pretty typical for Florida. After thinking about it for a while, I decided to take a look at wood flooring. Maybe it's just the Midwestern guy in me and I'm used to it, but I really wanted wood floors over tile. We went with some wide flooring boards with a nice brown color to it. It's hard to know exactly how it will look when you have it stretched from the front of the house to the back, but it looked nice on the tiny 5" by 3" sample they had. It was one of the bigger upgrades, so hopefully it's worth it.

The first picture shows the granite for the kitchen, with the backsplash, wood floor choice and wall color. Bad picture from our dinky camera with bad lighting, but it gives a general idea of some of the stuff we picked. 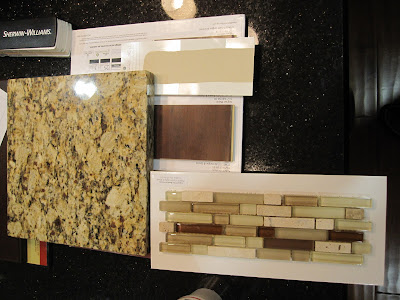 Next, we chose all kinds of tiles, carpet and design elements for our bathrooms. The master bath has granite countertops and we were surprised and happy to hear that the smaller bathrooms will too. We picked some tile and some neat decorative tiling that should look nice together. Again, hard to imagine it all together, but hopefully the girls all had a good eye for this. 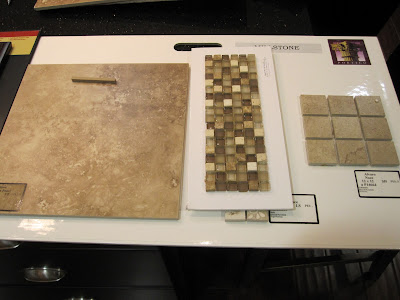 The last picture shows the granite for the bathroom with the floor tile and cabinet color. 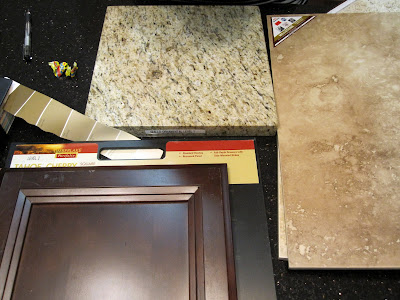 There were lots of other things like carpet, crown molding, etc that we didn't snap pictures of, but those pictures would be pretty boring and the pictures weren't coming out great in the design center.

Finally, we finished with it and were done. We didn't manage to pick out the exterior color while we were in town, which was disappointing. We did drive around with Wendy for a bit to look at colors we liked. Wendy was nice enough to drive around the neighborhood after we got home and helped us over the phone.

The trip was short and all business. We also talked to pool people while we were in town and still have to make that decision. Pools are a lot more expensive than we expected, but we'd like to just get one in and over with while we're in construction mode anyways.

Once our business was done, we drove back to Orlando to fly out. We planned to stay the night and take an early flight on Sunday. We got in town late Saturday night and ate at the Cheesecake Factory. Our Garmin happened to take us to one that was in a mall, and we were very happy it did. The mall was one of the top 5 malls in the country and it was amazing. We ate outside on the patio (remember, this is in December and it's in the 20's at this same time in KC) and watched the valets park some amazing cars (there was a particularly nice Ferrari). We went to the Rolex store (didn't know those existed) and the Louis Vuitton store before the mall closed. It would have been fun to stop in at the Chanel and Gucci stores, but it was too late. It was a nice relaxing way to wind down and appreciate all the neat stuff the area has to offer. Up until that point, the trip was mostly stressful and exhausting. 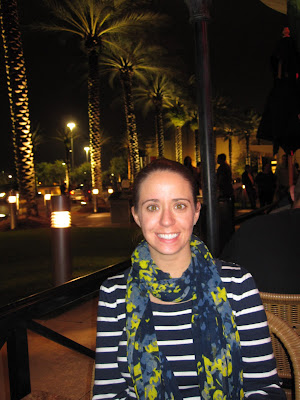 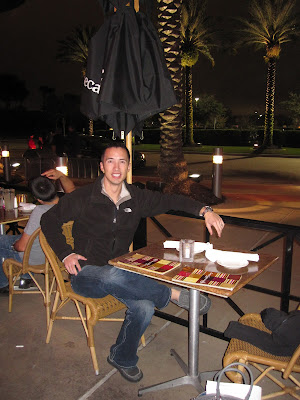 We flew back to KC the next morning and are looking forwards to the day we can go back and see our new house!
Posted by Shawn Vernon at 8:05 PM