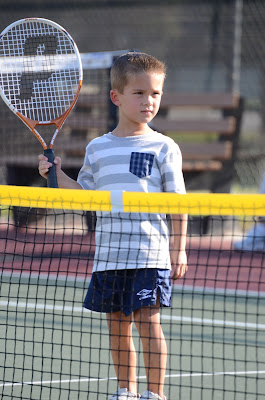 Connor is taking tennis lessons! Andrea's been doing tennis for a while and when she signed up for some classes she looked in to getting Connor in too since he was done with soccer and wasn't currently doing any sports. He's picked it up pretty well so far and does really well with it even though he's one of the youngest in the class. As usual, he's a great listener and does really well. 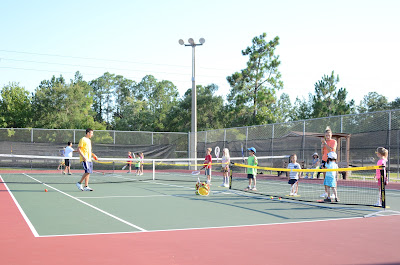 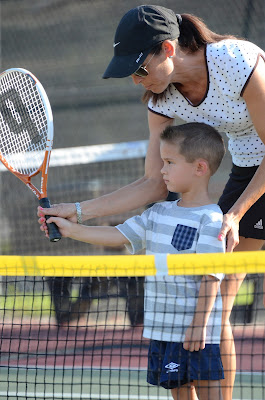 I caught a few pictures of him smiling while he was doing some drills, he really enjoyed himself. 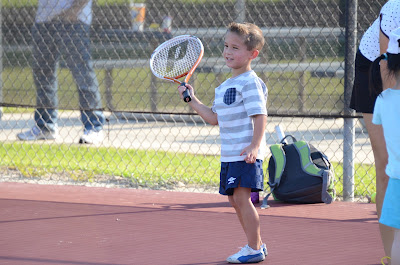 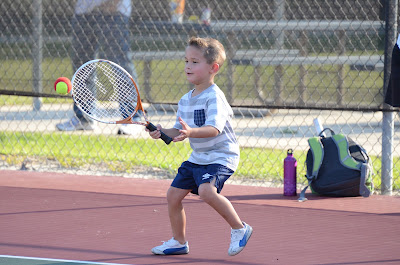 Connor is a natural at hitting the ball

They did a few games, Connor liked doing the caterpillar game. They had to move laterally and have the ball pass between their legs. Connor was the shortest and ended up at the end of the line, so he had trouble seeing where and when the ball was coming.