Ban-ans and Cinderella on the iPad 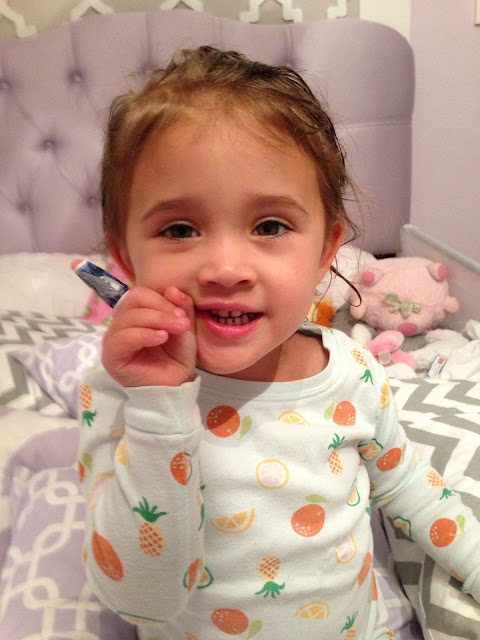 Paige has a recent obsession with band-aids, which she refers to as "ban-ans". She had a small boo-boo on one of her fingers a few weeks ago and ever since she likes to have a band-aid on her finger. She's pretty much used up all the band-aids we have in the house.

I thought I'd also mention how clever she is with the iPad on this post. This morning I was watching her match shapes and colors with her new Cinderella game. I noticed it in the app store last week and purchased it for her. I'd been planning to sit down and show it to her and work through it with her, but she found it on her own and figured it out by herself. The game has three levels and Paige always plays on the hardest, level three.

She has to match shapes, figure out patterns, and do all kinds of cute puzzles. I took a really brief video of her matching shapes to a dress. She flies through the puzzle and finishes it pretty quickly.


The video's also cute because you can hear Connor at the end tell me he's done with breakfast. You'll notice he's taken to calling me "Father" recently, which we think is pretty cute. He also calls Andrea "Mother". Not sure why he decided to do that, but it's very formal and endearing.
Posted by Shawn Vernon at 1:41 PM