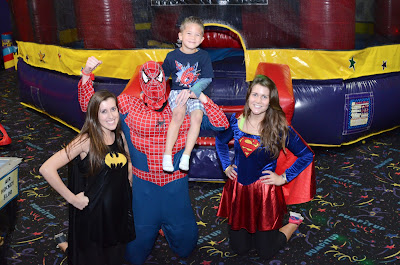 Today was Connor's sixth birthday! We've been looking forwards to it for a while now and Connor's been counting down the days and has been very excited for the party that Mommy put together for him. We decided to have the party at "Pump it Up", which is a party place with big inflatable bounce houses. It turned out to be a great choice since it was "cold" today (that's in quotes since 58 seems cold to us, but it's been a rough winter elsewhere and most other people would probably love to have a day in the high fifties). 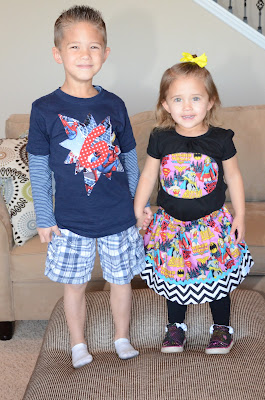 The party was from 1:45 to 3:45 and we arrived after lunch. Before we were allowed to go in to the play area, the kids had to watch a safety video and the parents had to sign away all our rights. 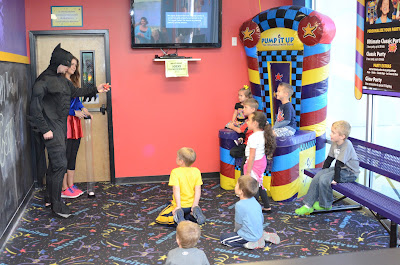 There were two play areas, and it was just our group in each of the play rooms for 40 minutes each. The kids, as usual, loved the big blow up play equipment and the games. 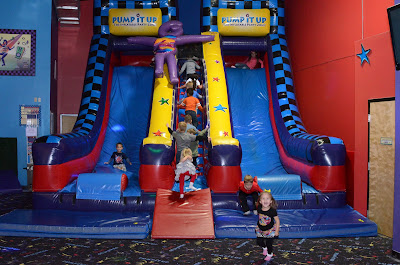 The attendants all dressed up like super heroes and took the kids on missions and played with them. They looked super cool in their costumes! 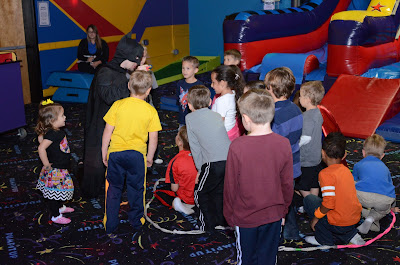 The kids beat the super heroes handily at tug of war! 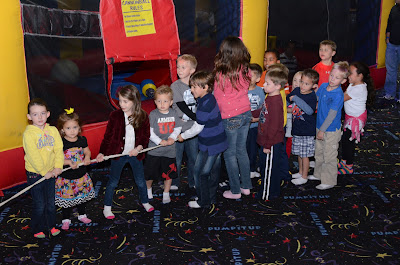 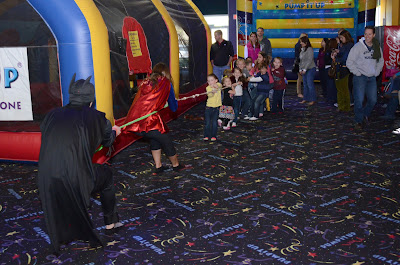 All the kids loved the party dance! 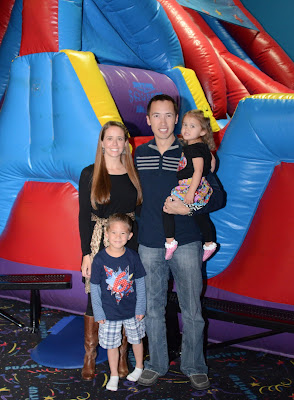 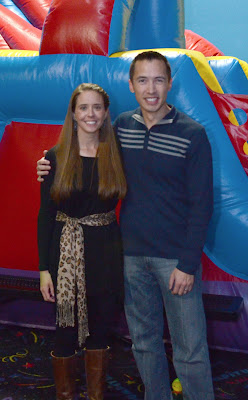 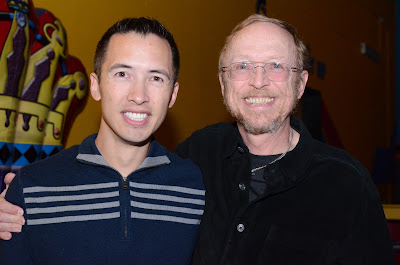 After the two play rooms, we went to the party room to have cake and snacks. Andrea and I worked with the attendants to set it up and I got a few pics before everyone came in. 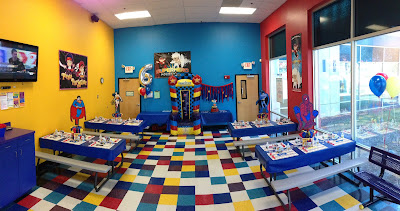 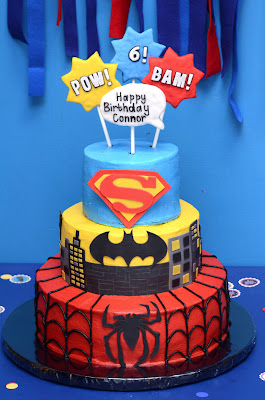 The cake turned out great, it was one of the cutest that we've had. 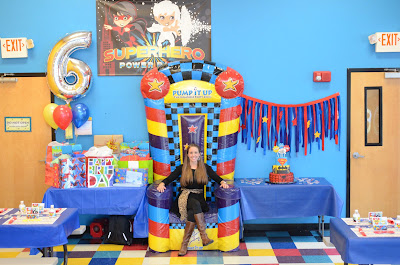 I made Andrea pose with all the decorations that she put together. 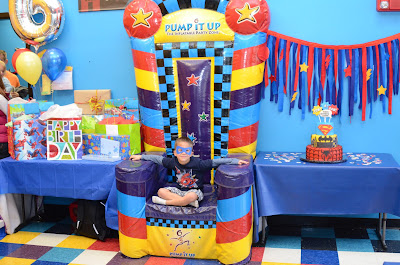 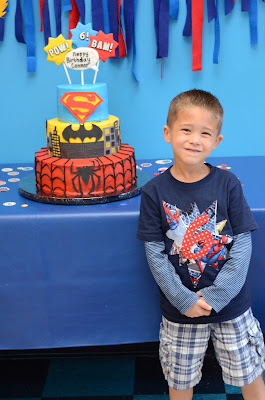 We were surprised Connor had trouble blowing out his candles, but it got worked out in the end!


All the kids had superhero masks and M&M's for their party favors. 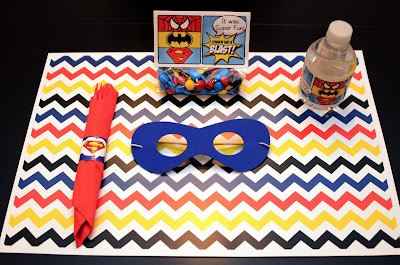 The party room was a perfect size for our group. 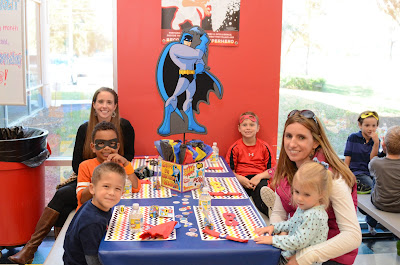 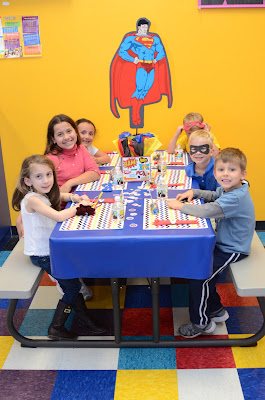 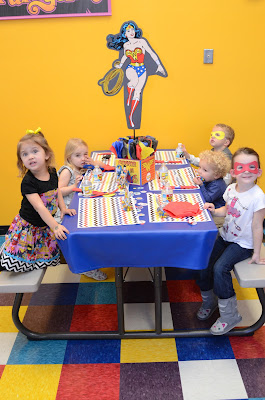 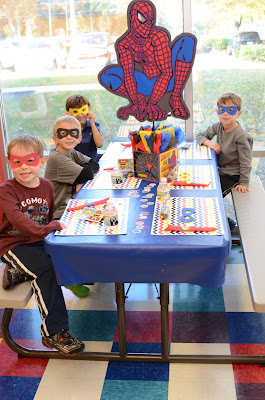 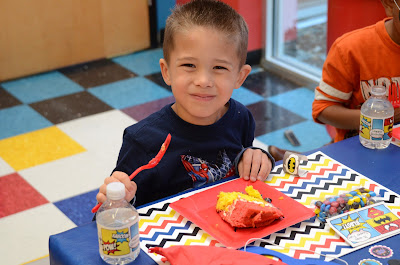 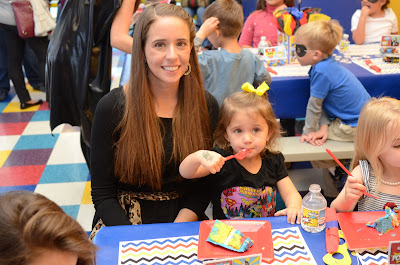 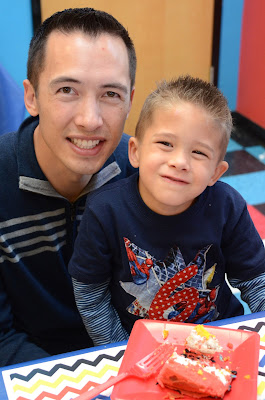 The kids all had a lot of fun and Connor loved his party! He opened up all his gifts when he got home and it was quite the pile of toys. Both kids were exhausted after today, and so were we! We're so happy everyone came to celebrate with our little man and we can't believe he's already 6! 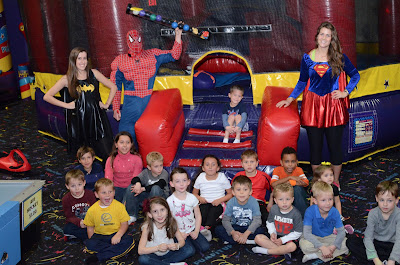 A really fun party. Thanks for the invite. I think everyone had a great time.