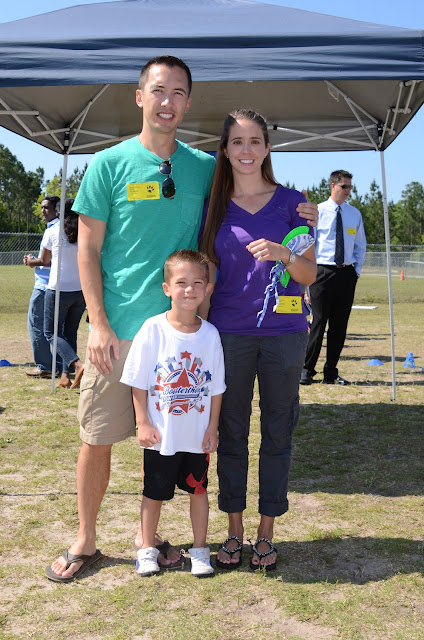 Connor's school had a fund raiser event called "Fun Run" this past week. The kids got pledges and would raise money for the school based on how many laps they'd run during the Fun Run. The kids really got in to it and Connor was pumped up to do some running.

His class was excited to take the field when they were called. Connor sprinted in! 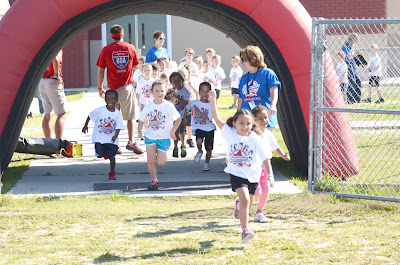 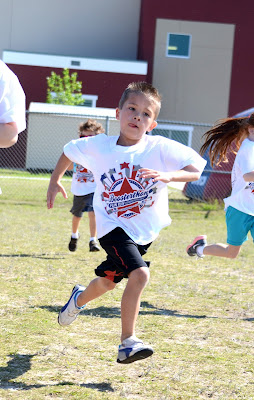 When it was time to start the running, Connor took it very seriously and ran as fast as possible.

After each lap, they kids would have a teacher mark off their progress on the back of their shirts. 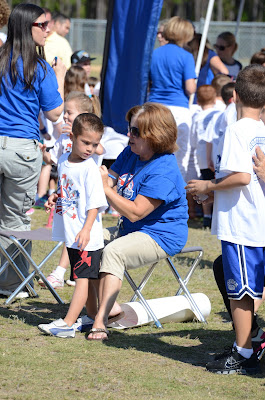 There were a lot of kids running and sometimes Connor had to wait a bit, which he didn't like. He wanted to run as many laps as possible. 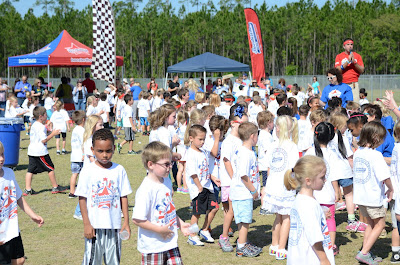 Connor had his 35 laps marked off very quickly and he ran a few extra. He counted 44 laps total for the day. 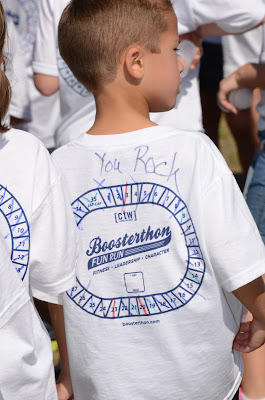 Connor did so well that Mommy decided to buy him some special stamps, markers, and coloring books to celebrate. 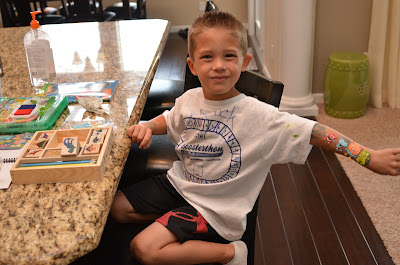