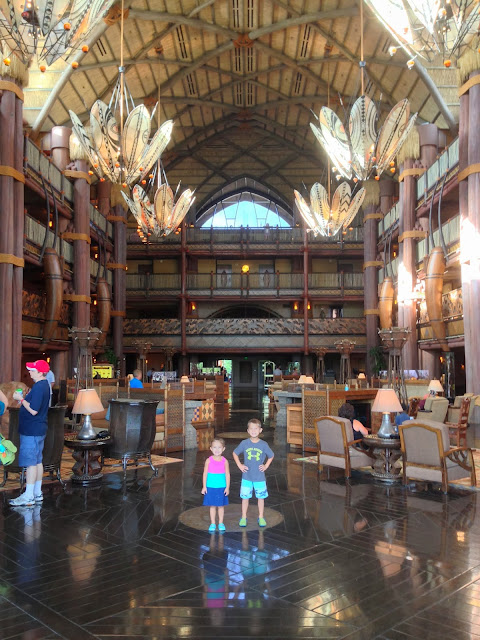 This weekend we didn't have anything planned, so at the last minute we decided to drive to Orlando to spend some family time together. We heard the Nickelodeon Resort was fun and booked a suite for Saturday night. We showed up, spent a long time in the line, and finally went to our room. It was not very nice, to say the least. There was some kid's old dirty shirt in the room, the facility was dirty, our room smelled bad, and we were thoroughly grossed out. I called the front desk and told them we were leaving. It took a bit of convincing, but thankfully they refunded us our money and we left. Andrea called Disney and they gave us a decent deal on a deluxe room at the Animal Kingdom Lodge and we drove over and checked in.

It was a great choice, the facility was beautiful, our room was cozy and everything was typical top-notch Disney. The bunkbeds were a lot of fun to play on, but it was a bit scary watching the kids climb up and down a hundred times. 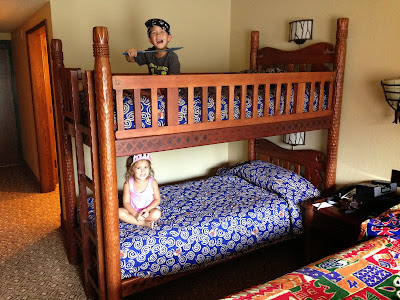 The kids were given pirate and princess gear when we checked in, which made everything more fun! 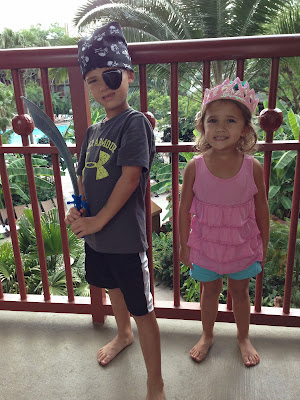 The pool was nice and big, but a bit cold. The slide wasn't huge, but it was nice that Paige was able to ride it. 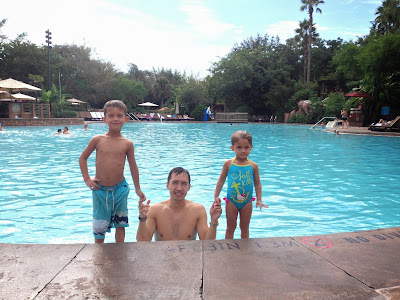 The playground wasn't all that big or exciting, but the kids loved it and we spent a lot of time there playing pirates, jail, and chasing lizards. 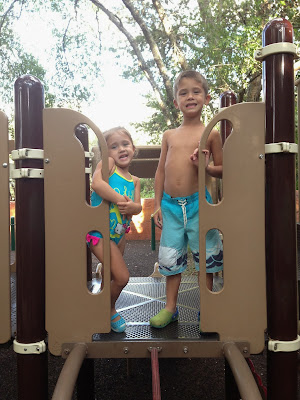 For dinner we went to the Rainforest Cafe at the Animal Kingdom Park entrance. 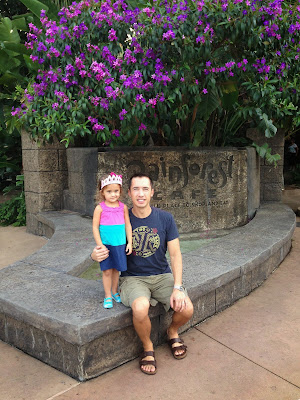 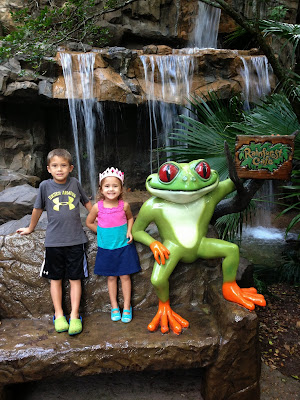 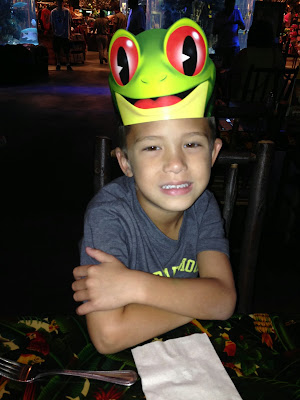 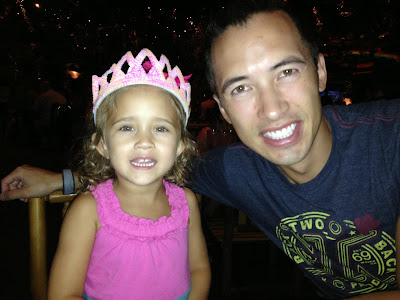 Paige ended up getting scared of the animatronic elephants near us, but I finally convinced her they weren't real. 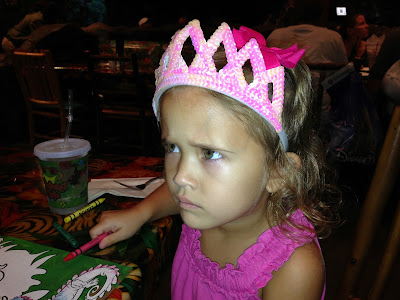 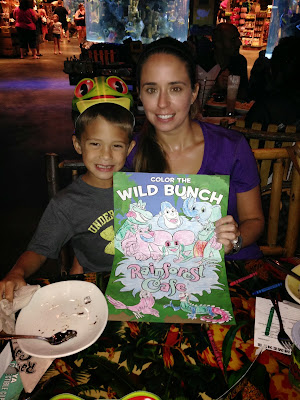 Finally, it was bedtime. Since we'd spent so much time chasing lizards, I told them about Leo the lizard and how a little boy tried to throw him to the fish at Barbara Jean's. 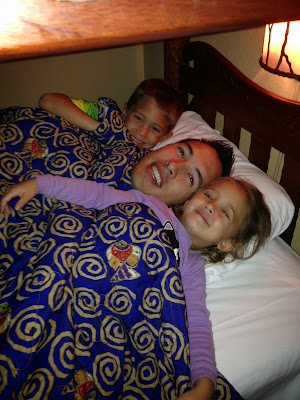 The next morning, we swam and played a bit more before checking out and going home. It was an awesome weekend together with our fun family!
Posted by Shawn Vernon at 4:03 PM