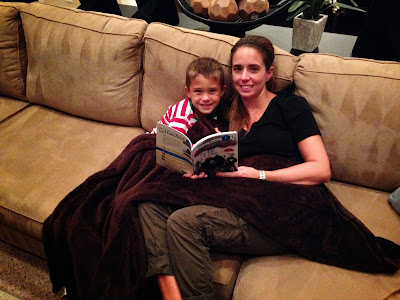 Mommy's been doing a lot of work with Connor lately. Over the summer they did a bunch of book reports and actually won the prize in Connor's class since Connor did more than anyone else. This past week the top reader in each class were given an award during a presentation that was filmed at his school and streamed in to the classrooms. All the students in Connor's class were very excited to see him on TV.

They've also continued to read now that school's started and they do his homework together every week. I help out here or there if it's an art project or something we need to collaborate on, but most of the time Andrea is the one that works with him on school stuff.

Connor's still in to jail lately. We do artwork at nights sometimes and he's writing a book about some badguys that get put in jail. I took a quick pic of him working on it the other night after he did his work with Mommy. 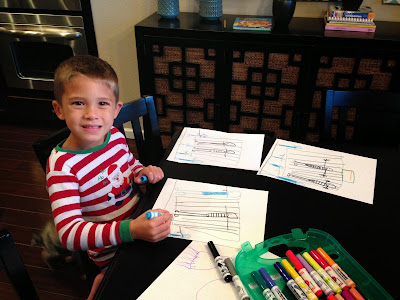