Mickey's Not So Scary Halloween Party 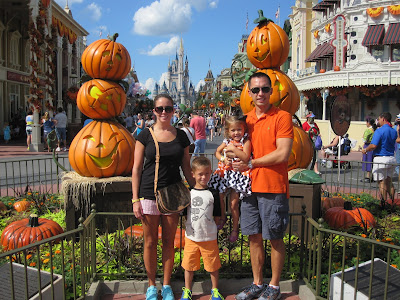 On Friday the 13, 2013 we went to the Mickey's Not So Scary Halloween Party at the Magic Kingdom.

We went last year, and had an amazing time, so we had pretty high expectations going in. We also were meeting the Prescotts at the park and were worried we'd talked it up to much and it wouldn't be as much fun as we remembered. It turned out to be everything we remembered and even more fun with our friends along! 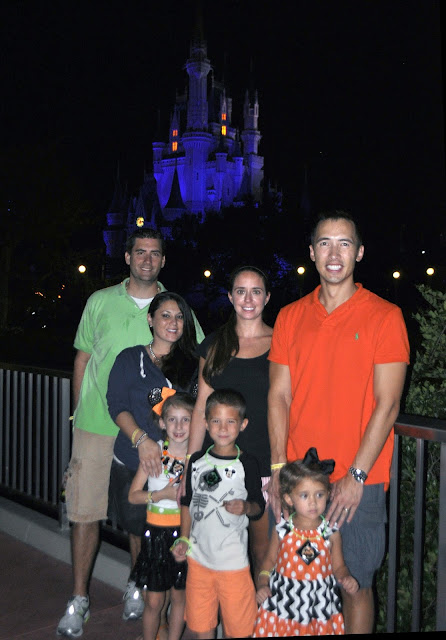 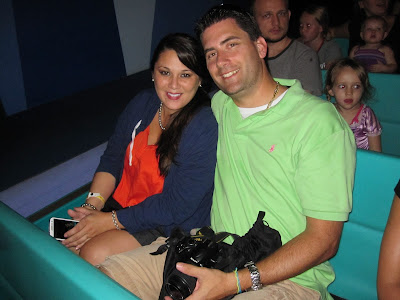 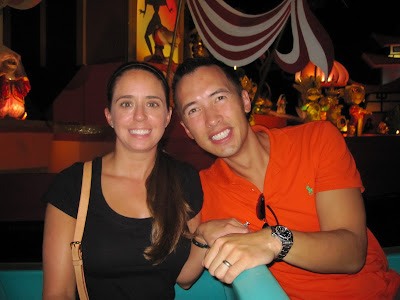 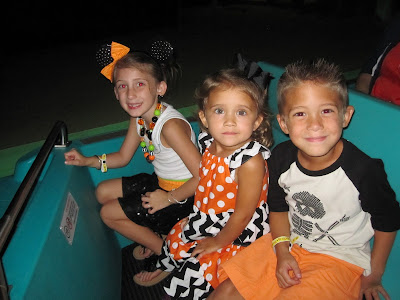 When you arrived you got an armband and a bag for candy. There were spots all throughout the park where you could trick-or-treat and get all kinds of candy. It was the good stuff too! 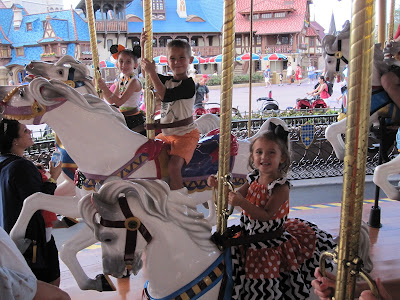 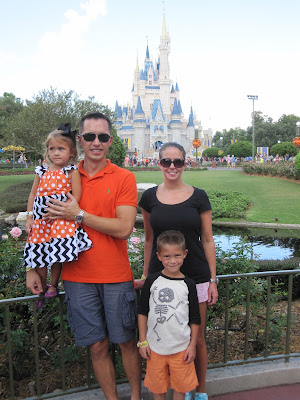 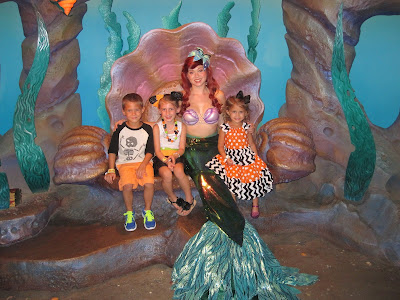 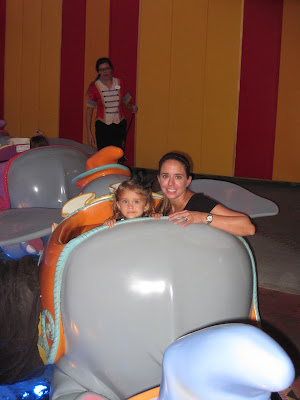 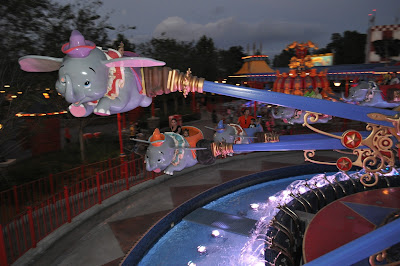 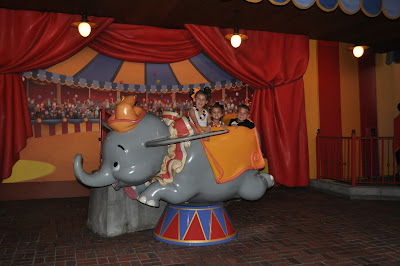 As in years past, there were hardly any lines at all. For most of the rides you could walk right on to the ride and sit down. The kids really wanted to do the teacup ride and none of the adults really wanted to do it. I relented to the pressure and went with them on the condition that we wouldn't spin any more than necessary and we'd try to take it easy. That plan went out the window in the first 2 seconds. They couldn't resist spinning and I decided that if we were going to spin we'd spin it right. I spun us as fast as possible and the children loved it. The ride was so un-crowded that after it was over we just sat in the teacup and rode it again. The kids would have ridden it all night long, but after two times around I was done. 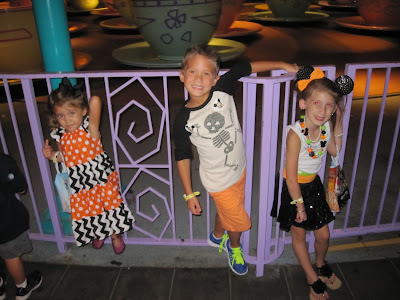 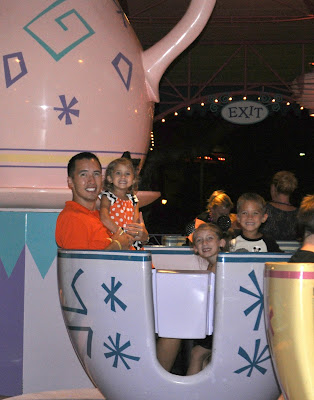 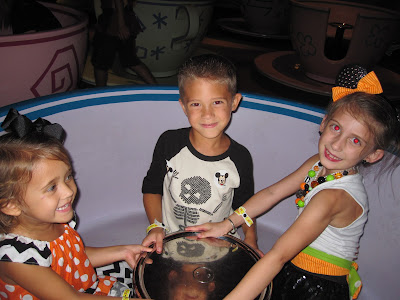 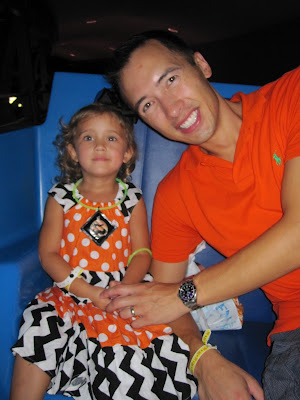 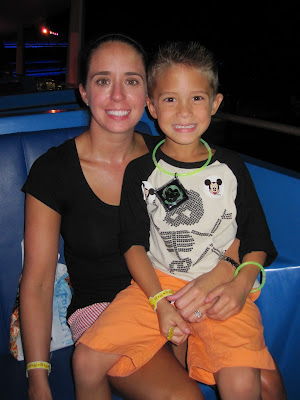 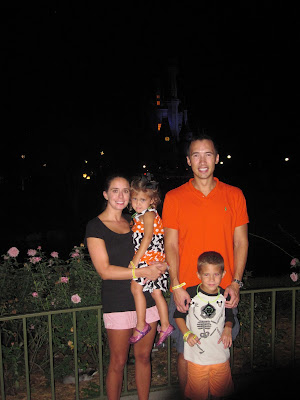 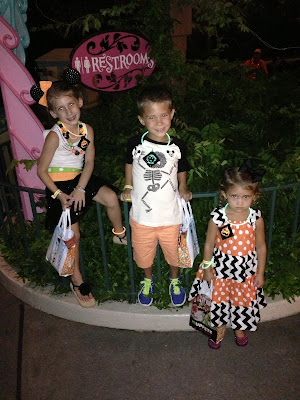 A big highlight of the night was the dance party with the Monsters Incorporated guys. There were about five monsters that showed up and a DJ played some decent party music. Connor ran out on the dance floor and danced it up with Mommy, Kenlyn and Angel. We tried to get Sissy to dance, but she really wasn't feeling it. 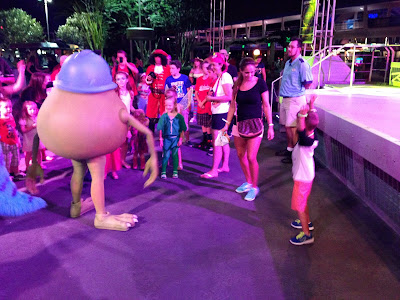 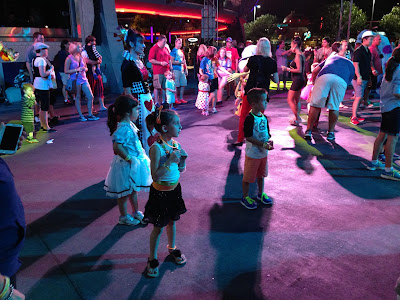 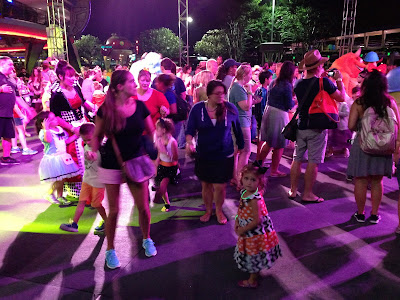 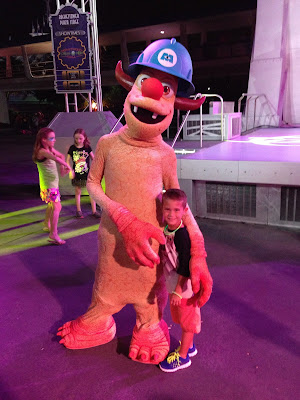 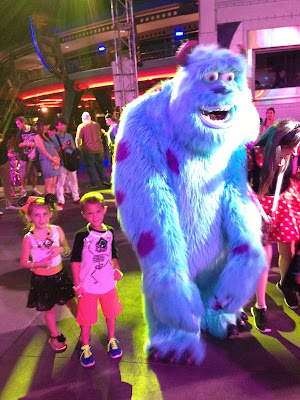 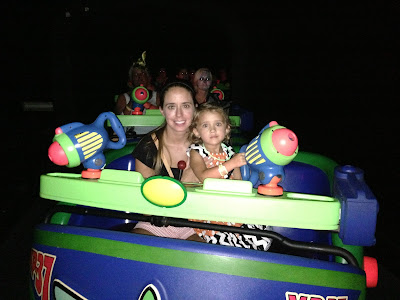 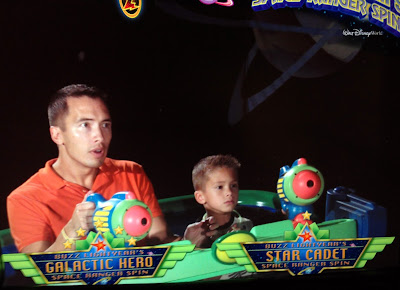 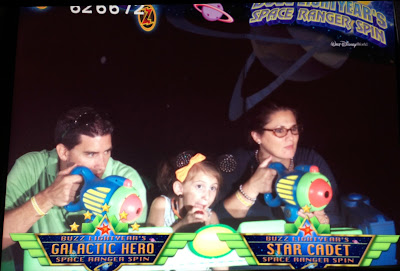 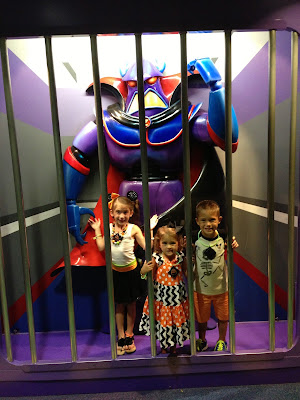 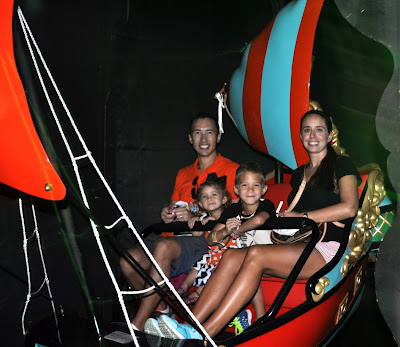 We left the park around 11:30 and got back to our car at midnight. The kids were exhausted and fell asleep pretty quick in the car. This year we decided to drive home and although it was a bit painful to drive for two hours after a long day, it was worth it when we got home and were able to take a shower and go to sleep in our own beds.

Overall, it was one of the most fun times we've had at Disney. We're already thinking about when we could go down again this fall to Orlando and we're definitely looking forwards to the Disney Christmas Party.
Posted by Shawn Vernon at 12:25 PM