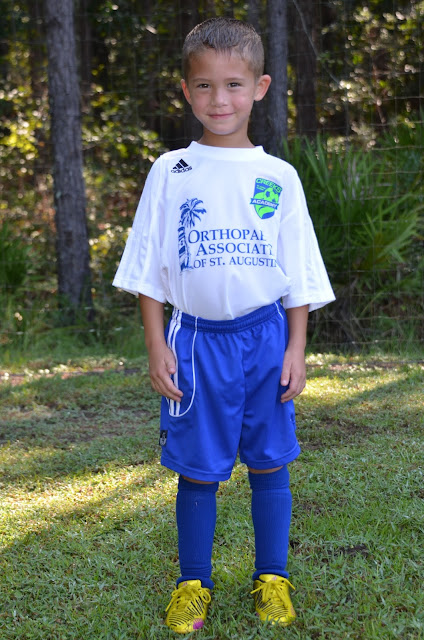 It's soccer season again and Connor started with a new club with Creeks - Academy soccer. Connor's been going to practices for a few weeks and today was the first game(s). We have grown accustomed to the way that the recreational league worked with formal teams and matchups. Game day, so far, with Academy are more like scrimmages with the children on random teams and they switch matchups multiple times throughout the hour. It was pretty fast paced with the coaches tossing in new balls when the balls went out of bounds. According to the head coach, the goal at this point is to keep the action moving and the kids playing and touching the ball. 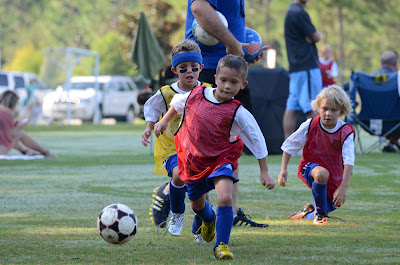 Connor got a lot of playing time and scored four or five times throughout the day. They did 3 on 3 and he did have to sit out occasionally since there were five boys on his team. He enjoyed cheering for his buddies from the sideline too. 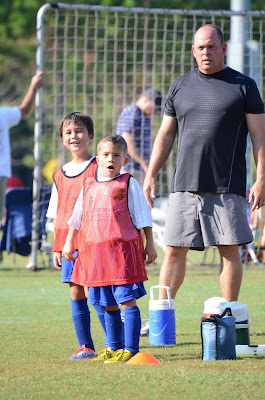 It was a hot day and we were happy to go back home and swim afterwards. Paige and Connor spontaneously held hands on the way back to the car and I snapped a quick pic. Paige looks thrilled in the pic and Connor looks tired and hot. 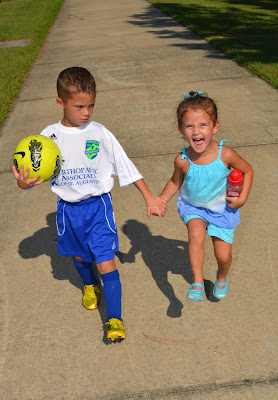 Eventually, it sounds like they'll put the kids with others that are more in their skill level and perhaps on formal teams. It was fun to see our little man play today, he seems to be enjoying the season so far. 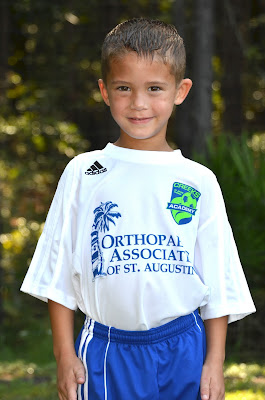