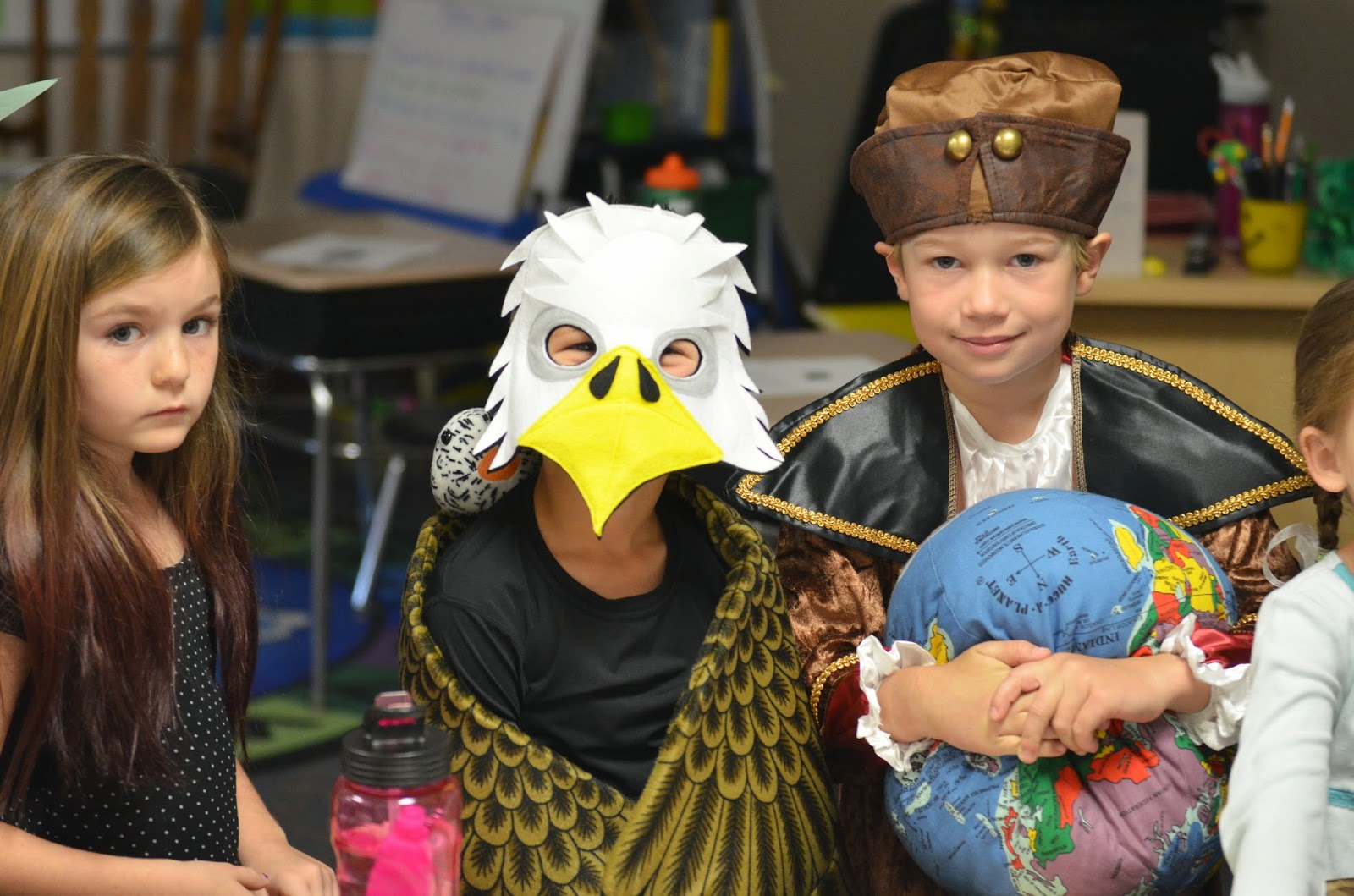 This week, Connor's first grade class presented their "Living Museum" project at school. Last year, when Connor was in Kindergarten, we saw all the first graders when they dressed up for their project and we heard that it was a big deal. We've been nervous about it all year, and have heard that in many cases the parents have to do a ton of work helping with research and planning and doing it all. Connor's teacher decided to have a different approach and instead set up class time to work on the project and made sure that the children were the ones researching their topic and doing pretty much everything besides putting together the costume/outfit. There was no homework for the past few weeks and instead we just worked with Connor to review his presentation and make sure he was ready. It was actually a nice break for Andrea, although she did still work on his reading and spelling words.

On Friday, I went to his school to see how it all turned out. First, all the first graders walked together in a parade through the school to show off their costumes. 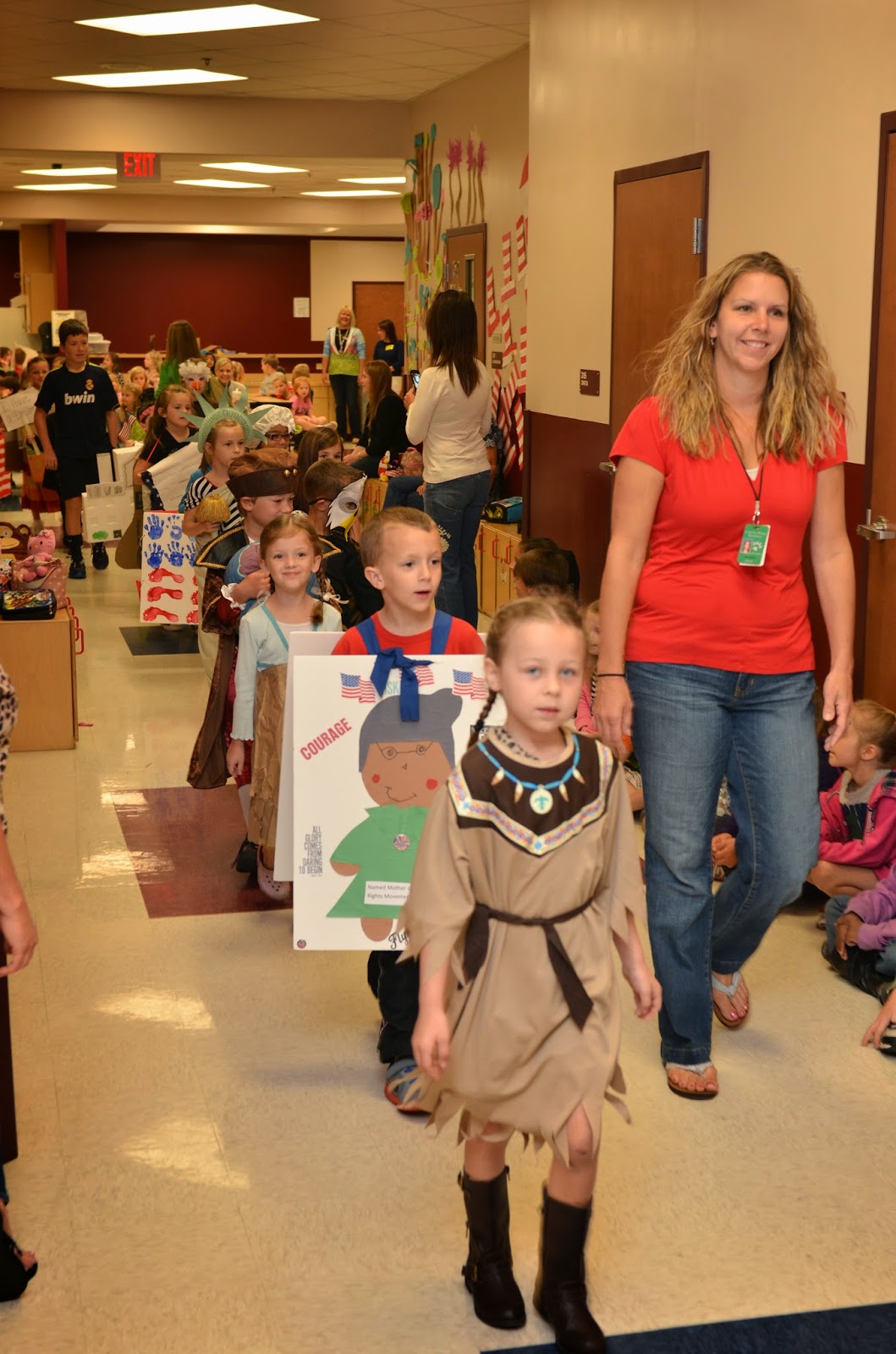 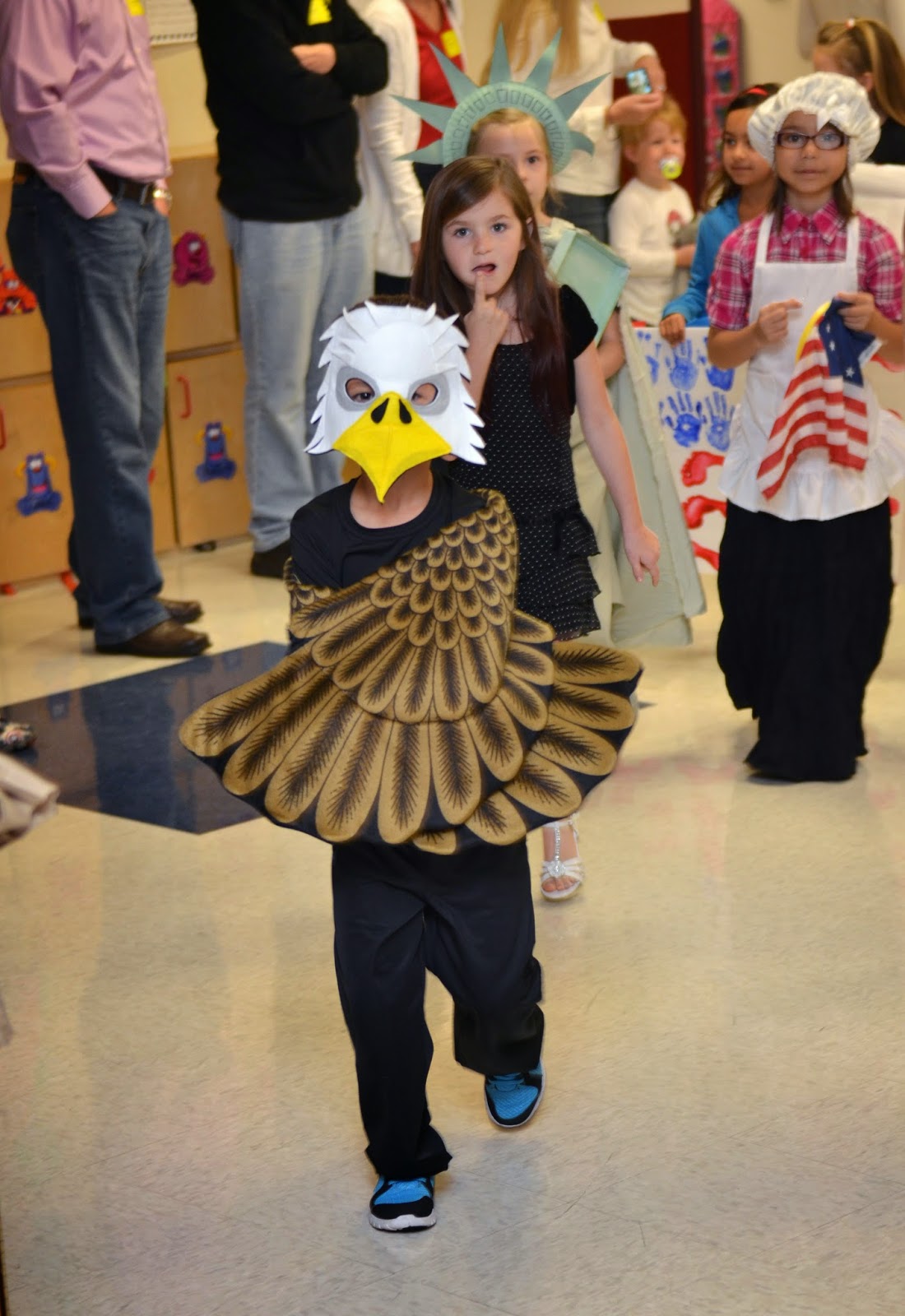 For Connor's "American Symbol", he chose the Bald Eagle. Andrea got the mask off Etsy and the wings from Amazon. It turned out pretty cute. 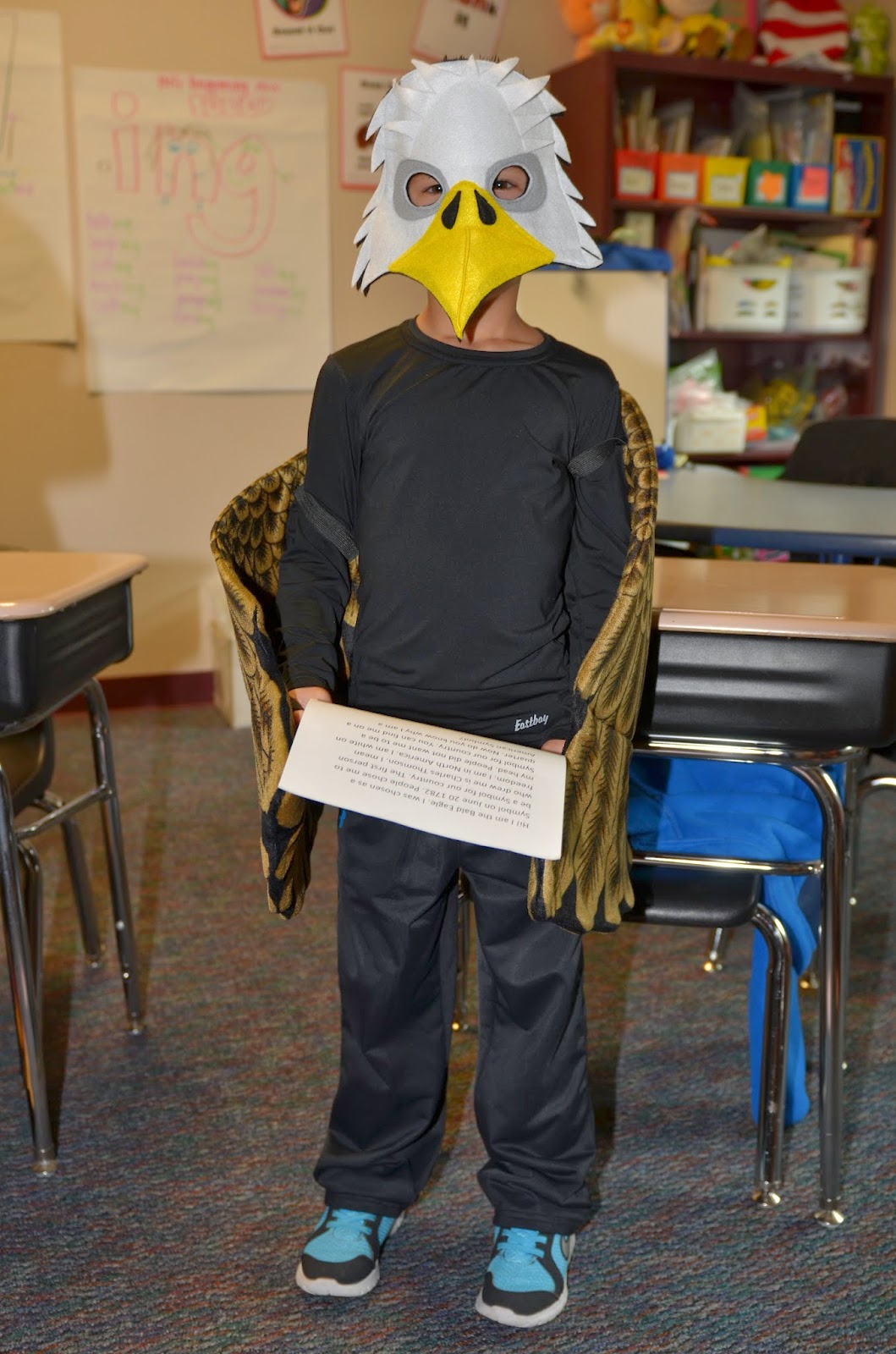 After the parade, the kids went to their assigned stations and then the "Living Museum" came to life. All the parents and some kids from other classes came through. When someone pushed their "button" (the paper plate on the floor in front of them), they would talk through the facts they learned. Some of the kids would read them, and some had their facts memorized. Connor did his mostly from memory. 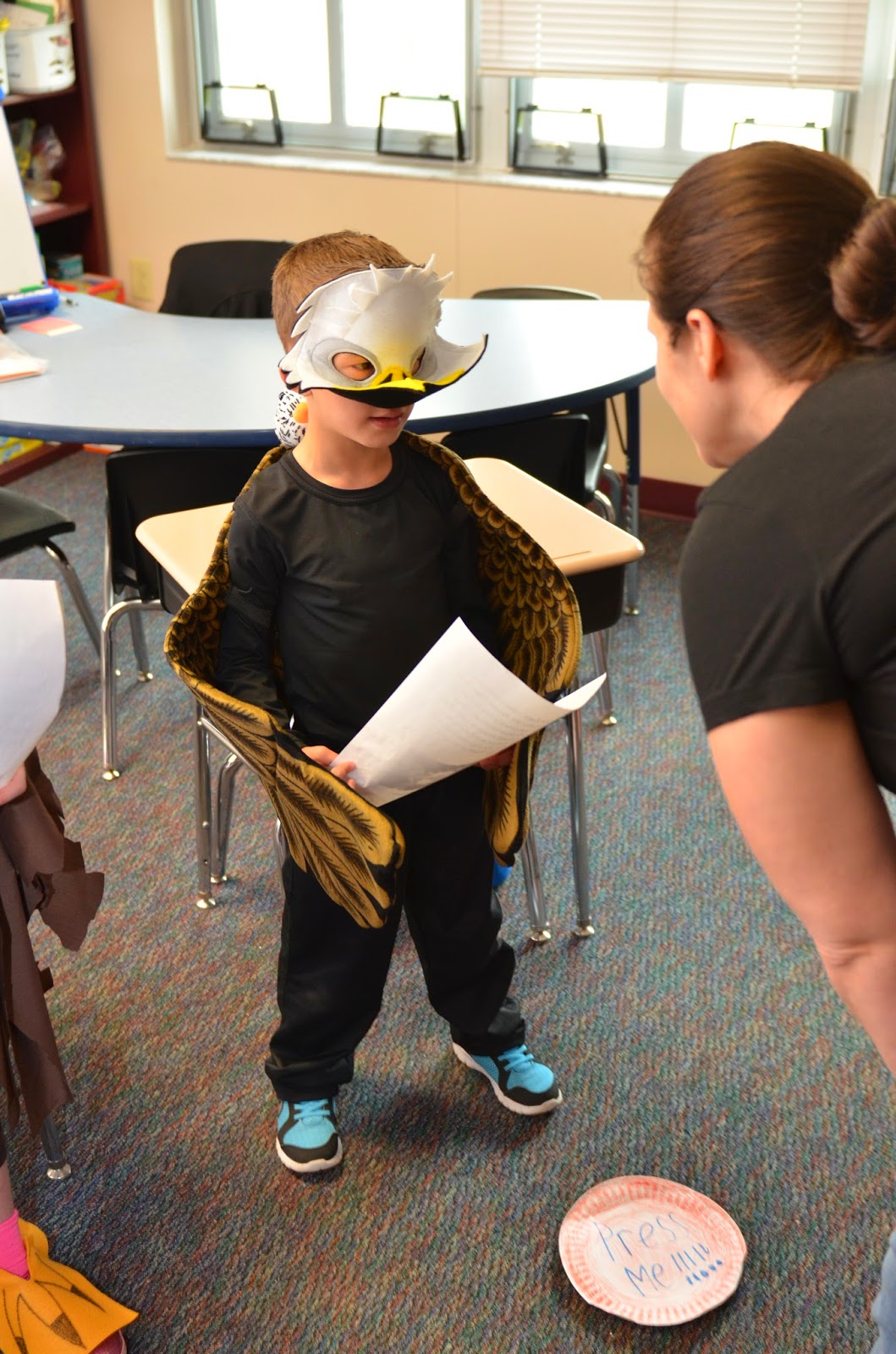 It was awfully loud in the classroom, and it was pretty hard to hear the kids when they talked. Connor did very well with his work and his presentation. He got a 100 out of 100 for his project! 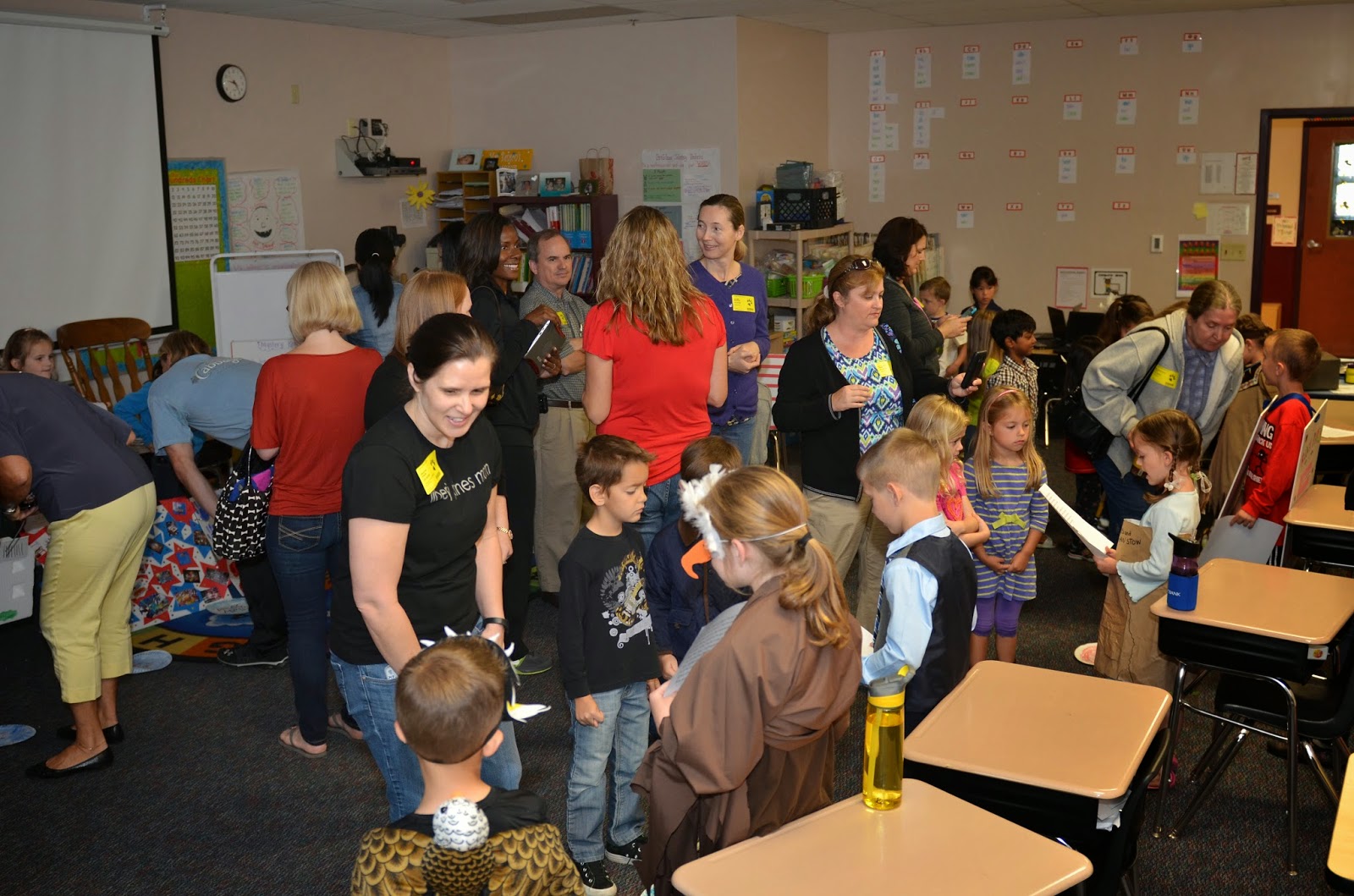 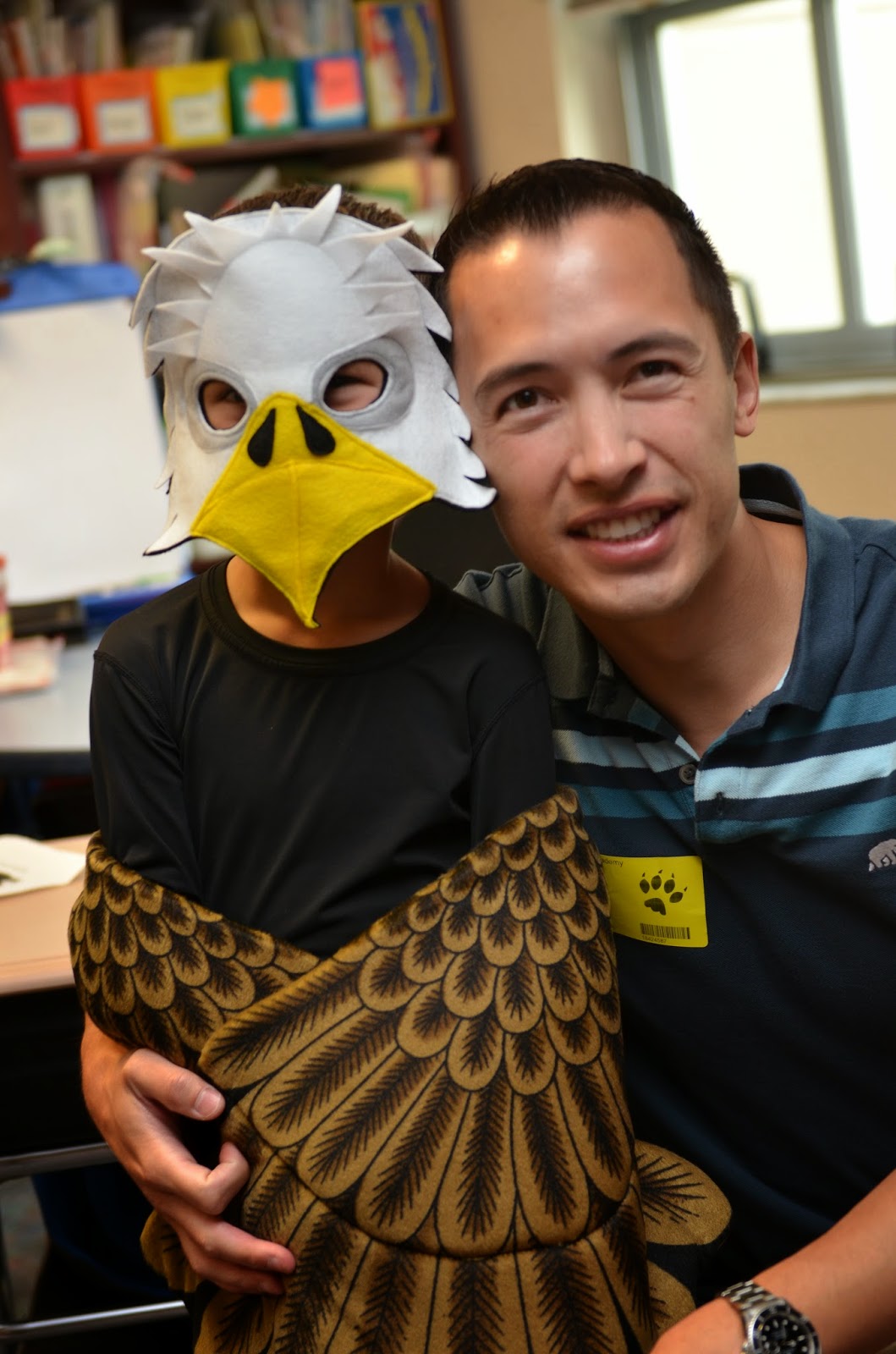