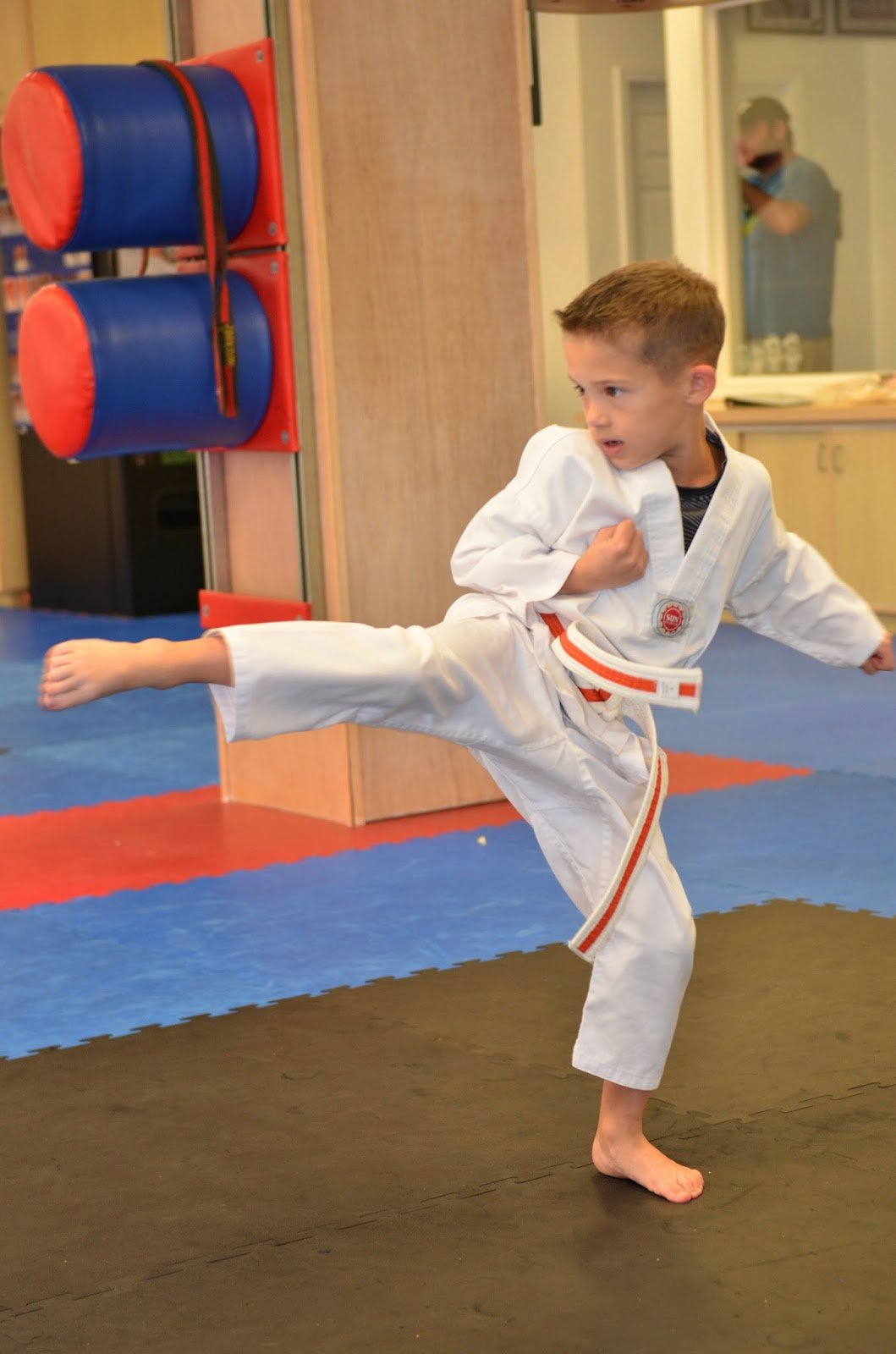 Connor had his second karate test today. We showed up about an hour earlier than we were supposed to for his test, and there were kids testing for other belts when we arrived. Thankfully one of the black belts took us aside and let Connor test individually for his new belt. Connor went through everything as he'd been practicing and did awesome. 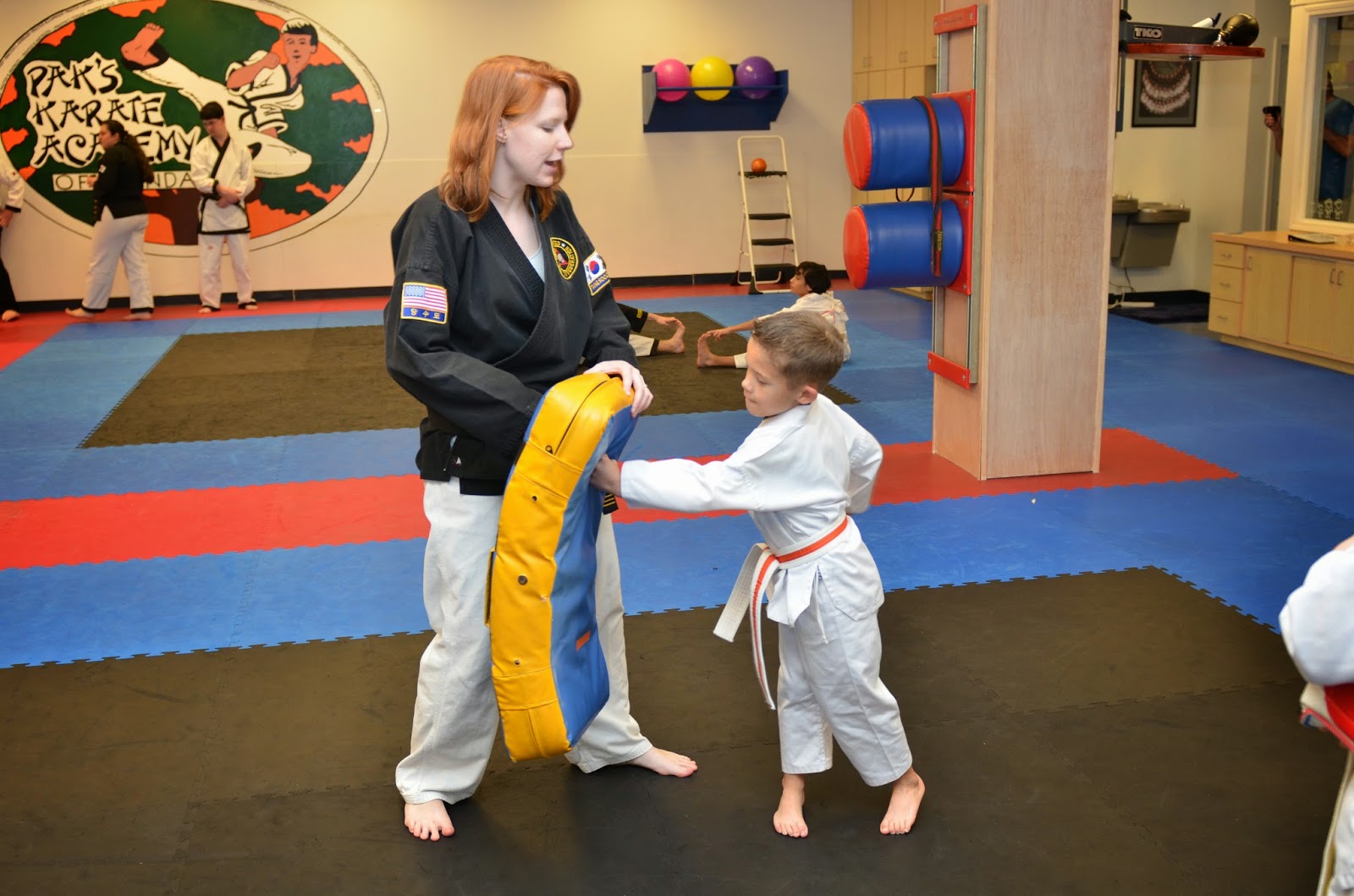 The instructor prepped Connor for the board breaking and Connor broke it again on the first try. He said this board was actually easier than the last one. 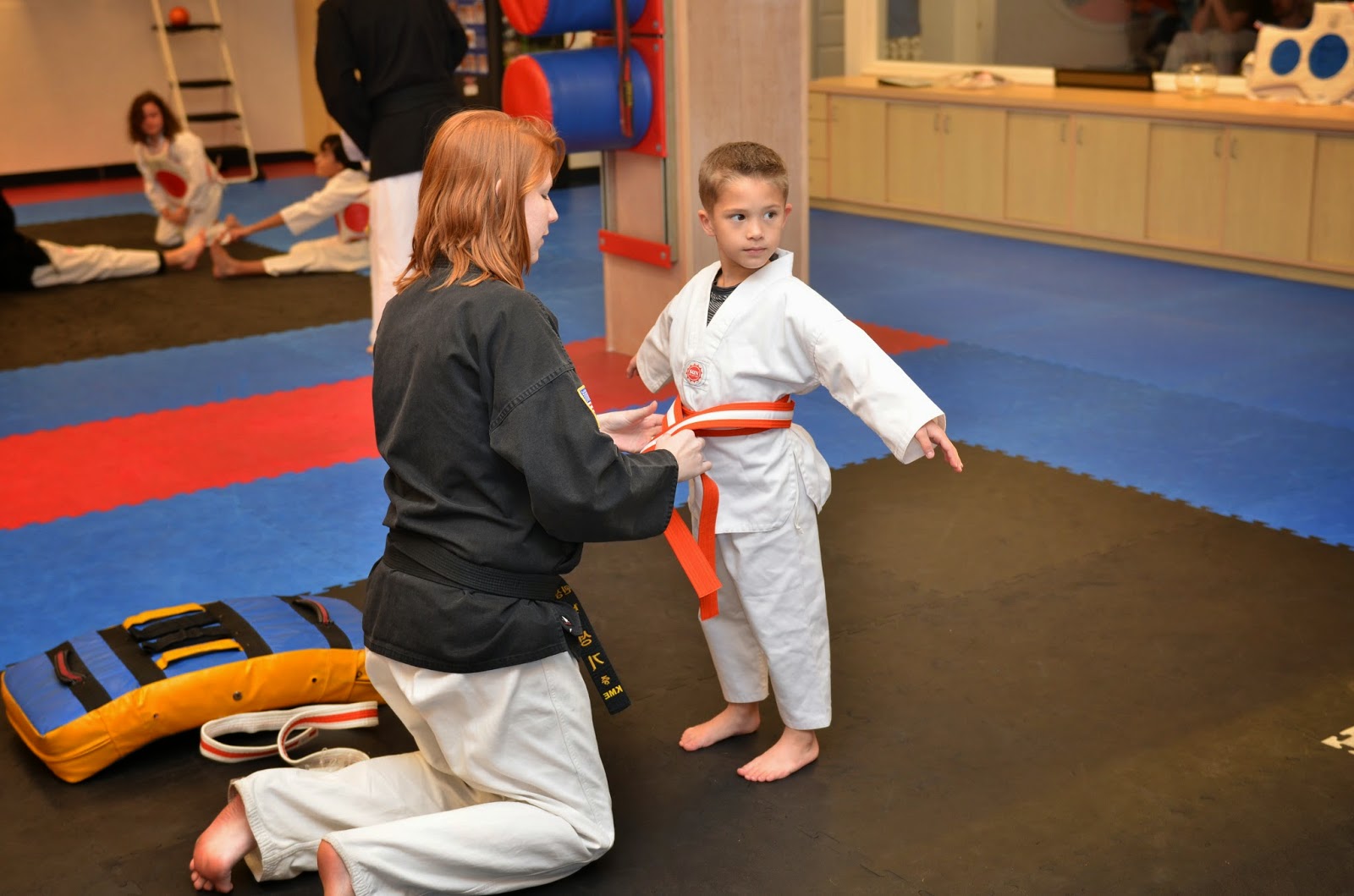 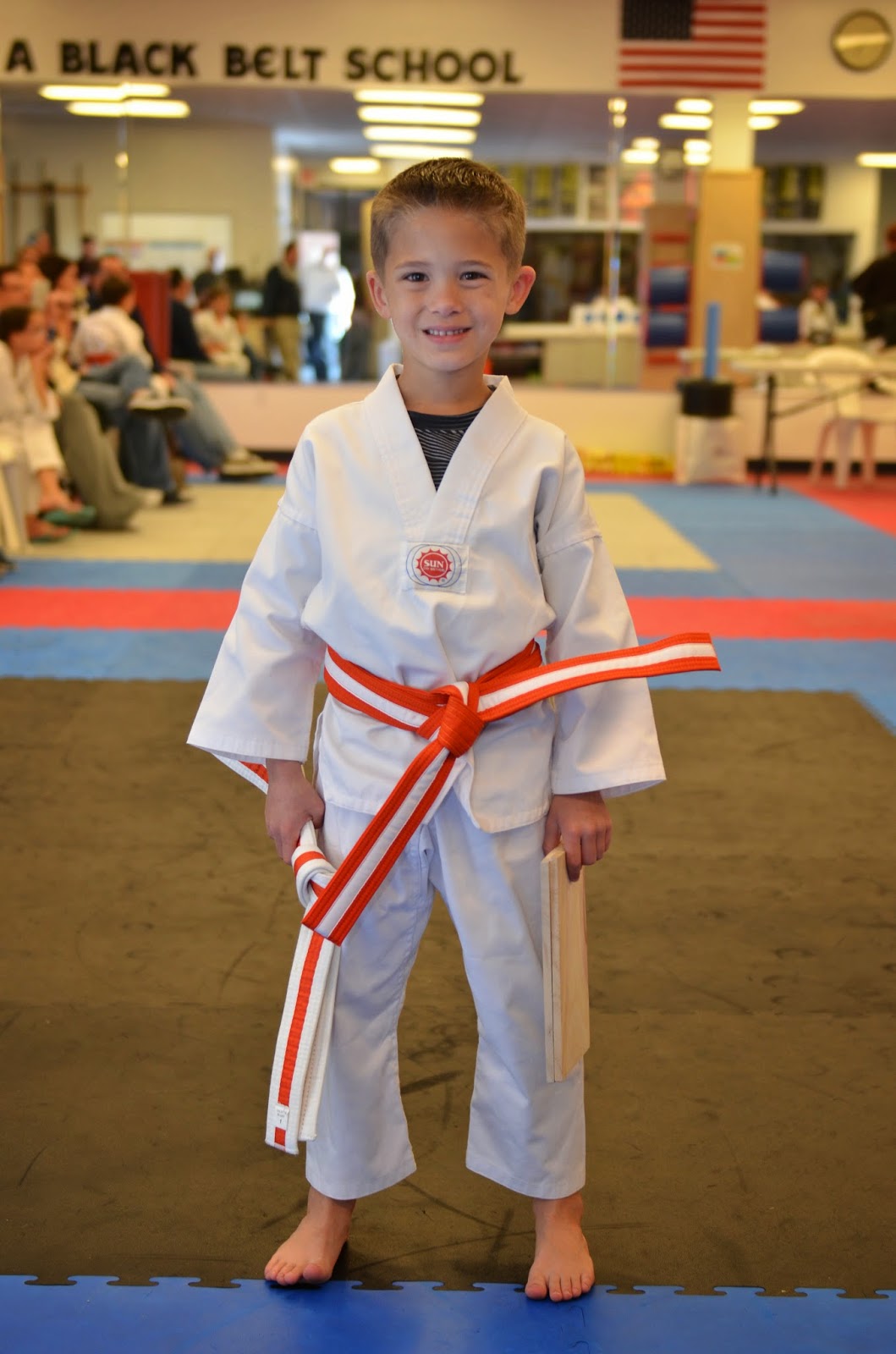 Wow. Moving up the ranks. I hope he enjoys it as much as he did.