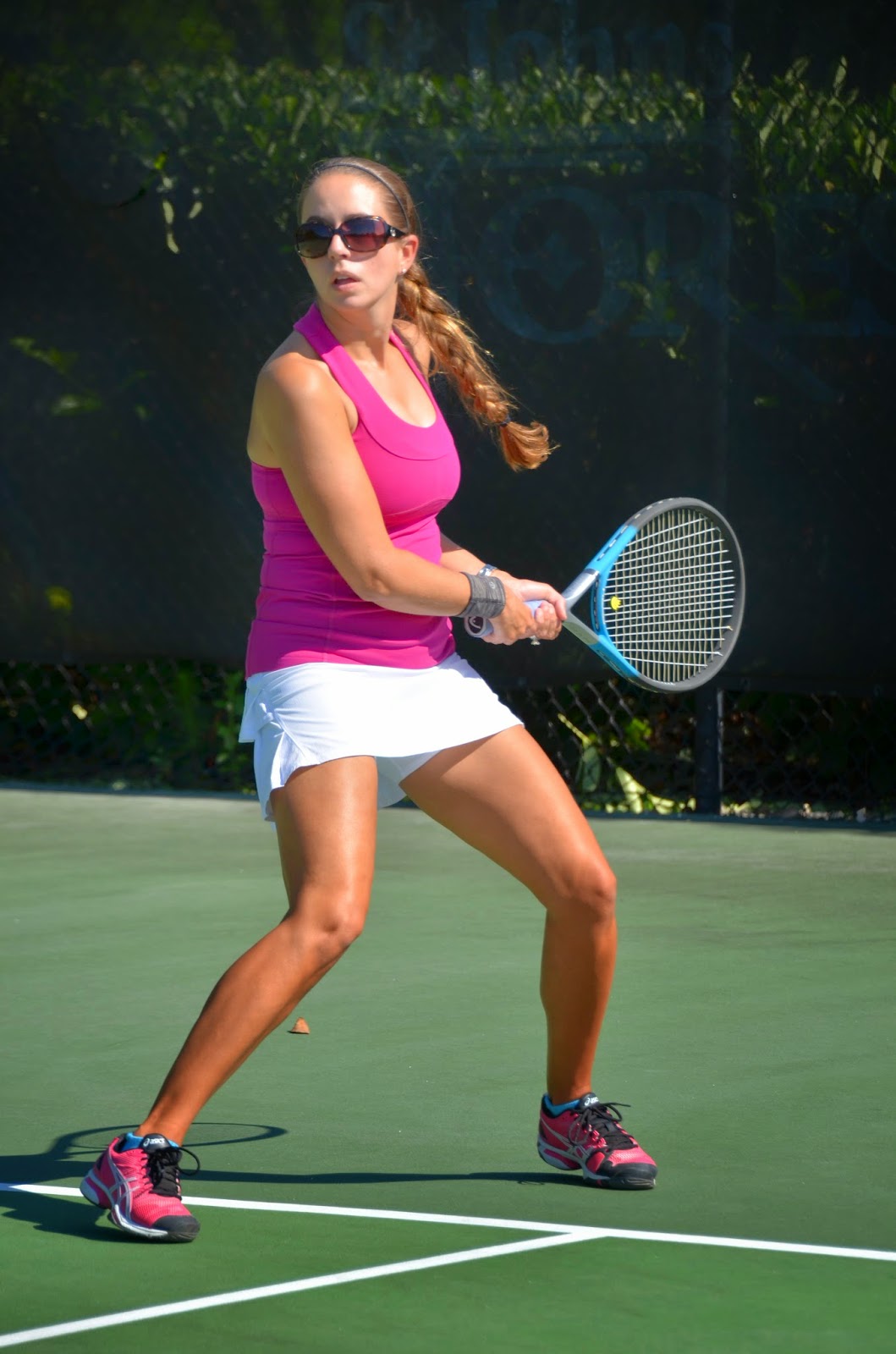 Andrea's really gotten in to her tennis lately. When we first moved down here, we saw that there were golf courses and tennis courts everywhere. She decided to give tennis a try and took some lessons with the neighborhood pro and with some other groups. For a long time, Andrea just did lessons and group practices, but never did games. Finally, she decided to try a flex league where you play singles matches against other people that were signed up. You had to meet strangers at random tennis courses around the area and it didn't end up being much fun. She took a little time off from tennis, and then heard about a country club league that some of her friends were really enjoying.

In November, Andrea started tennis at Julington Creek Plantation. She joined the beginner group, the D-Team, and after doing some clinics and lessons she started playing in the matches. She liked a lot of things about the new league. The group of ladies were very fun and welcoming, and Andrea found it was more enjoyable to play doubles. Andrea joined the team in the middle of the season and so far has played 7 matches with the team and is 6-1. She's also played with a USTA group and subbed for the C team and is 3-0 with those games. 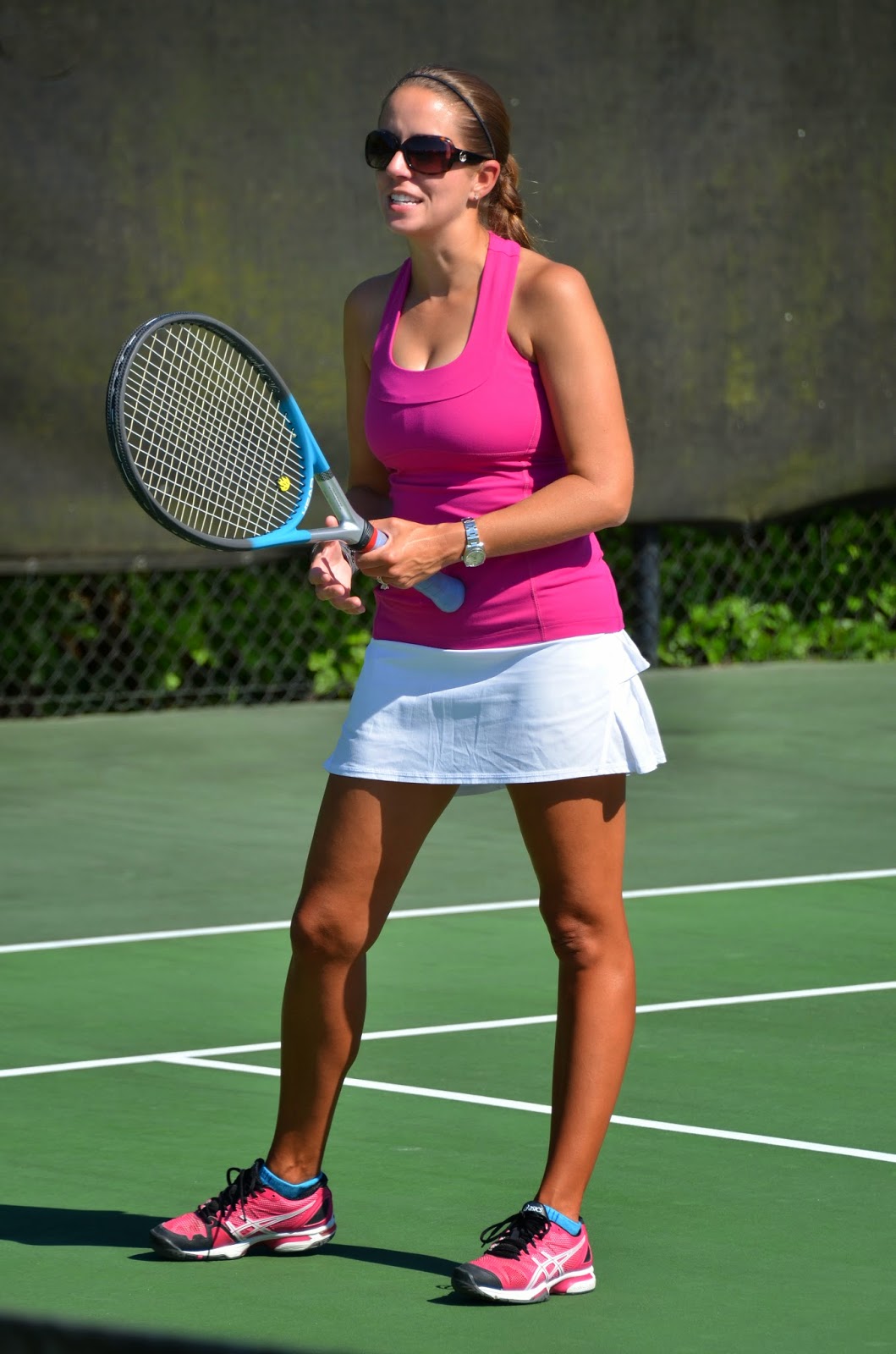 Overall, Andrea has had an awesome time, addicted to it, and every week she's excited to play her games. 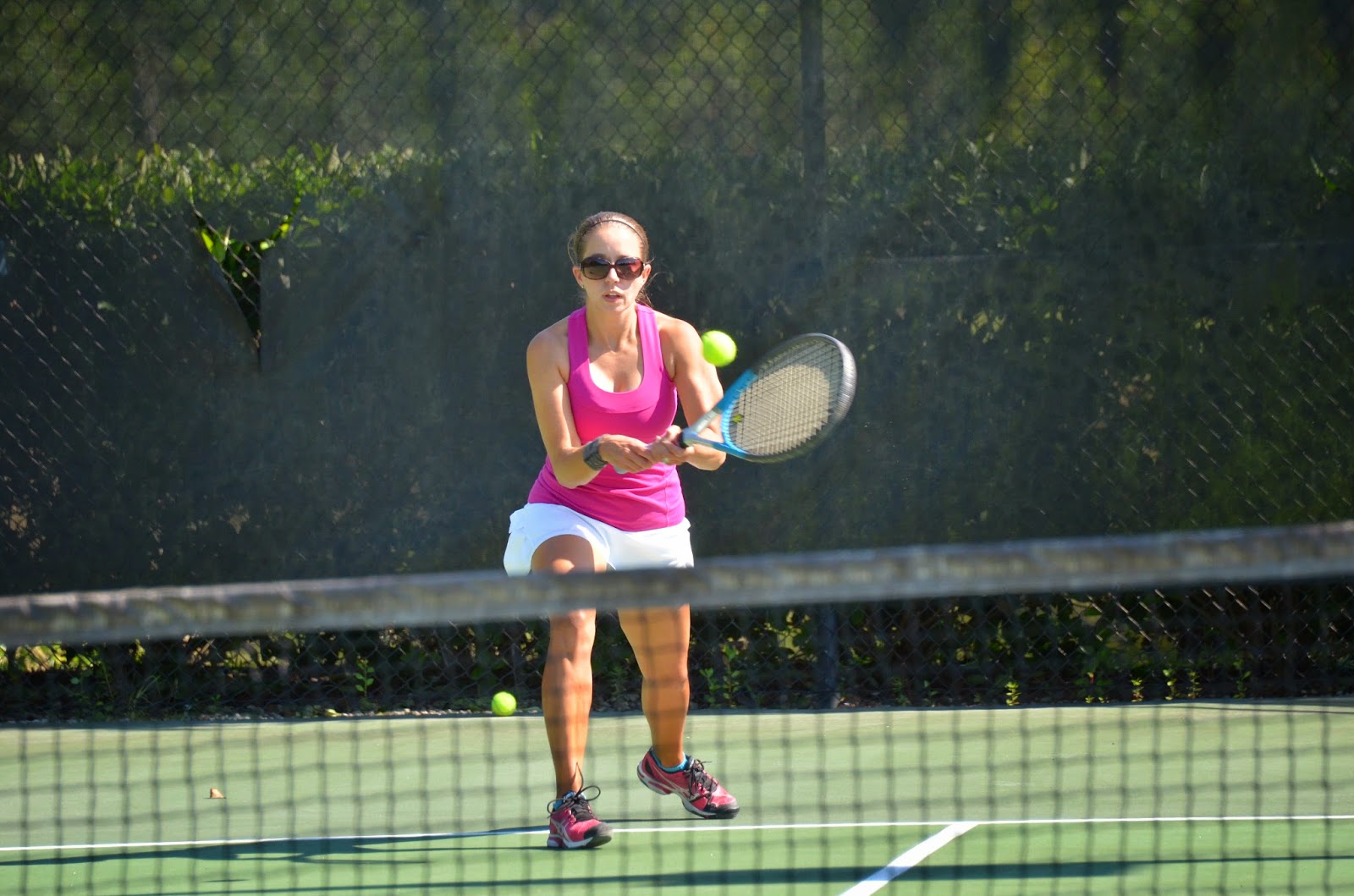 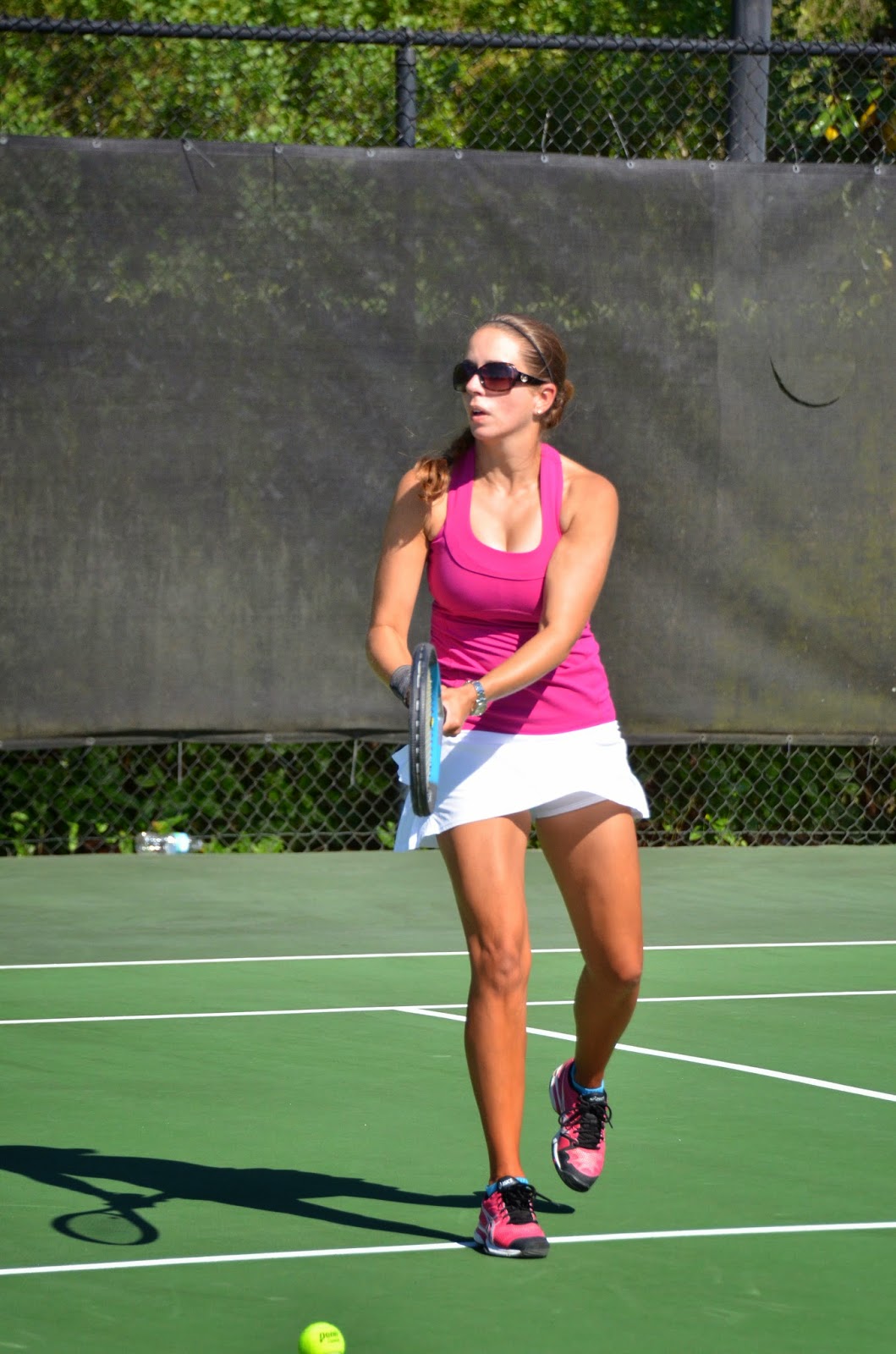 At her private lesson last night, I snapped some pics of her working with Jeff. He's been coaching the D-Team, does group lessons for both our kids, and private lessons with Andrea. 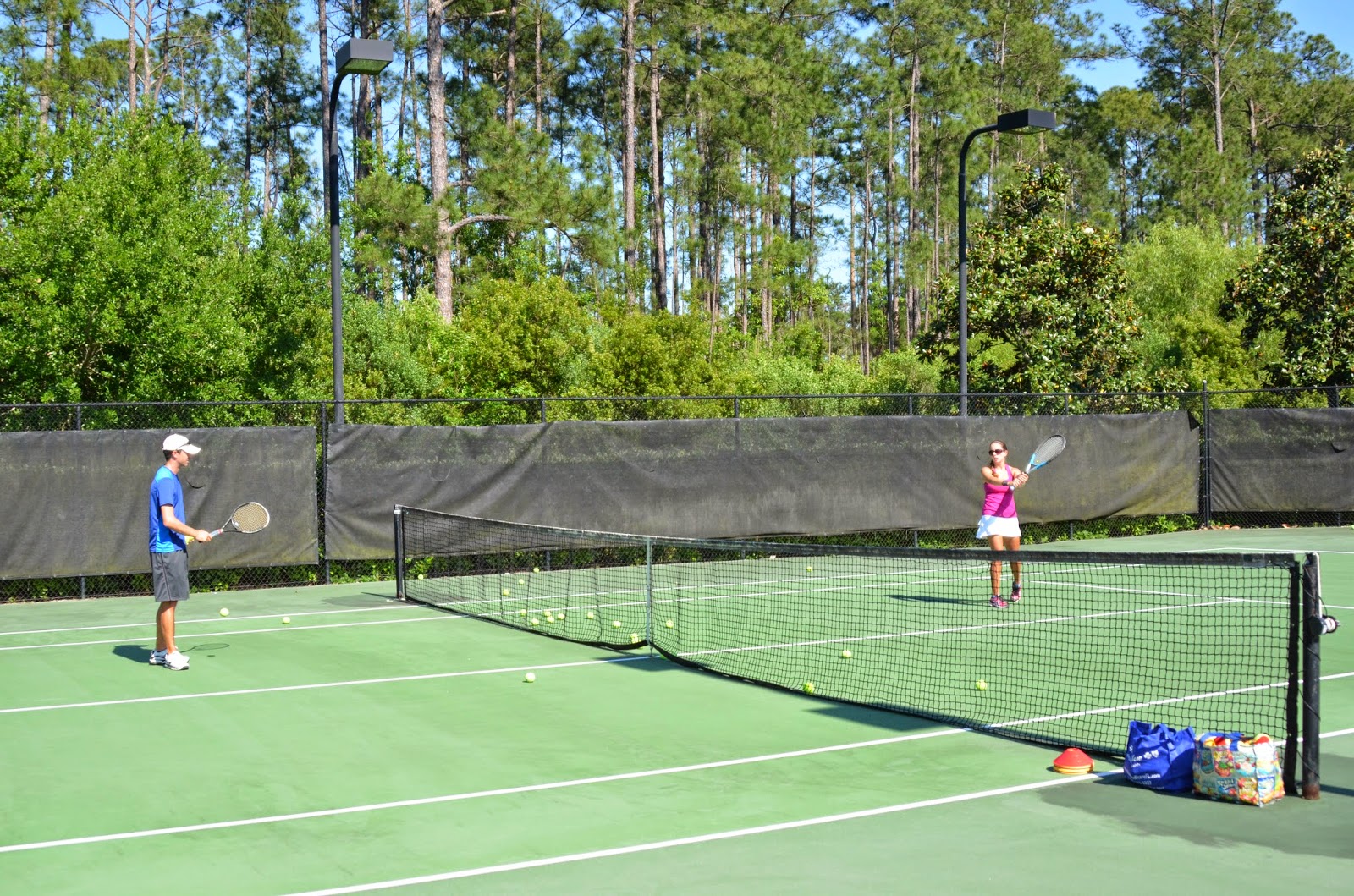 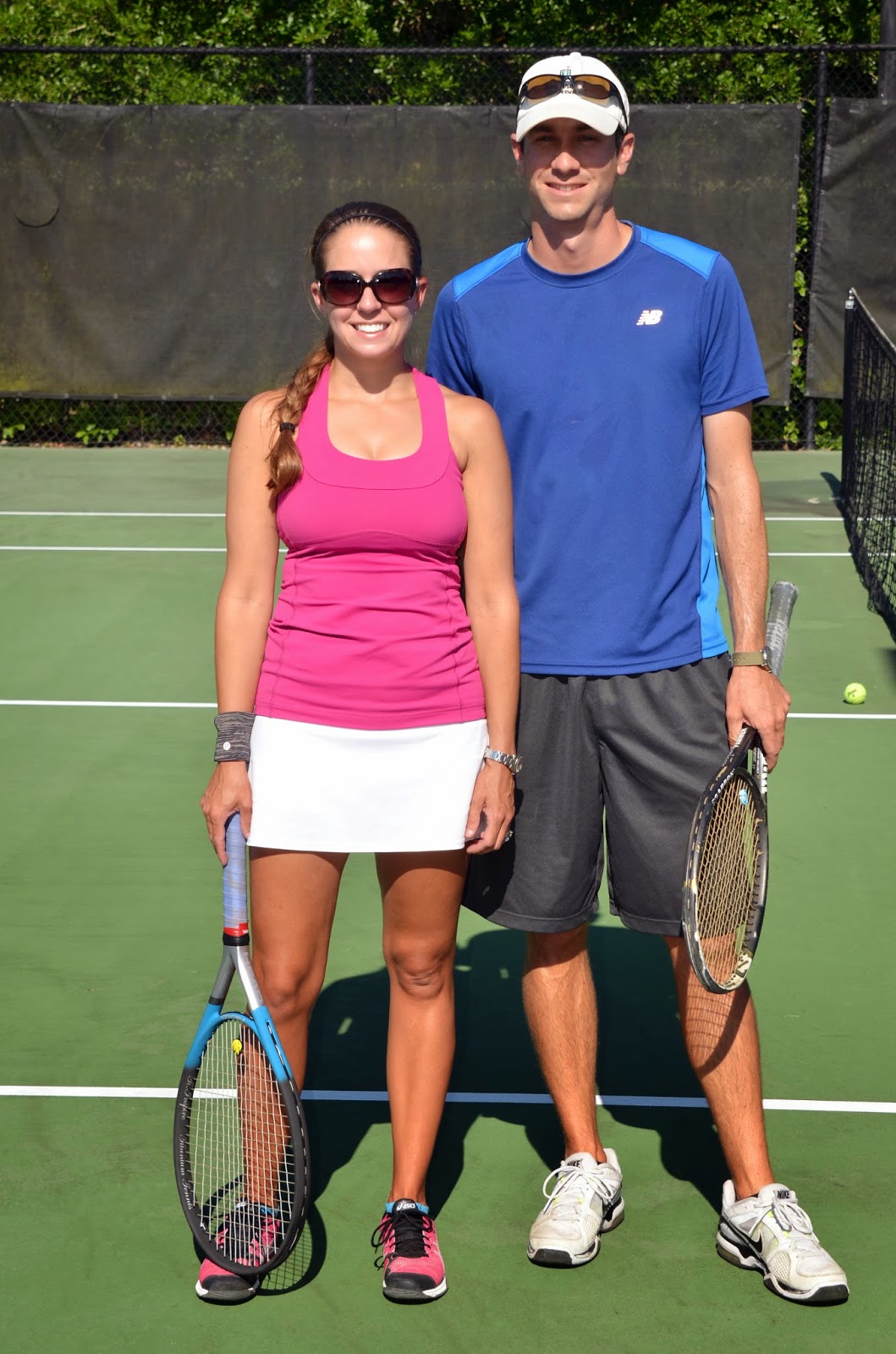