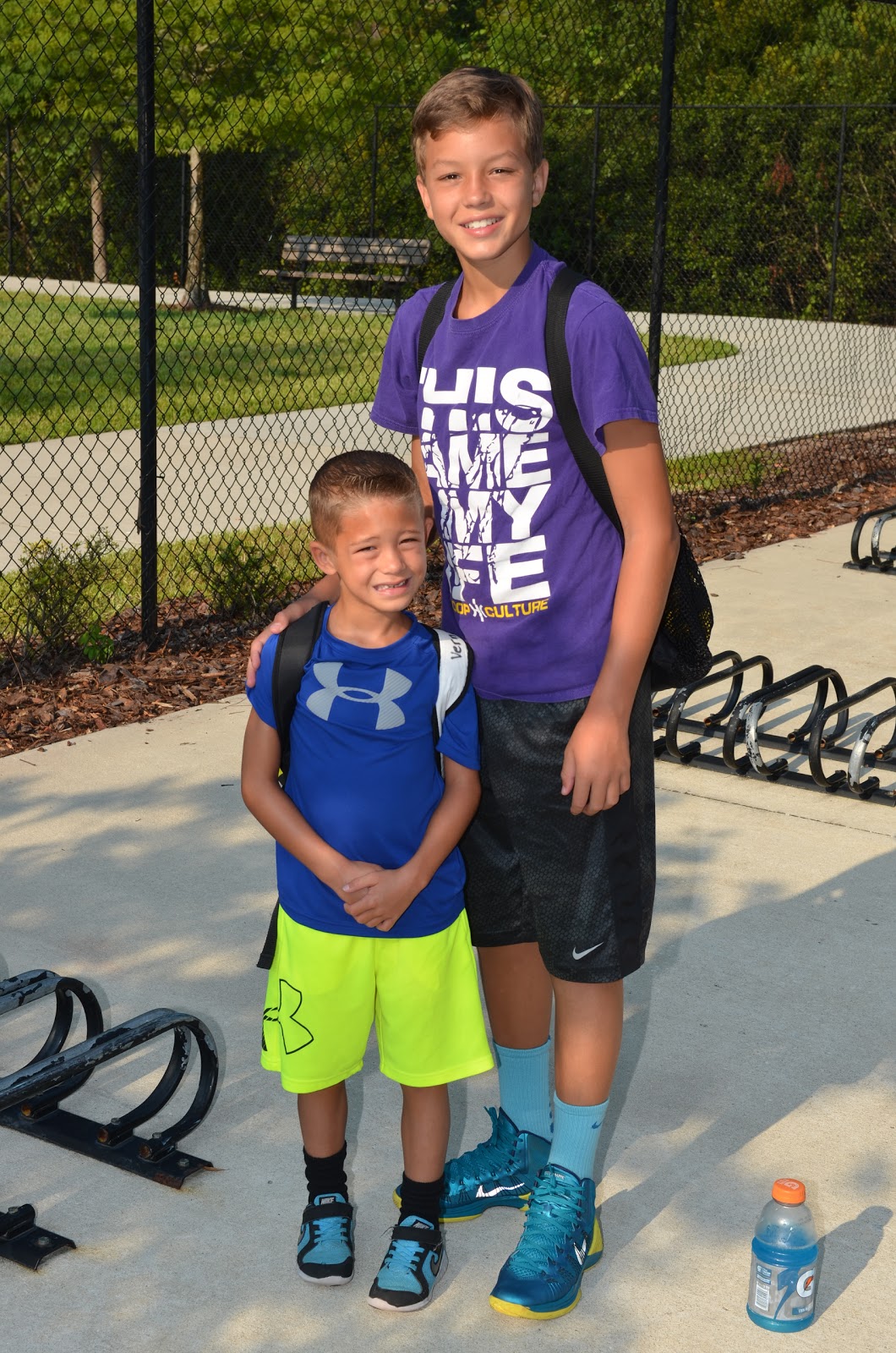 Connor has had such an amazing summer and he's really enjoyed all his camps. Mommy has done a great job finding fun camps in the area and shuttling him around and getting him ready every day. He's done Tennis, Soccer and Basketball camps. The past few weeks he's really liked going to basketball camp and there's a big boy there named Connor that he really likes. He always is talking about how he got put on a team with Big Connor and how well they played. After his basketball camp the kids go to the pool to swim and play ping pong and Connor has so many buddies that buy him snacks and hang out with him. Andrea gave him some money recently so he can buy himself and his buddies some snacks too and it's good for him to manage a little bit of money. I say all the time how I wish I could live his life, he's such a lucky guy! 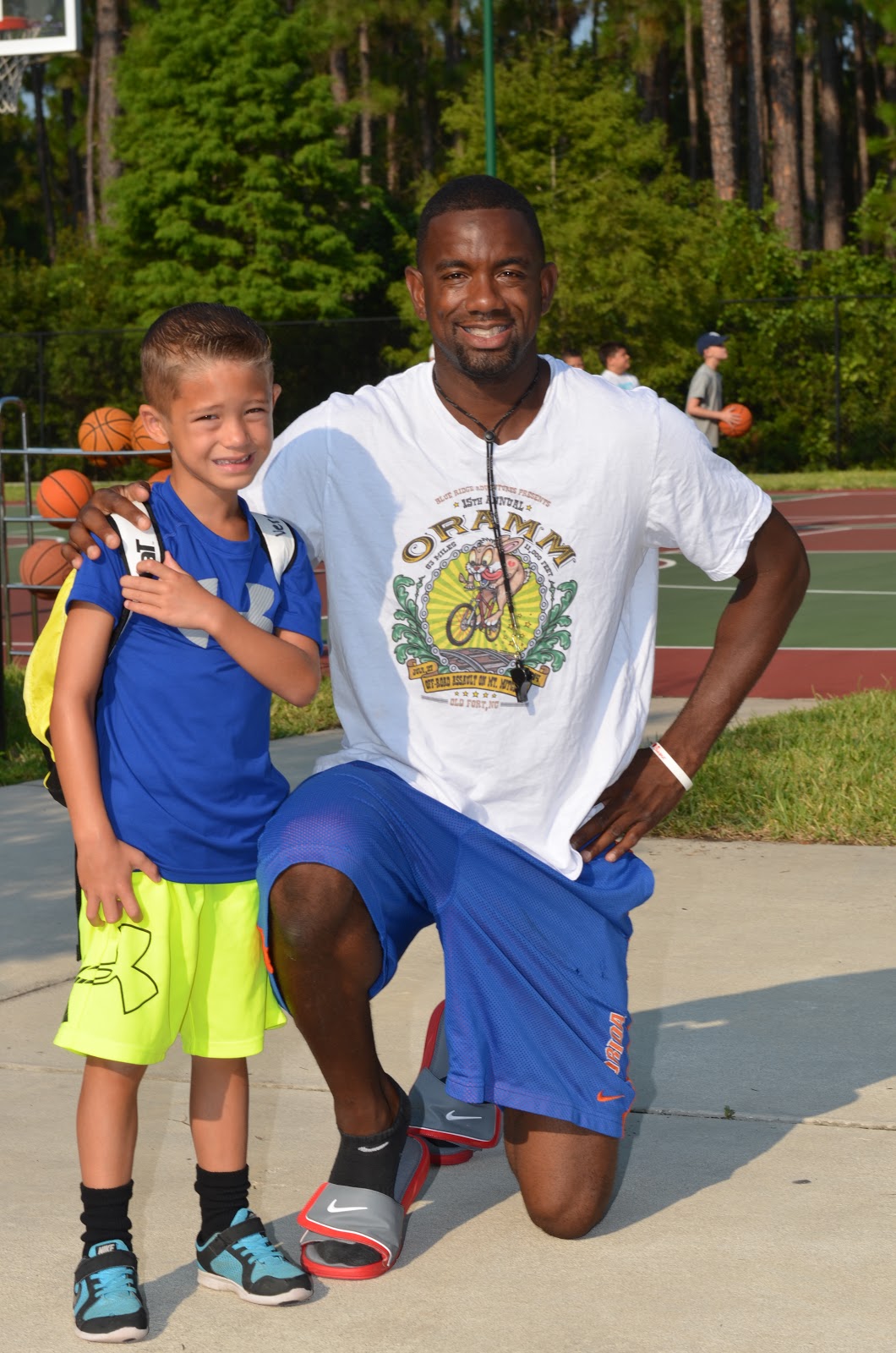 Coach John's very nice and does a great job keeping the basketball camp challenging and fun. He's commented to Andrea on a number of occasions that Connor's improved substantially over the summer and since the last time he attended camp. He thinks Connor has great ball handling skills and is going to be a great basketball player.
Posted by Shawn Vernon at 3:55 PM