Connor and the armadillo 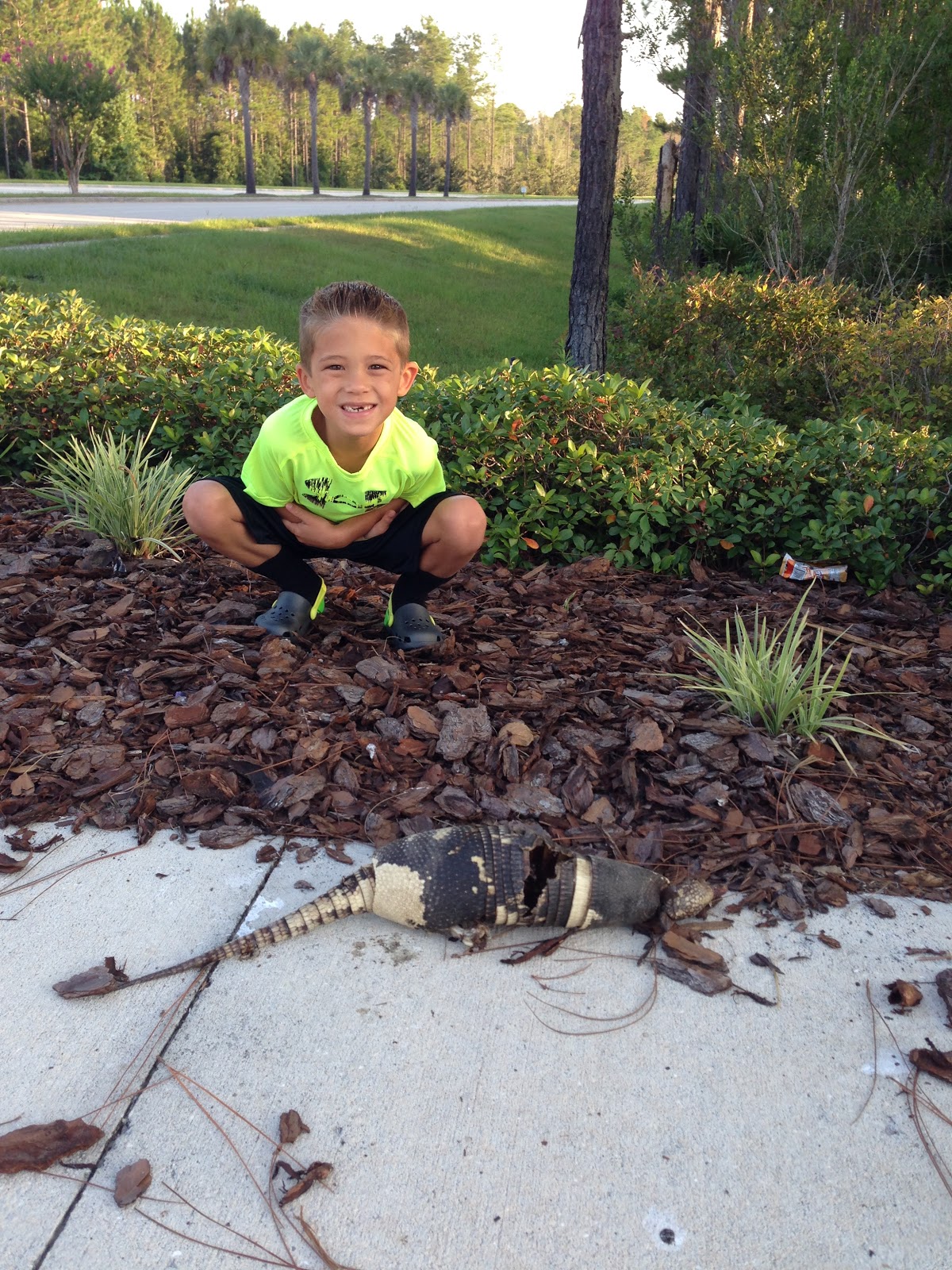 When I was dropping Paige off at school, Connor rode along with us. He spotted an armadillo on the side of the road on the way to the school and on the way back I saw it and decided to stop. It turns out the armadillo was dead and gutted, really it was just his shell that was left. We took a look at it and then Connor decided he wanted a pic with it to show Mommy. He was very interested in it and it was kind of neat to talk with him about it and check it out.
Posted by Shawn Vernon at 2:37 PM