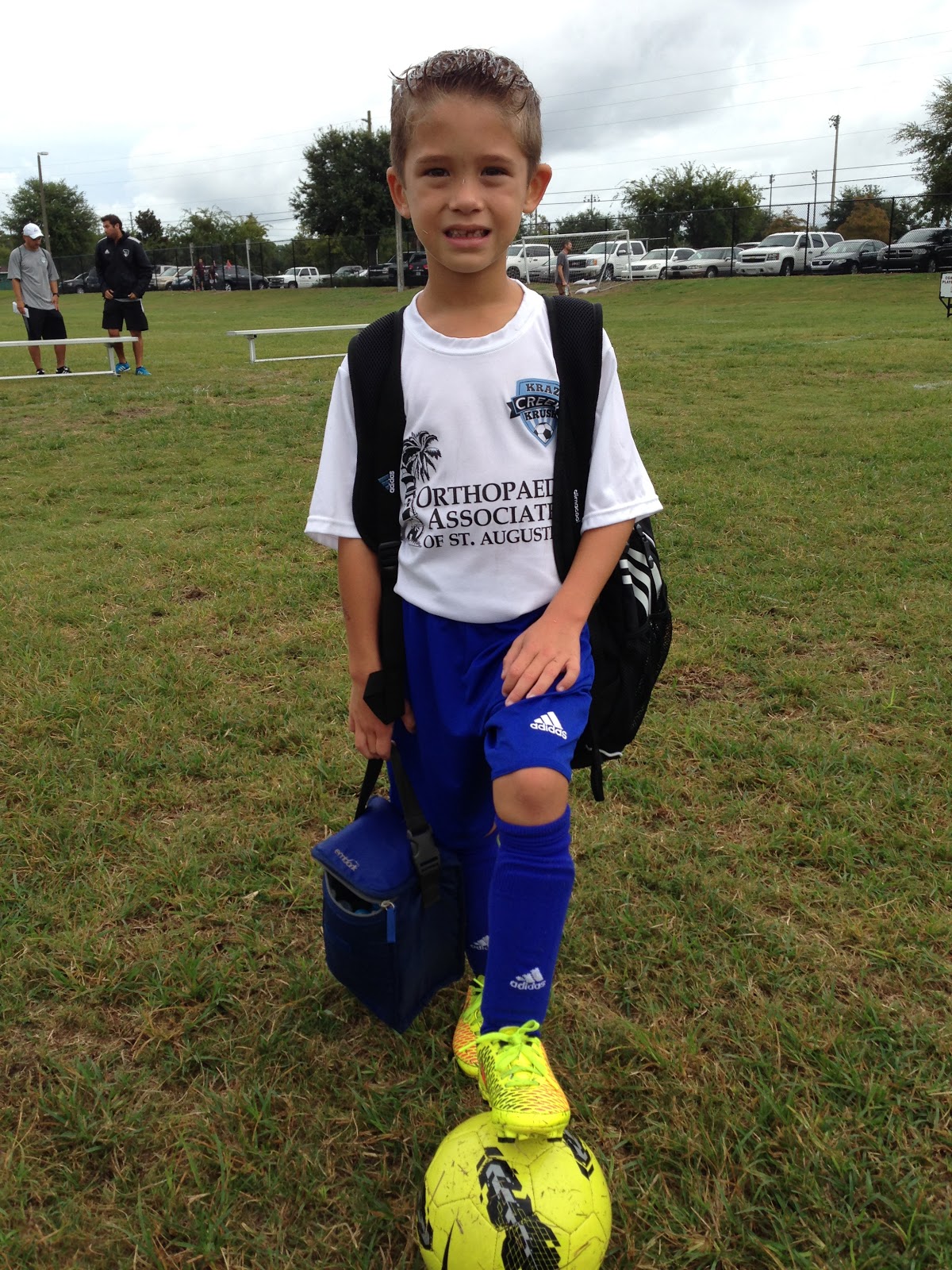 Connor had his second game with the Bridge team this past Saturday morning. It was raining pretty hard when we got in the car and I really didn't think we were going to have the game, but made the drive across town and showed up for it. The rain was just sprinkling and the fields weren't closed so we got out and the kids got warmed up in the rain. It rained lightly throughout the first half of the game and eventually stopped.

Unfortunately, Connor's team lost this week. They didn't score any goals and the other team was pretty darn good. The other team scored at least 10 goals, but I stopped keeping track after a while. Connor played really hard and gave it everything he had. He ended up getting hit twice in the face by the soccer ball, but he didn't let it phase him. Unfortunately on one of his best chances to score, he got hurt. He was making a break towards the goal and got past everyone on the other team except for one defensive player and the goalie. He got the ball past the defensive player, but the defensive player stepped right in to Connor and ran in to Connor's thigh really hard. Connor got knocked in to the air and landed hard on his arm and head. They stopped the game and Connor cried a little but was able to walk off. He sat out for quite a bit after that, but came back in and did his best.

I could tell he was quite disappointed with the game, but I told him I was very proud of the way he played he hung in there with the older and bigger kids and did his best. That's all we can ask for!

I took a pic of him all wet and dirty after the game. He still had grass and dirt all over his face, but he was smiling! 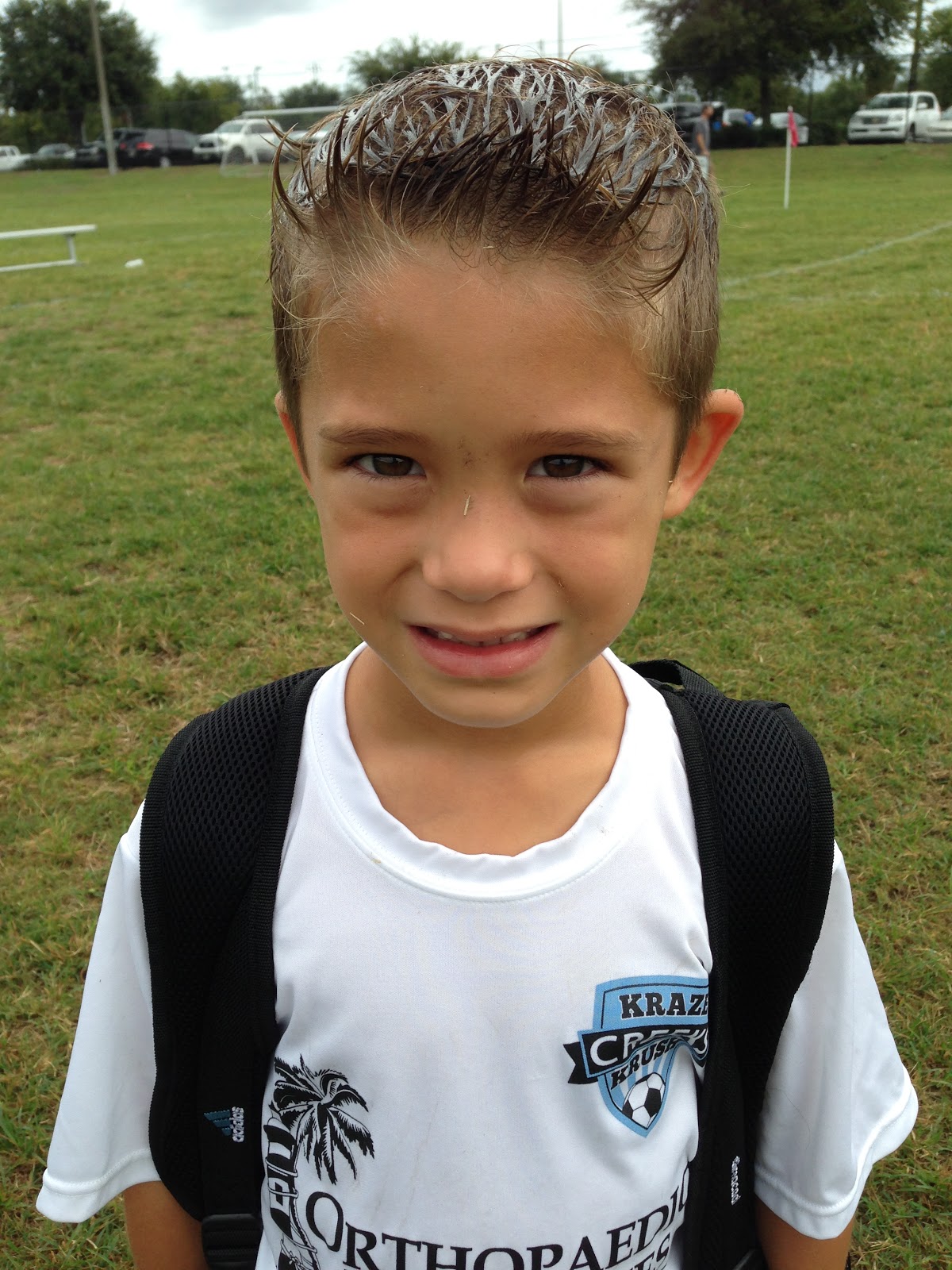