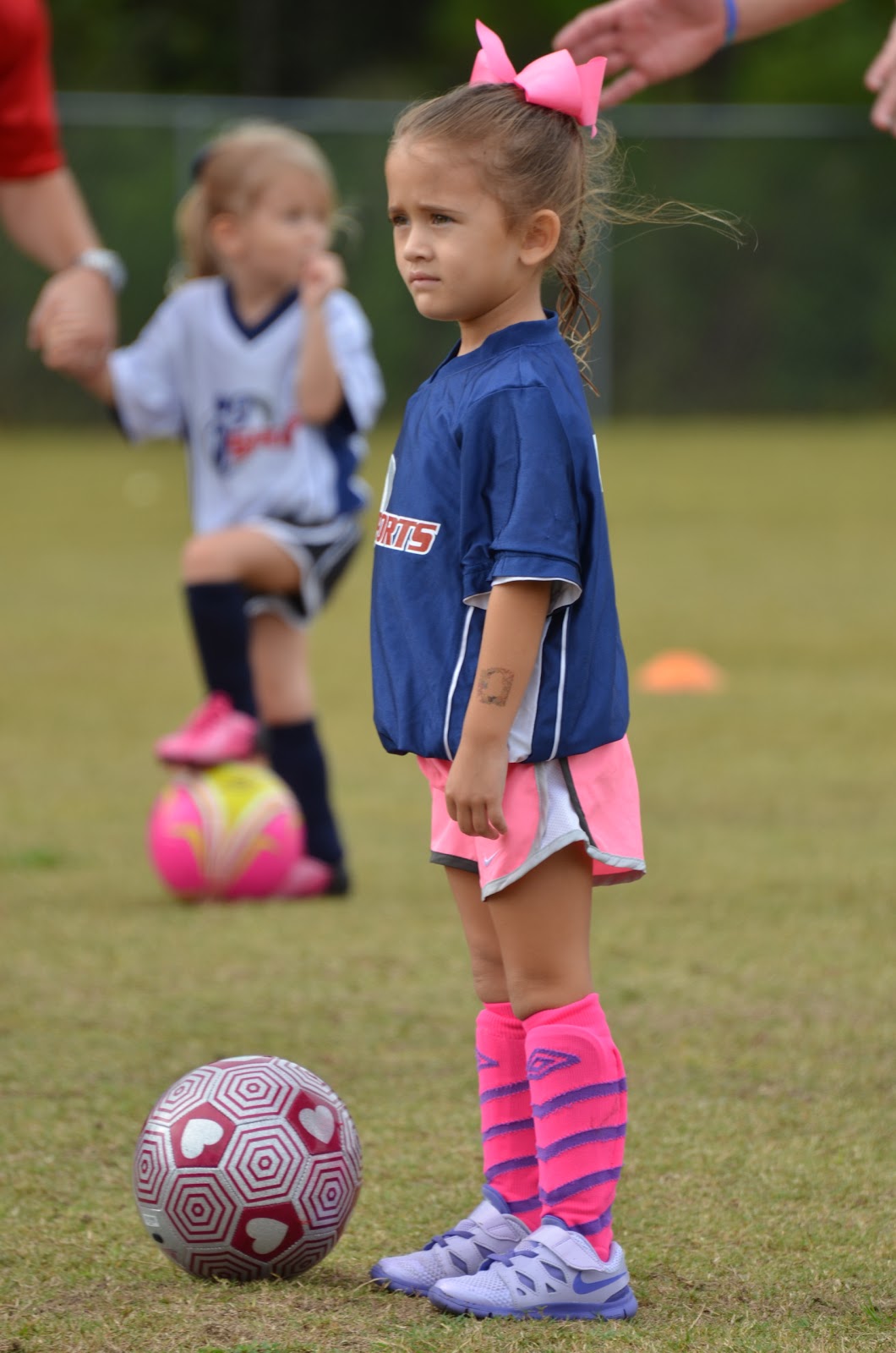 This morning we struggled, but managed to drag our tired booties out of bed to take Paige to soccer. We were pretty exhausted from getting home at 2am from the Mickey Halloween party. When we arrived at soccer, I asked Paige if she would take a pic for me and she ended up throwing a huge fit and missed the first few minutes of practice before she finally settled down. 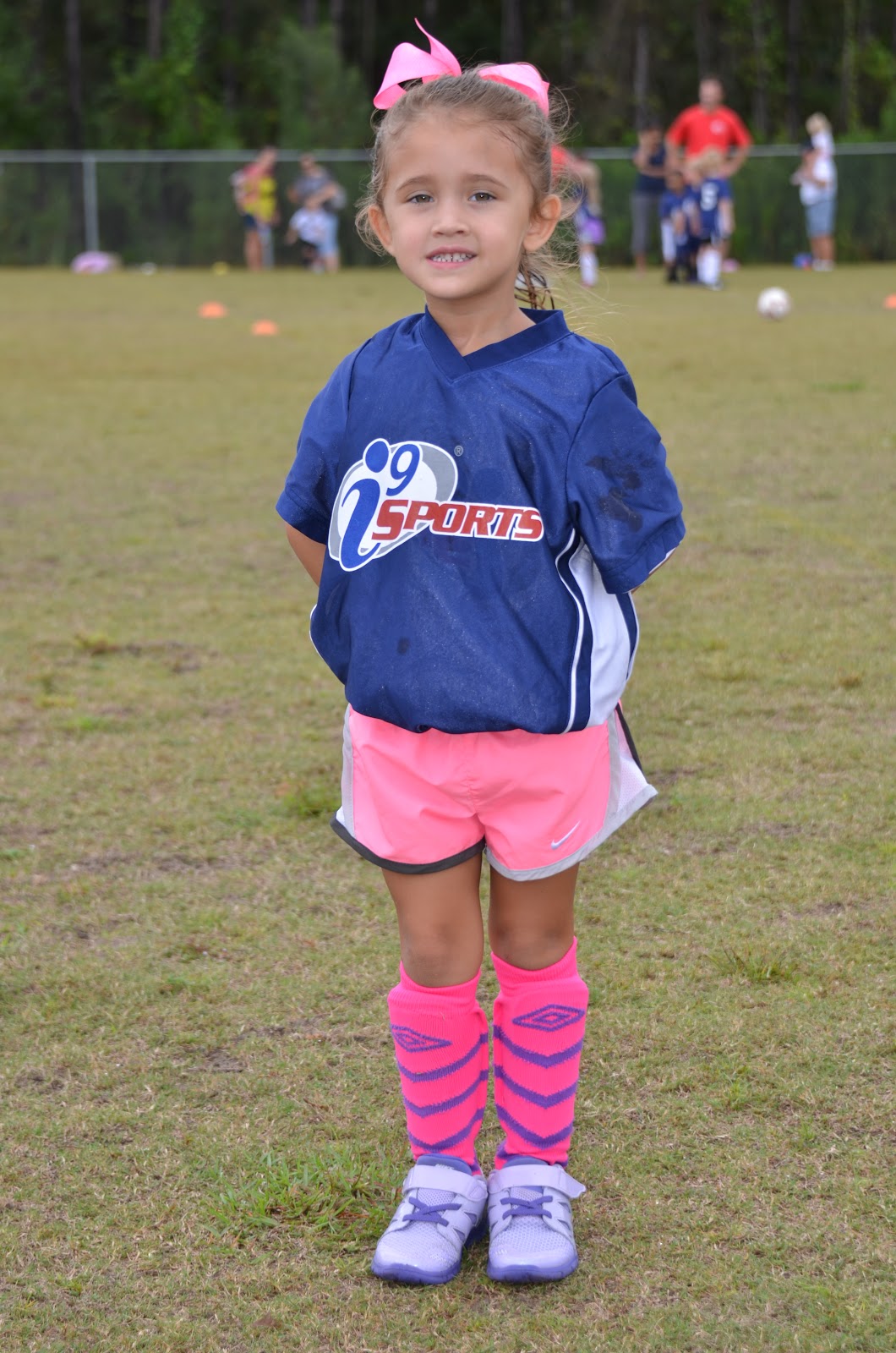 Grandpa Garry and Grandma Genie were excited to see Paige play for the first time and the Gobles came too to watch. They spent the first 30 minutes on dribbling drills and then the last 30 minutes the scrimmaged. 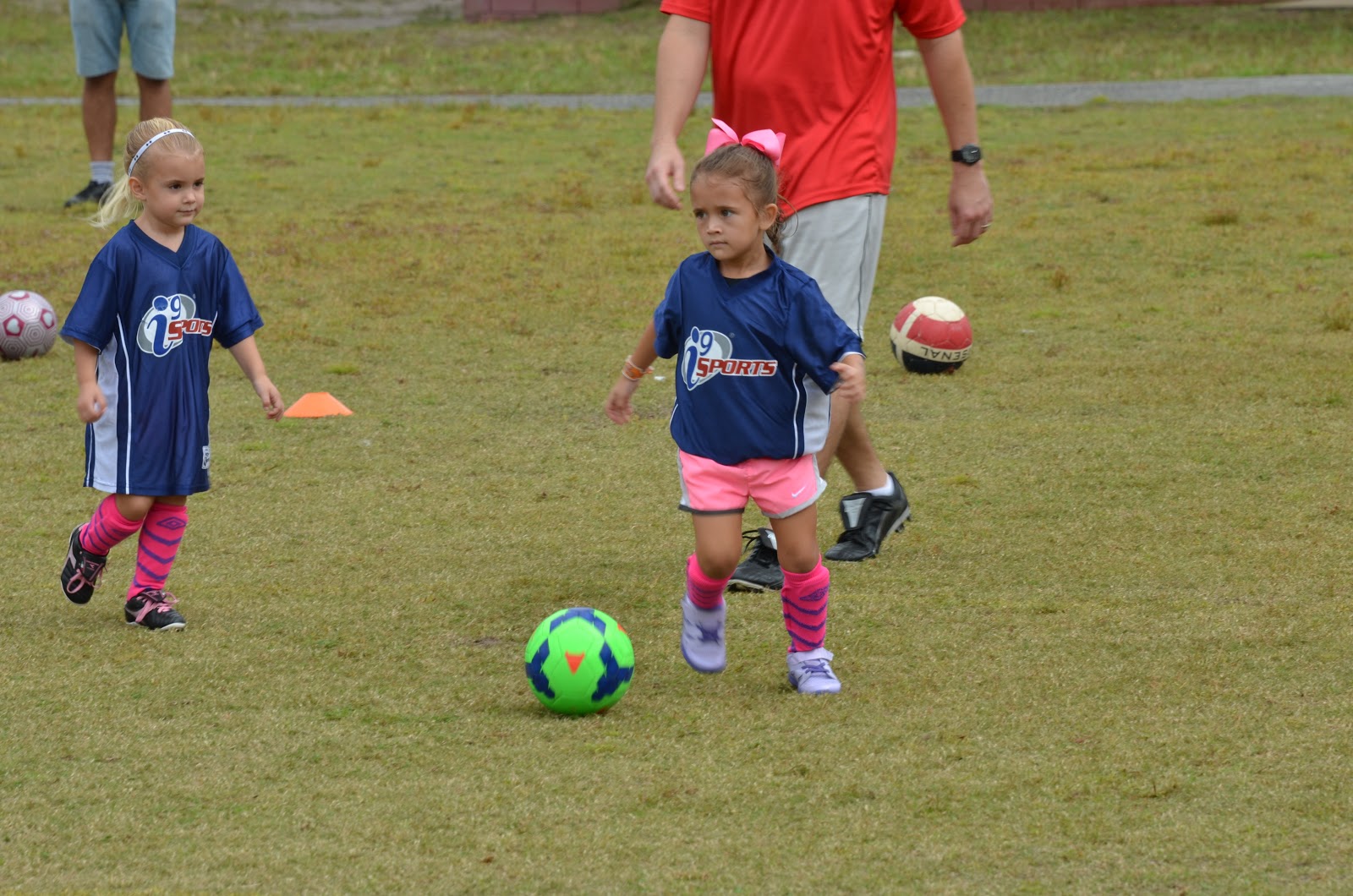 We were really surprised at how well Paige did today. I think she finally stopped getting distracted by her surroundings and got down to business. She was smart about knowing which way to go, blocked the other team from scoring multiple times, and she ended up scoring two goals! I took some pics during the first goal, but got the second one on video. I think it's pretty impressive because she gets the ball on her end of the field, heads towards the correct goal (not just the closest one), controls the ball down the field, turns it towards the goal, and shoots it in. 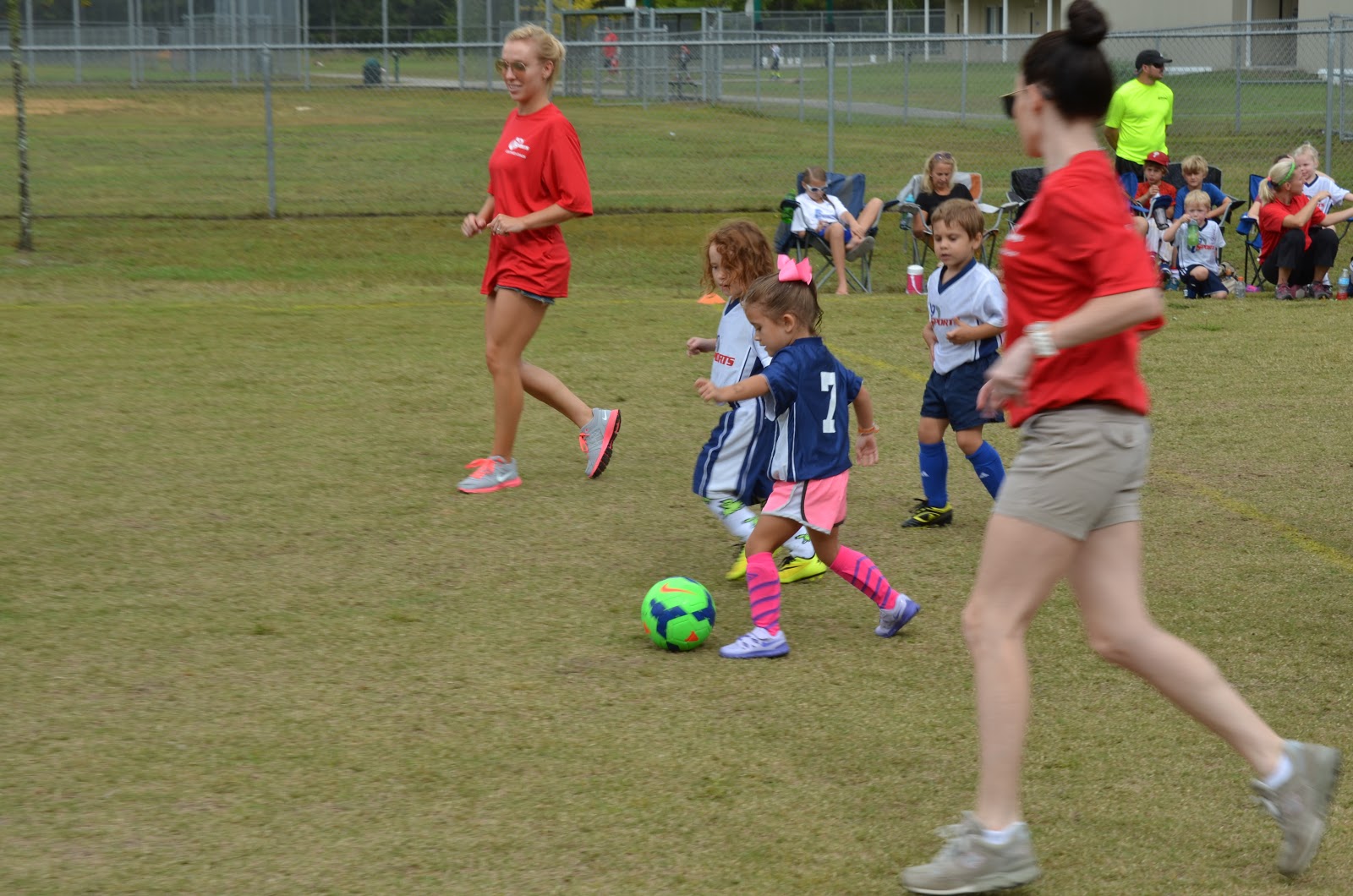 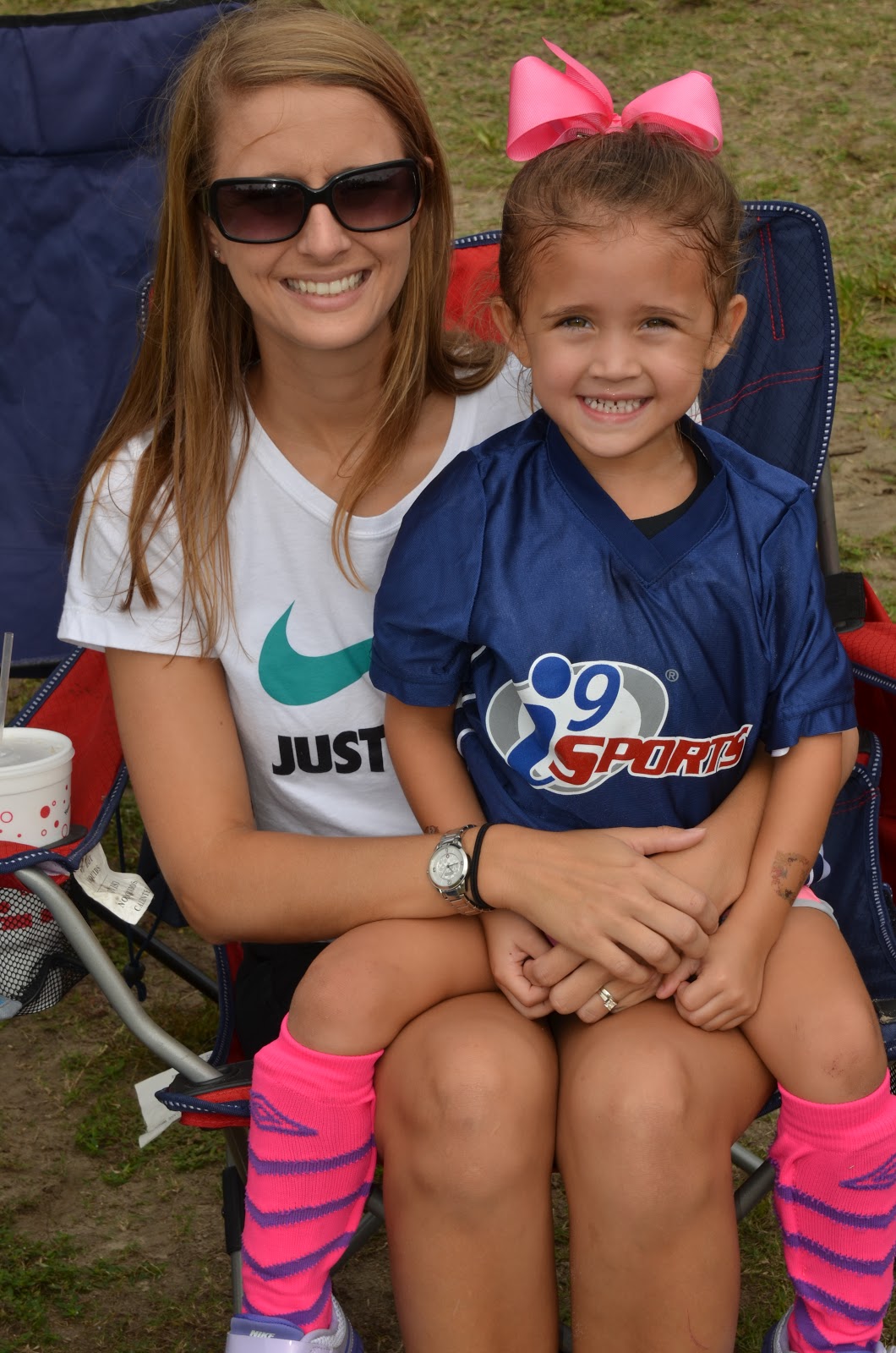 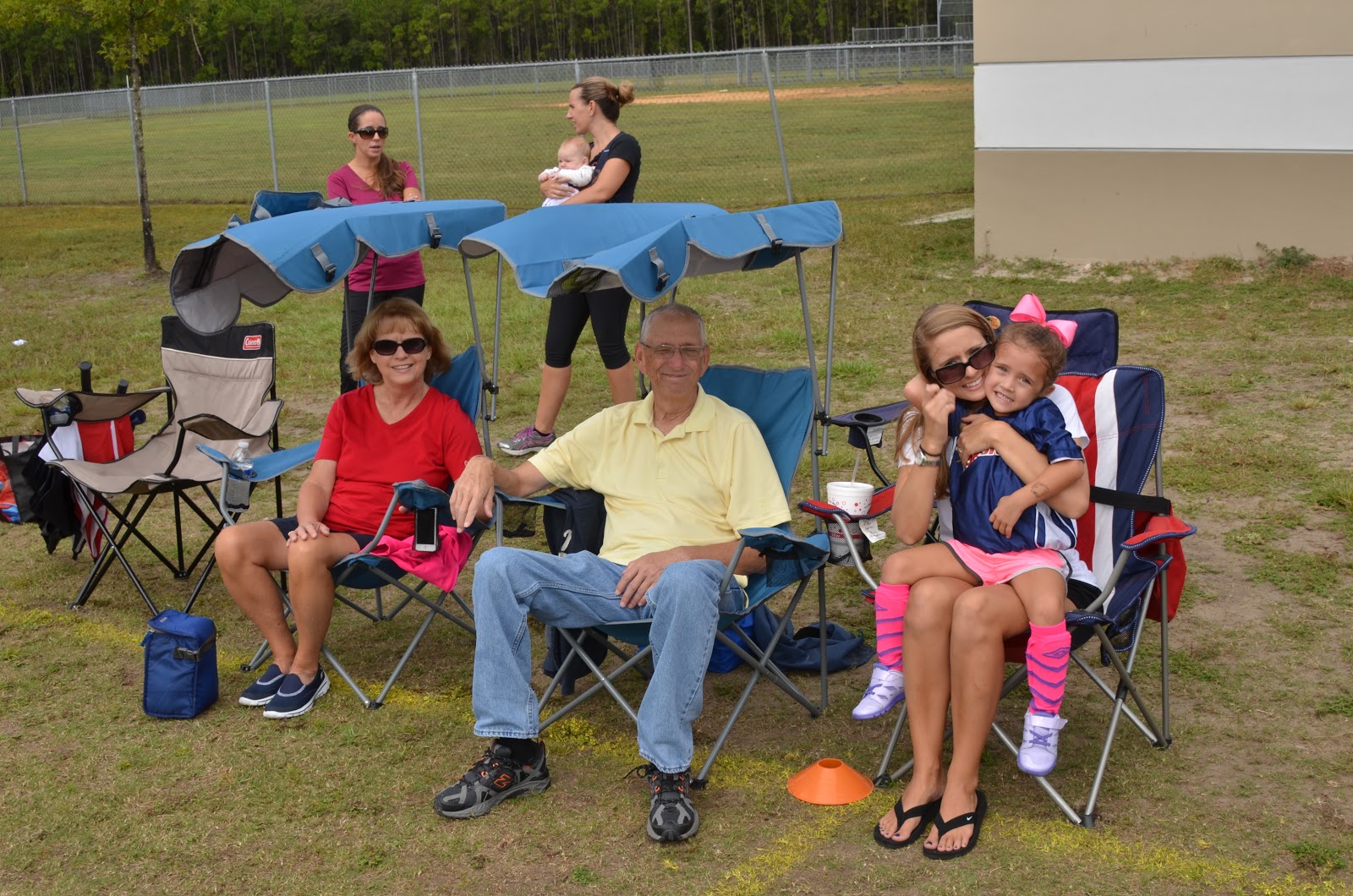 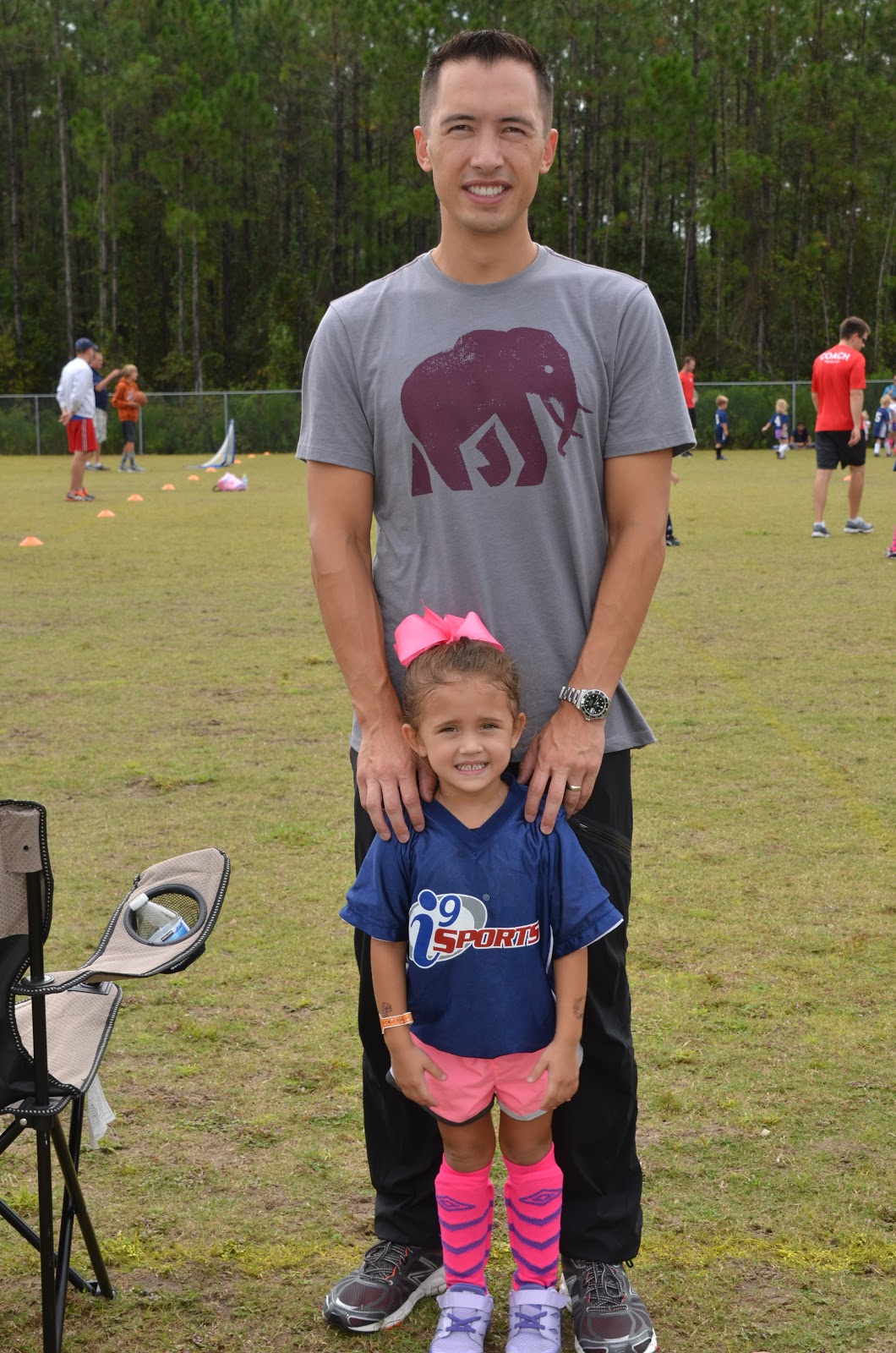 Graydon had fun watching, but was super interested in the park. Paige played with him a little while she was waiting her turn to play. 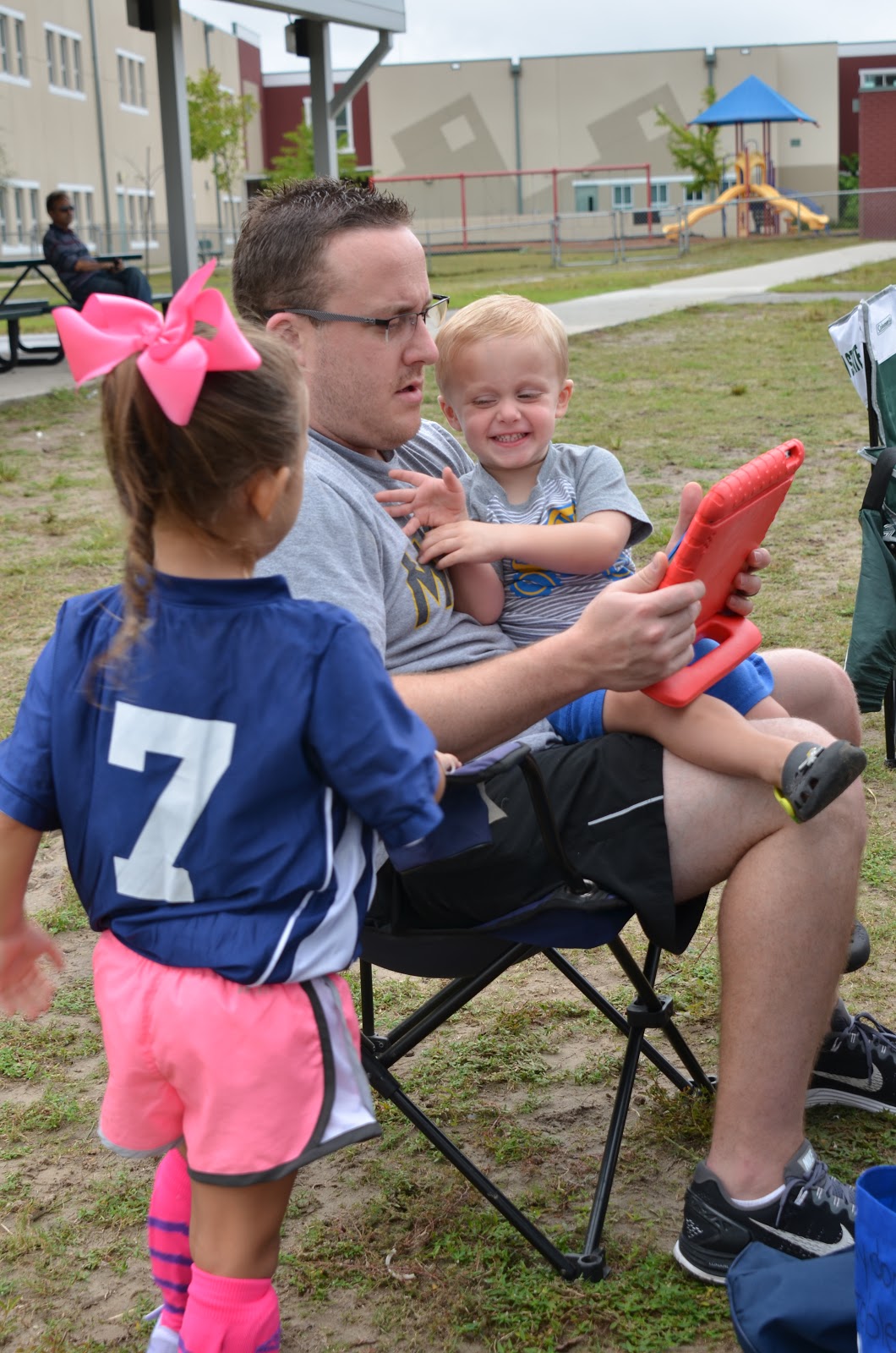 After practice, I got some pics of Paige doing a few shooting drills. 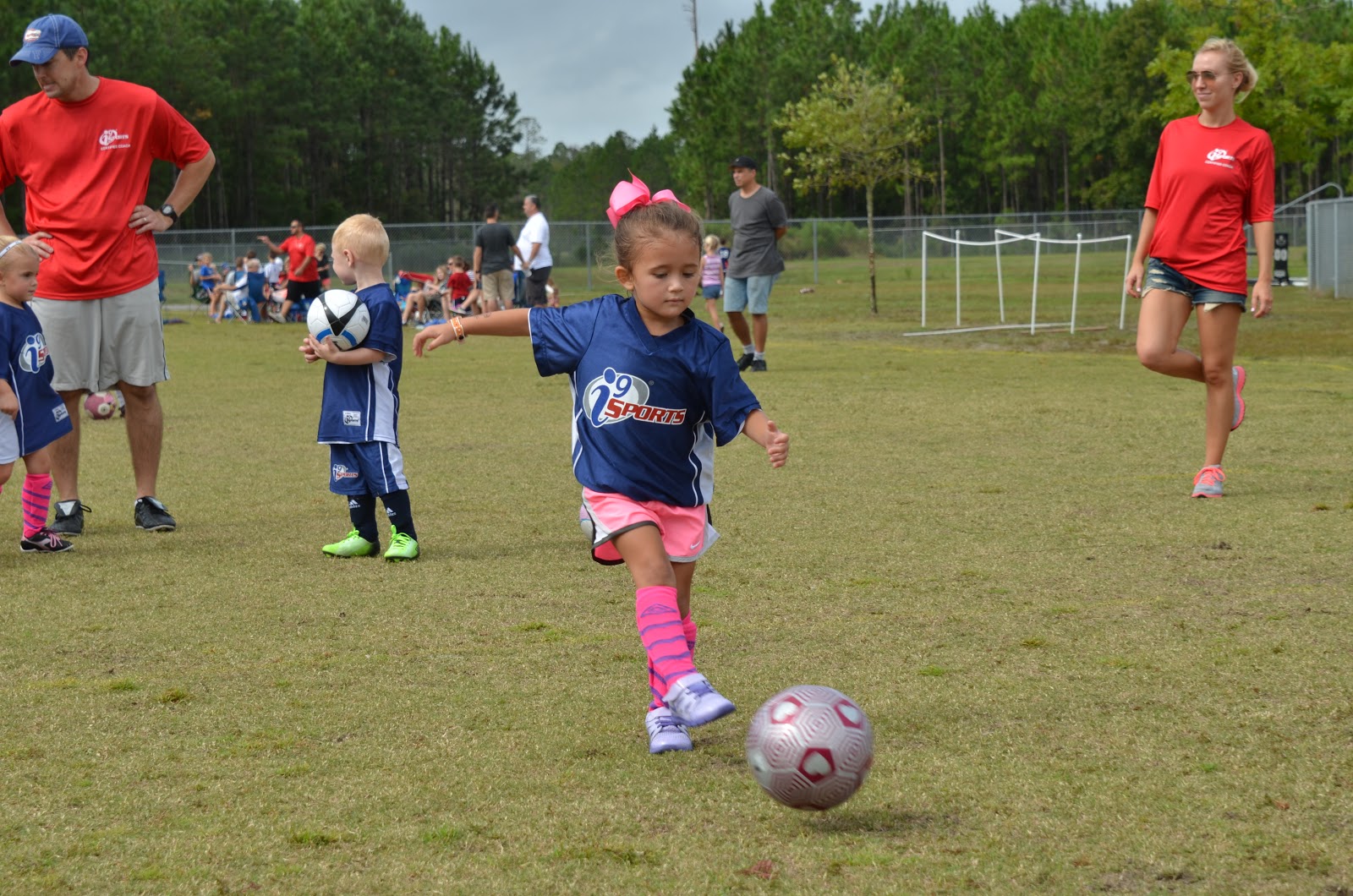 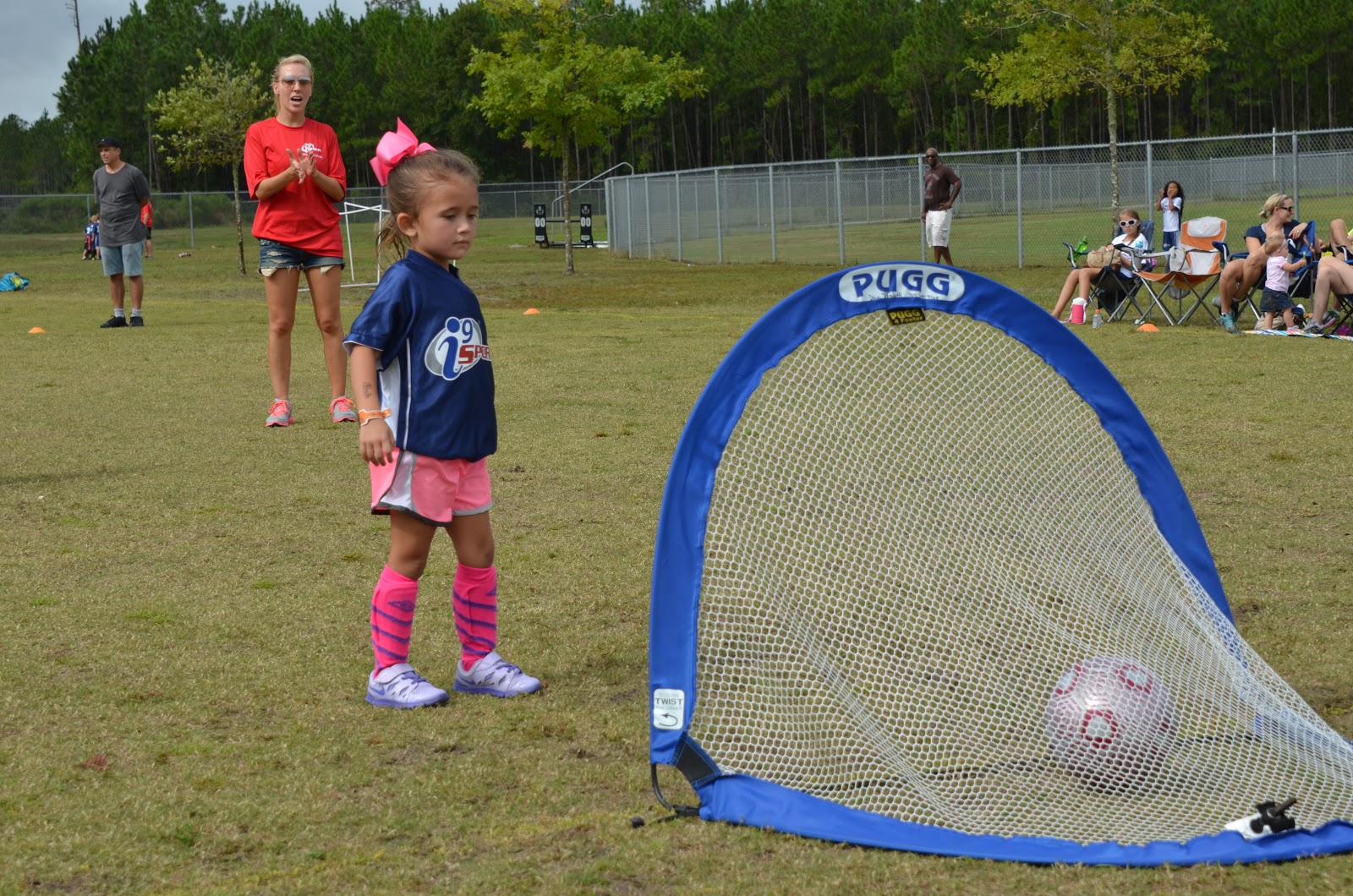 Paige really wanted to play at the park nearby and since she did such a great job at soccer we let her goof off for a bit afterwards. 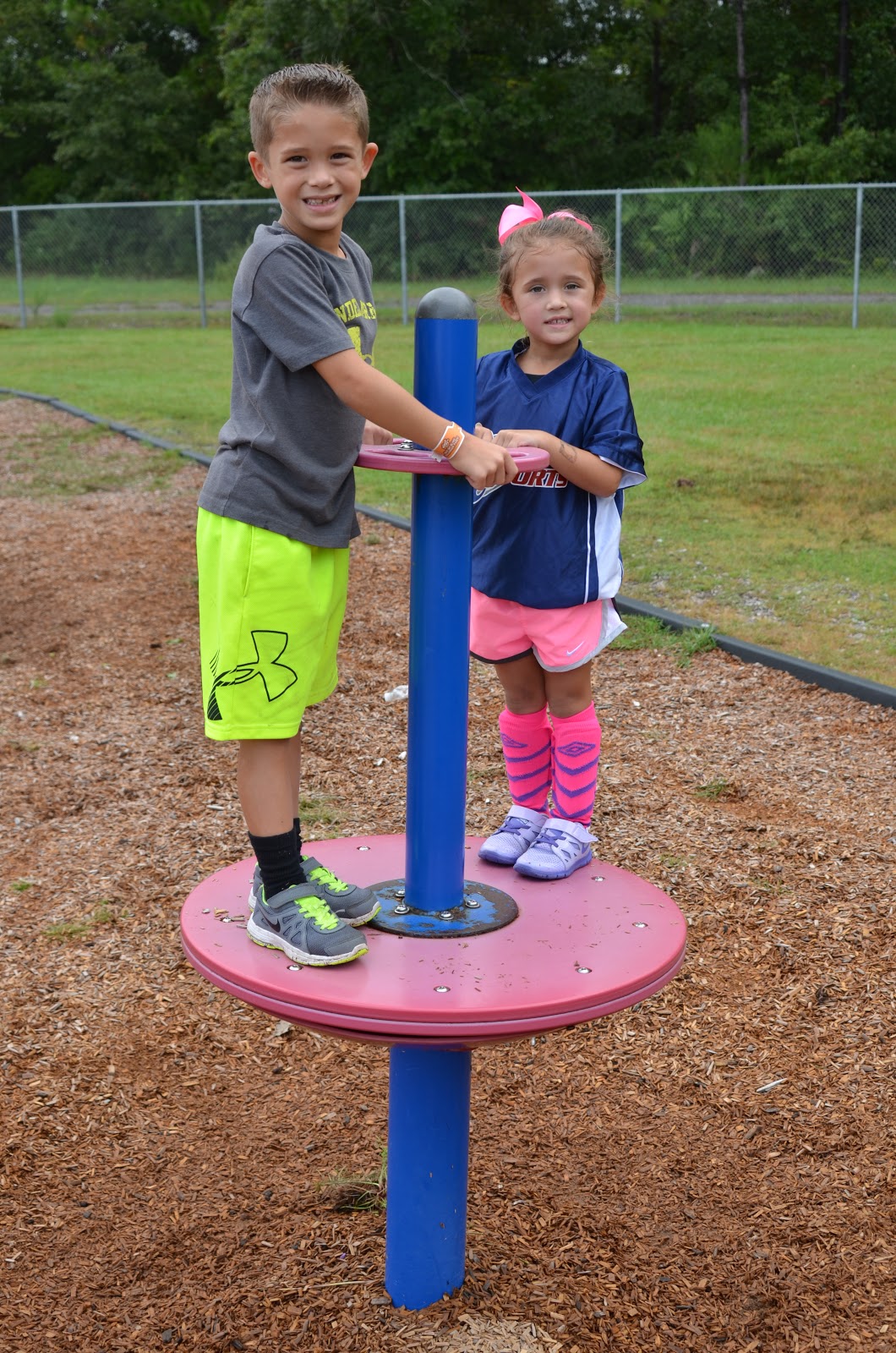 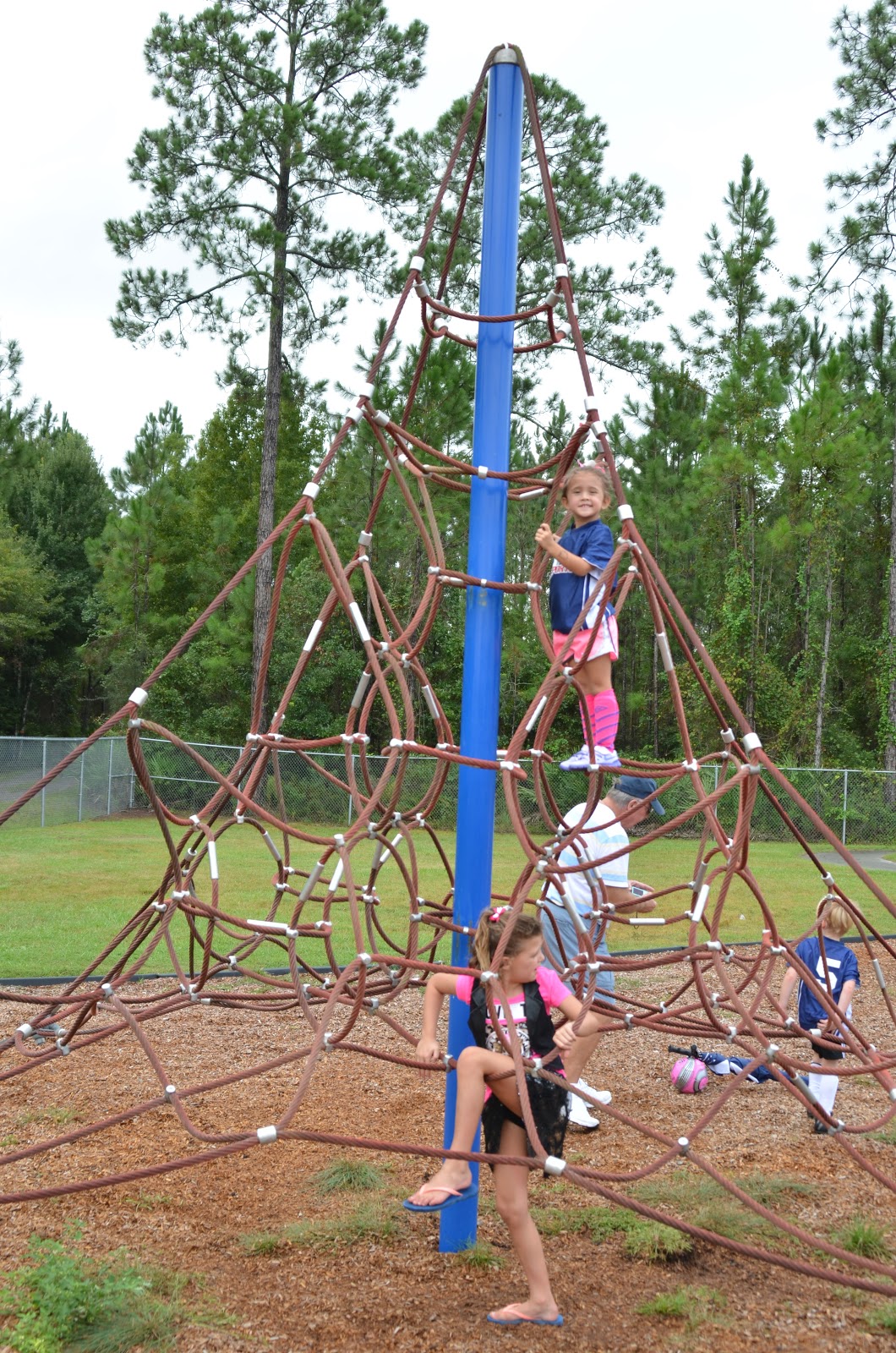 After soccer we went to Barbara Jeans for some lunch. 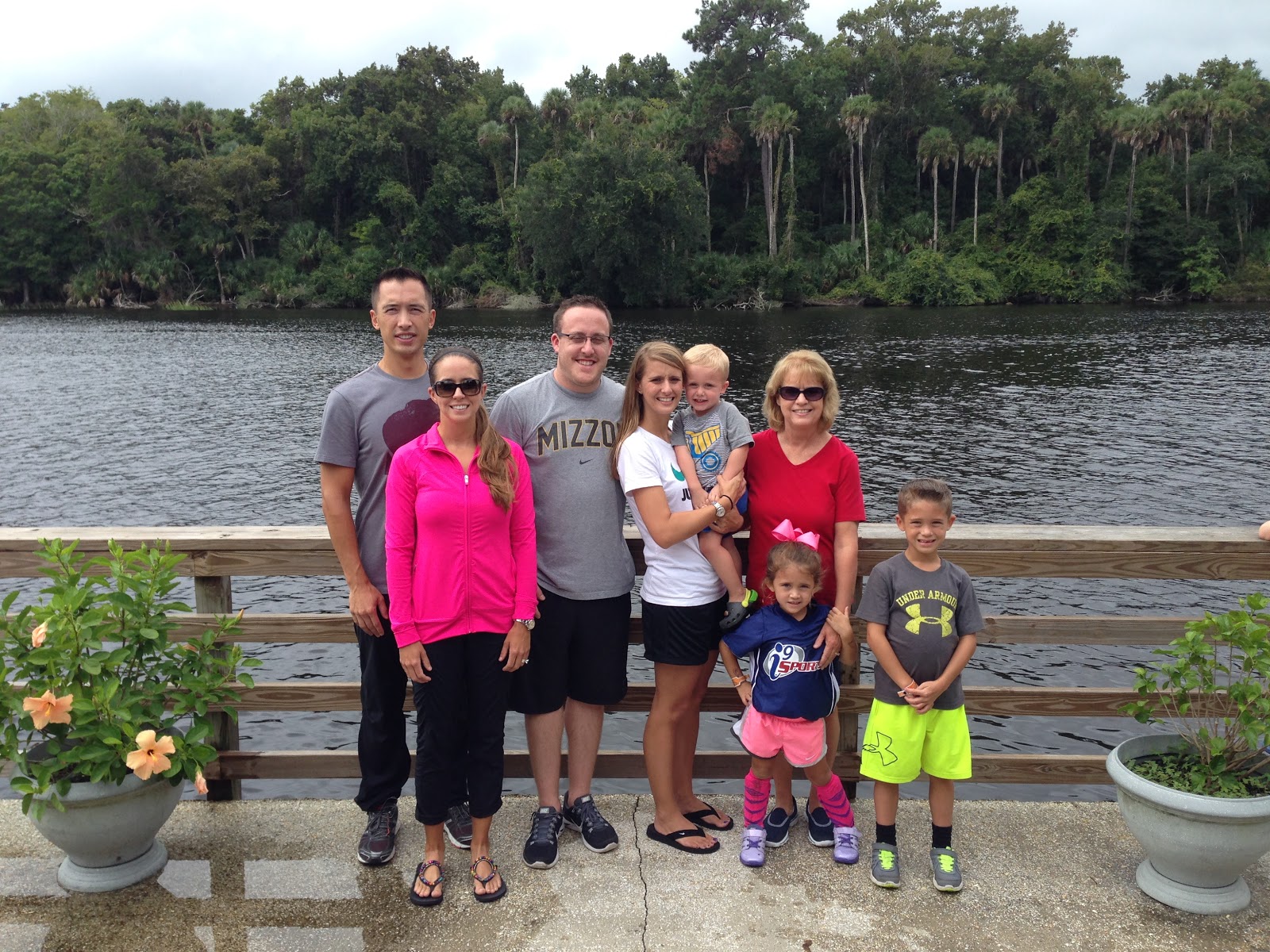