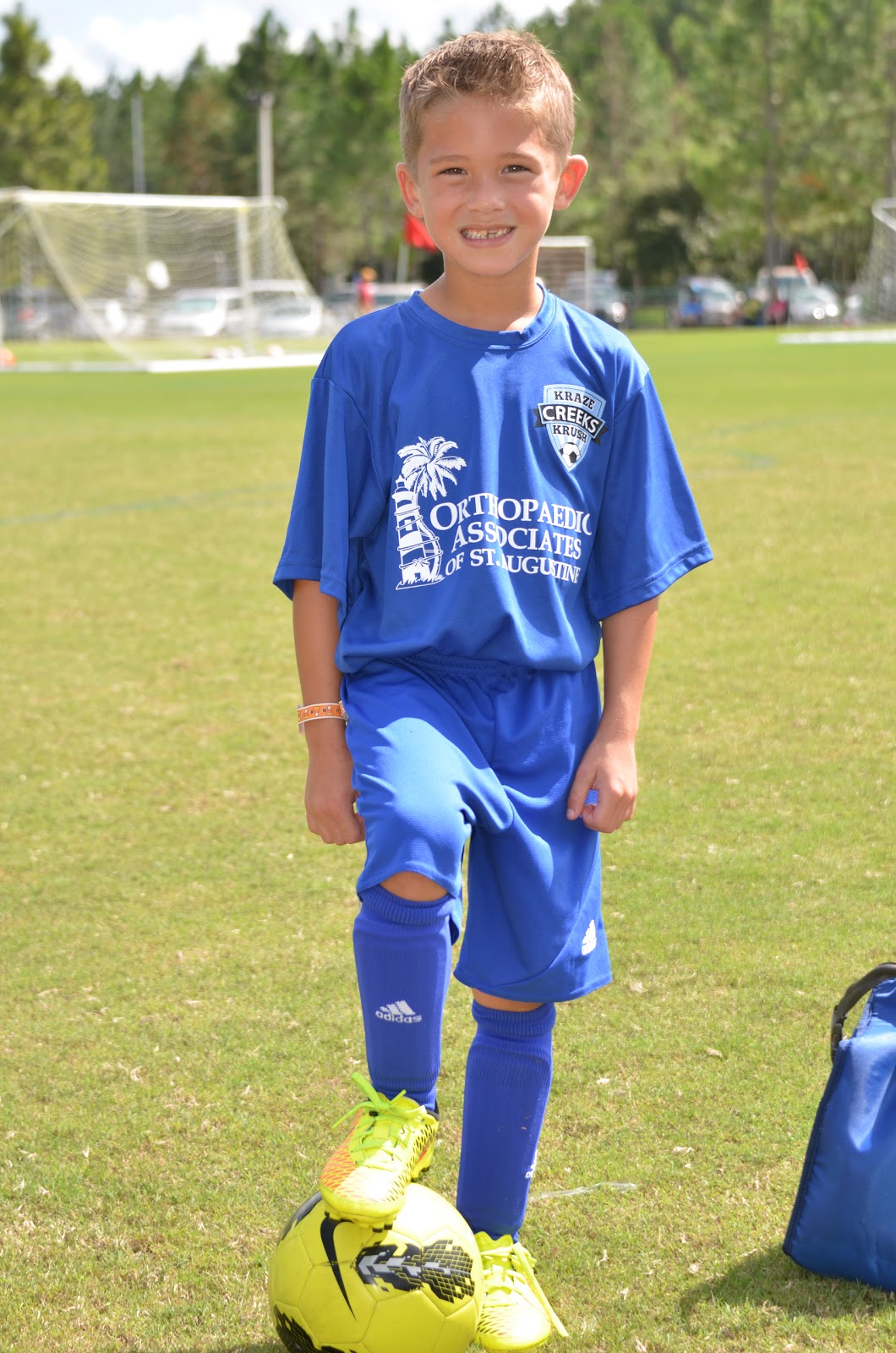 On Sunday, September 28th, Connor had his soccer game with his team. It was a very hot day, and Connor's team prevailed and won their first game of the season 3-0. Their record is now 1-3 and it was nice to see them get a win. Connor didn't play a whole lot during the game, but when he was in the game he played on the offense and had a couple opportunities to score. He did well passing the ball and came very close twice to scoring, however he didn't get any goals yet. Grandpa Garry and Grandma Genie came to watch him play and although it was super duper hot, it was a nice opportunity for them to see our little man play his favorite sport.
Posted by Shawn Vernon at 12:16 PM