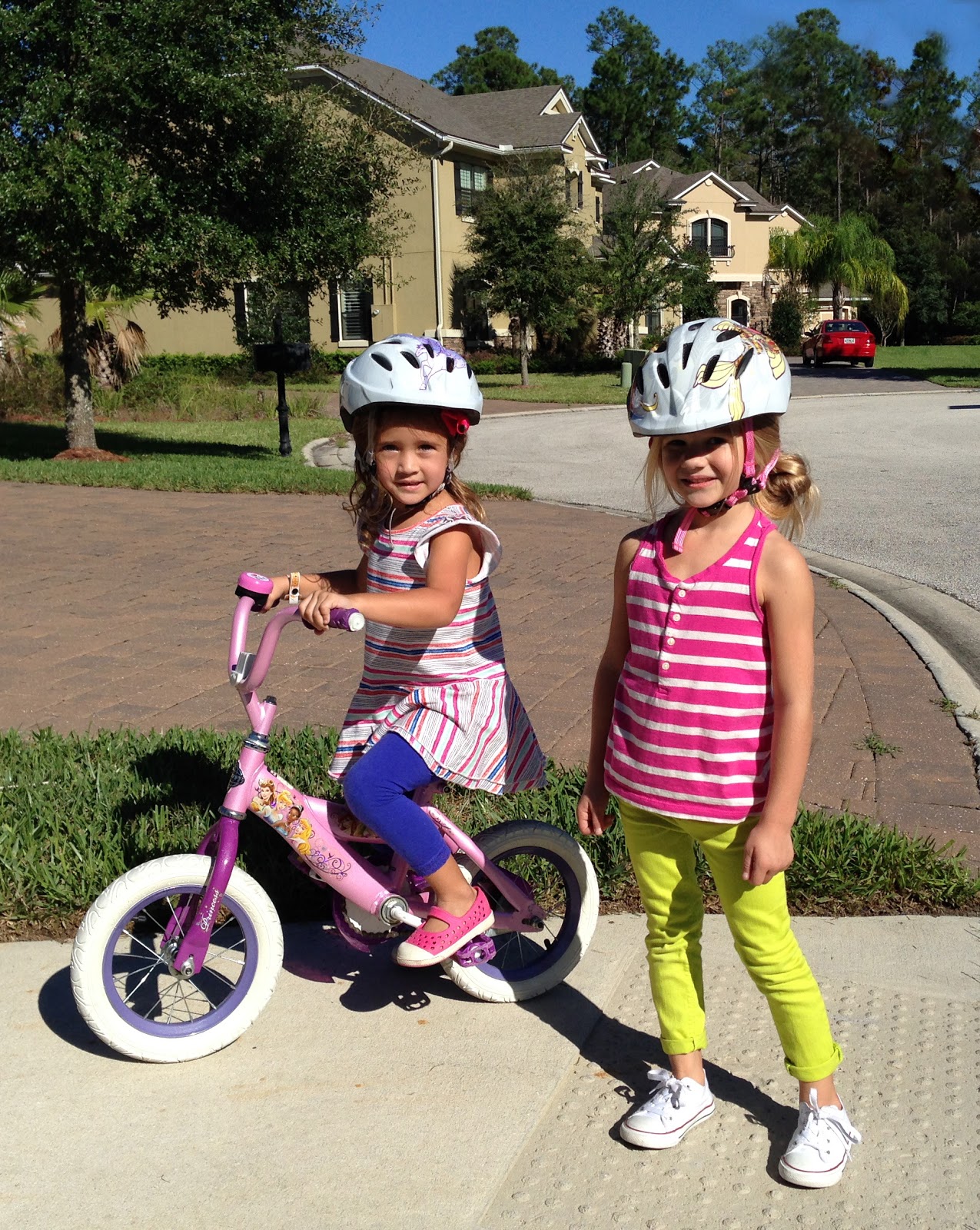 Paige has been doing a good job for a while now on her bike with training wheels. For Christmas of 2012 she got the little red bike with no pedals and for Christmas of 2013 she got her new purple bike with pedals and training wheels. She's been doing well on the purple bike for a while, but hasn't shown any interest or any signs of progressing. A few weeks ago I'd tried to raise up the training wheels so they wouldn't necessarily be on the ground at all times and she could practice balancing. My thought was that it'd be a little unsteady, but the training wheels would just be there in case she tipped over. She hated it and I moved them back.

This past week, Olivia was out front on her big girl bike that she'd just gotten recently. It didn't have training wheels and she was zipping around the cul-de-sac and looking pretty cool. She told Paige that if Paige wanted to, she could try her old bike without training wheels. I almost told Paige not to bother since I was worried she'd get hurt and I wasn't excited about going in and putting bandaids on boo-boos. Paige asked nicely though and ran to get her helmet. Olivia coached her through how to do it and I gave Paige a little push to get her going. Surprisingly she stayed up and before I knew it she had ridden the bike past a couple houses. I pulled out my phone and started videotaping it.

Olivia was so sweet about it all, running along side her and telling her what a great job she was doing. We didn't have much longer to play that day, but the next day, Paige begged me to take off her training wheels and I told her I would if she was good. When she got home from school, I popped them off and stood back to see how she'd do. As she did the day before, she did awesome. She needed help at first to get going, but just pedaled and balanced like it was no big deal. At one point she was trying to get started and I decided to just film her and see if she could do it on her own.

Before we went in she wanted some pics with Olivia's Halloween decorations. 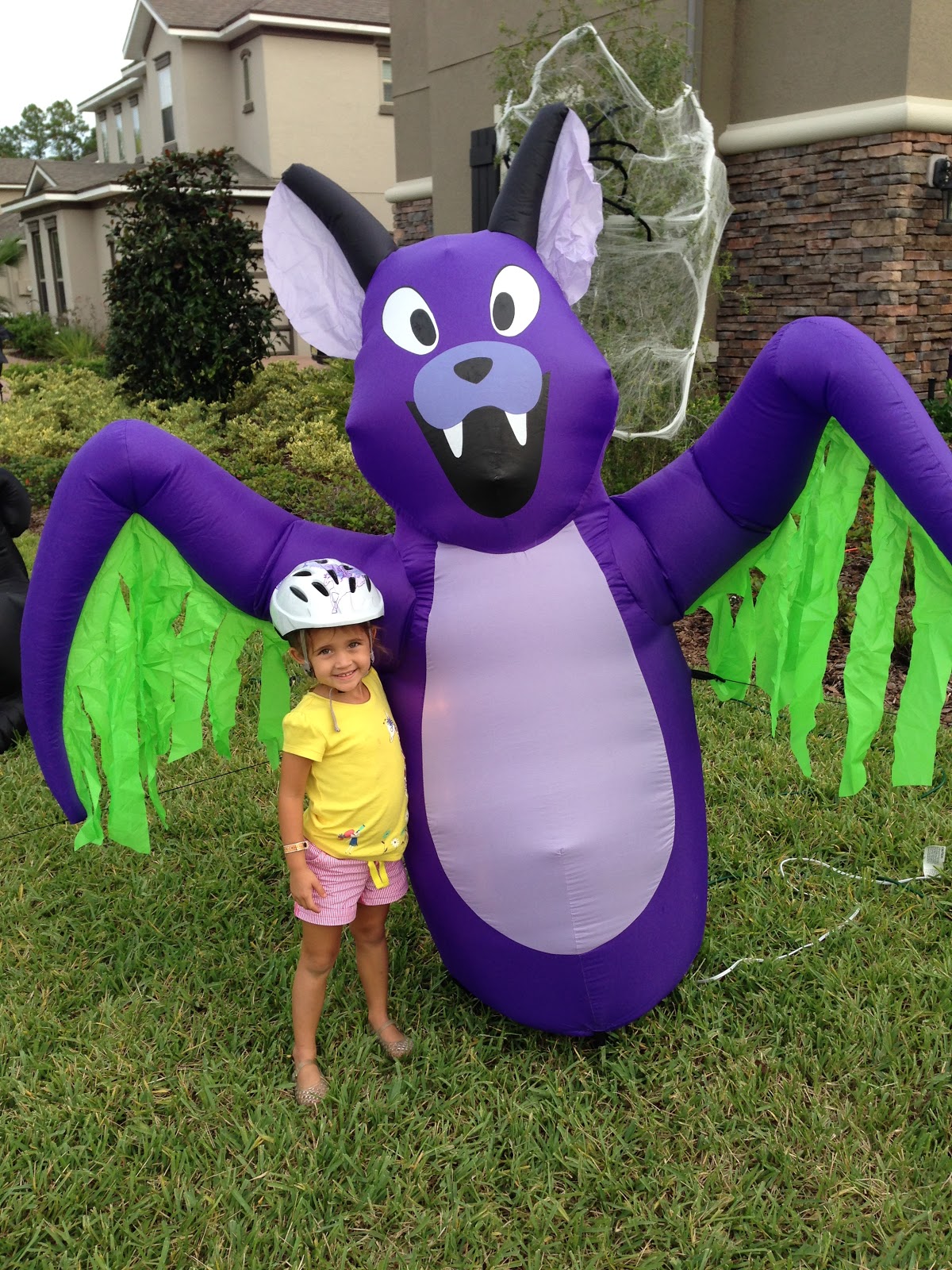 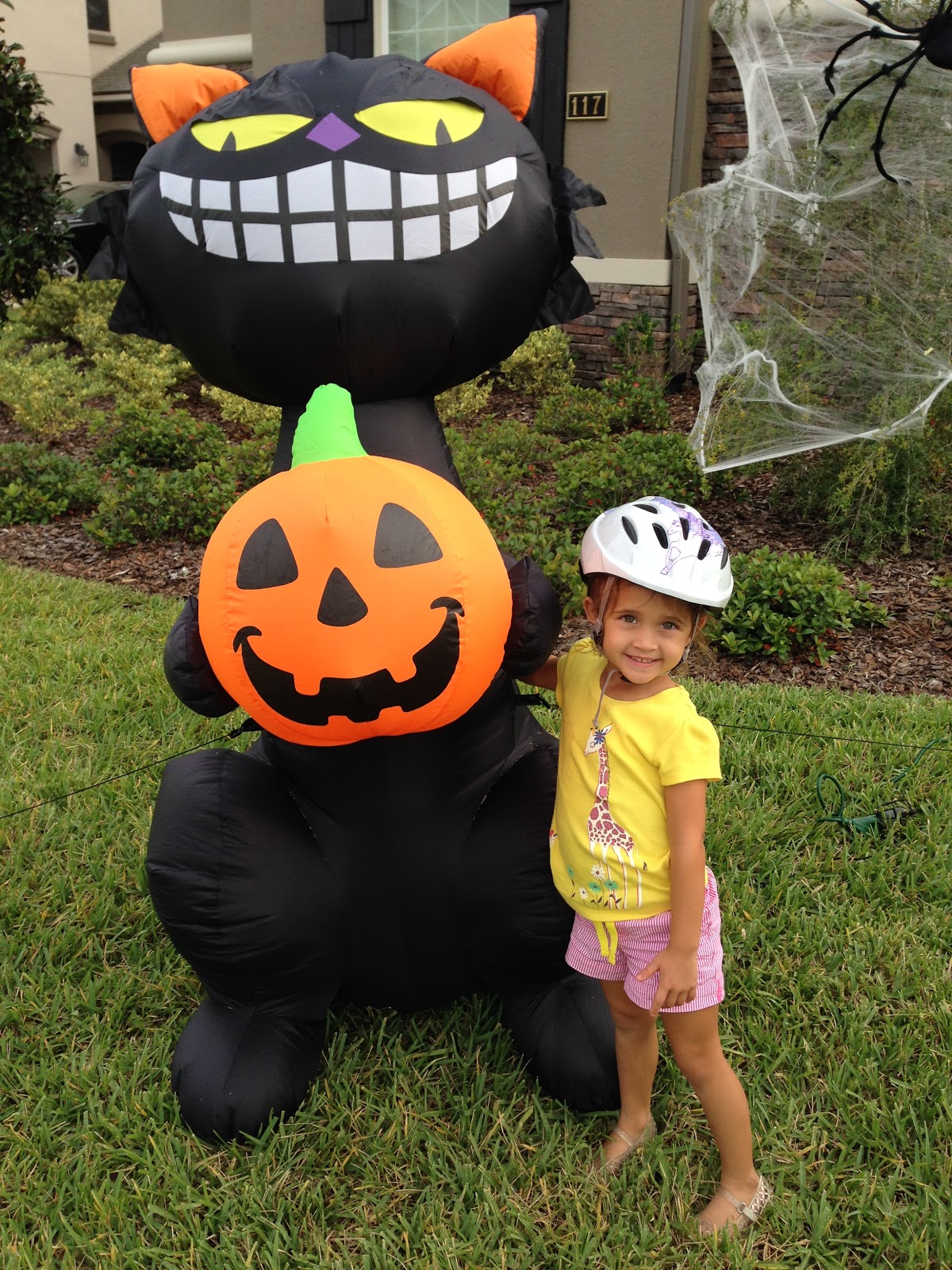