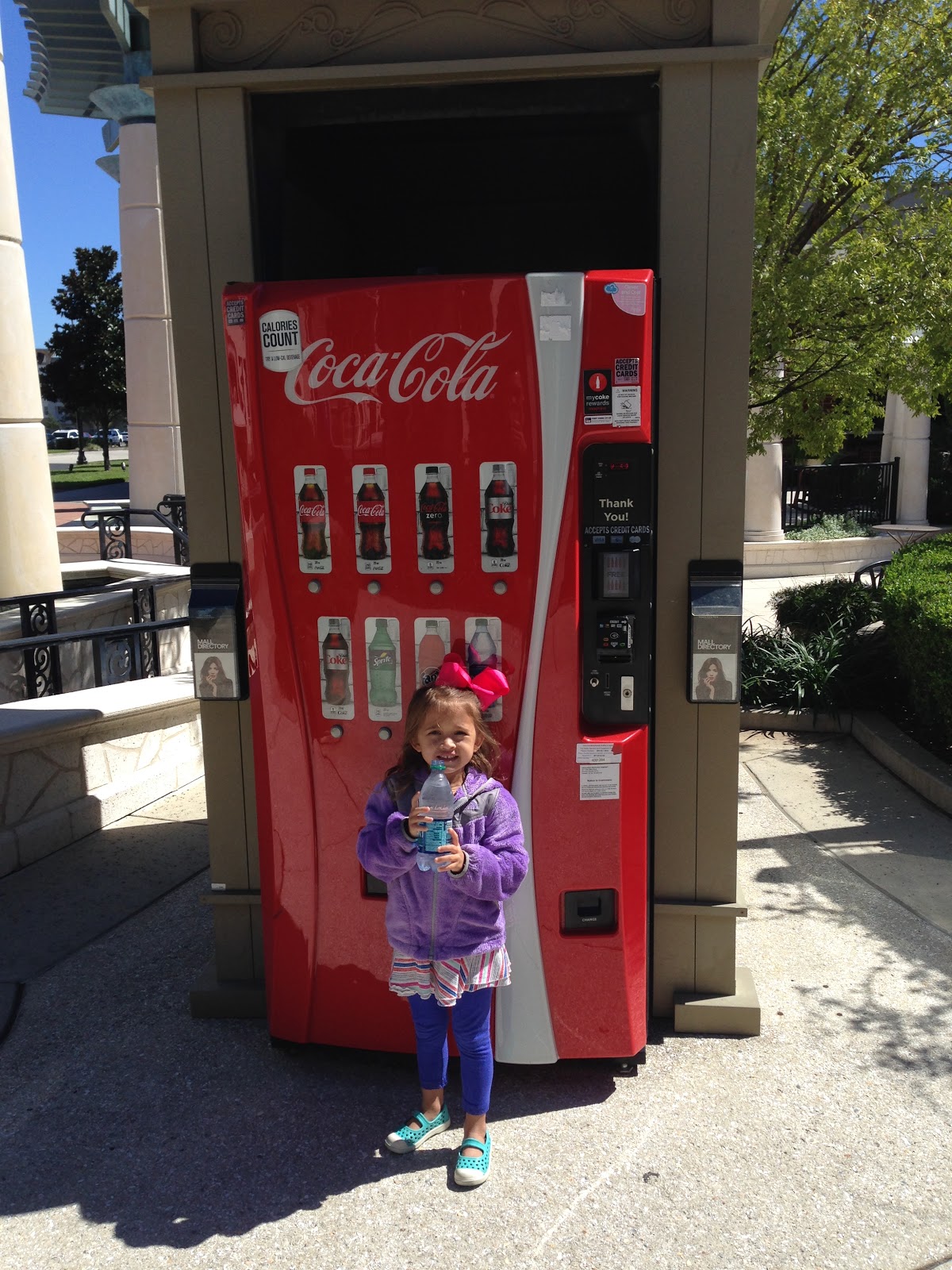 Since Paige did so well at soccer this week, I told her we'd get her a special reward. We always tell the kids that they aren't expected to score goals or anything at soccer, but that we just like to see them try hard and do their best. Paige definitely did that this week and I told her she'd earned something special. Sometimes when Connor earns a reward, we'll let him get orange soda from a vending machine when we eat lunch. After lunch today we were walking past the vending machine and I asked Paige if she wanted a special drink for her reward. She very excitedly told me yes and we were all dismayed when she decided she wanted to have water. We'd just had lunch, and she'd had water at lunch. We were on the way home and we told her that she could have a bottle of water when she got home. Andrea went through the options in the machine, and Paige insisted that she wanted water as her reward, so that's what she got.

She was very pleased with her choice and told me it was very yummy and almost tasted like apple juice. I wasn't thrilled with spending $1.50 on water, but as long as she is happy I guess it's worth it.
Posted by Shawn Vernon at 1:11 PM