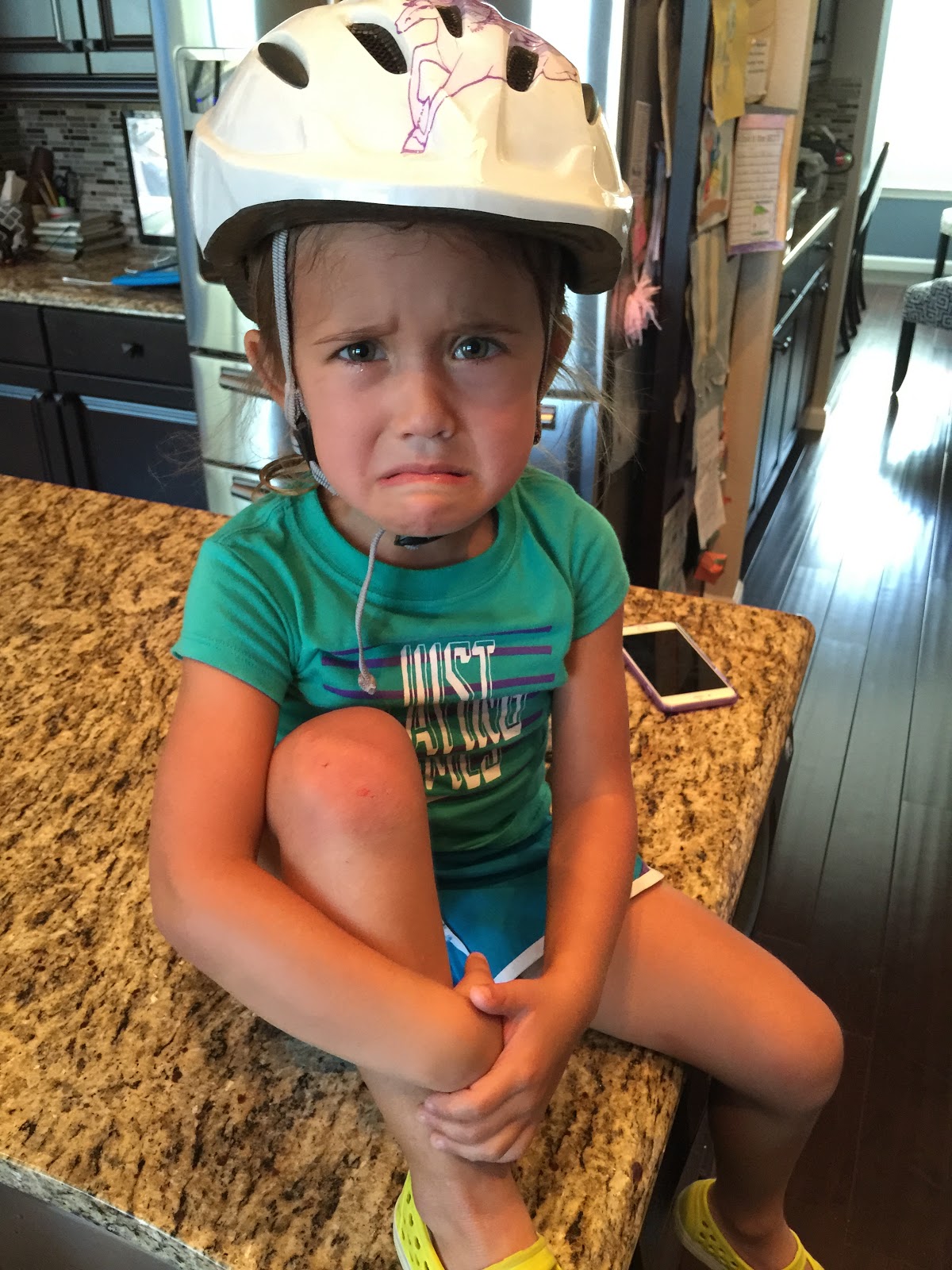 Paige crashed her bike on Saturday. She'd been out with the big kids riding in circles at the end of the cul-de-sac. Moments before her crash, they'd all left the cul-de-sac, and turned around at our house before going in more circles. I took a video of them, but stopped the video about 2 seconds before Paige made an unbelievably tight turn in front of our house. She was nearly touching the ground she was leaning so far over. Somehow she stayed upright.

As she came back around, I took another video and moments before the crash I told her to be careful on her turns.

Ouch. I had been telling her that it's just a matter of time before she crashes. It happens to everyone eventually. Thankfully it wasn't too bad and it was just one knee that got a little boo-boo. She was very upset about it. She's actually pretty good about using her brakes, but in the video you can see she panics and puts her feet down off the pedals. We're going to have to work with her to make sure it doesn't happen again.
Posted by Shawn Vernon at 2:38 PM