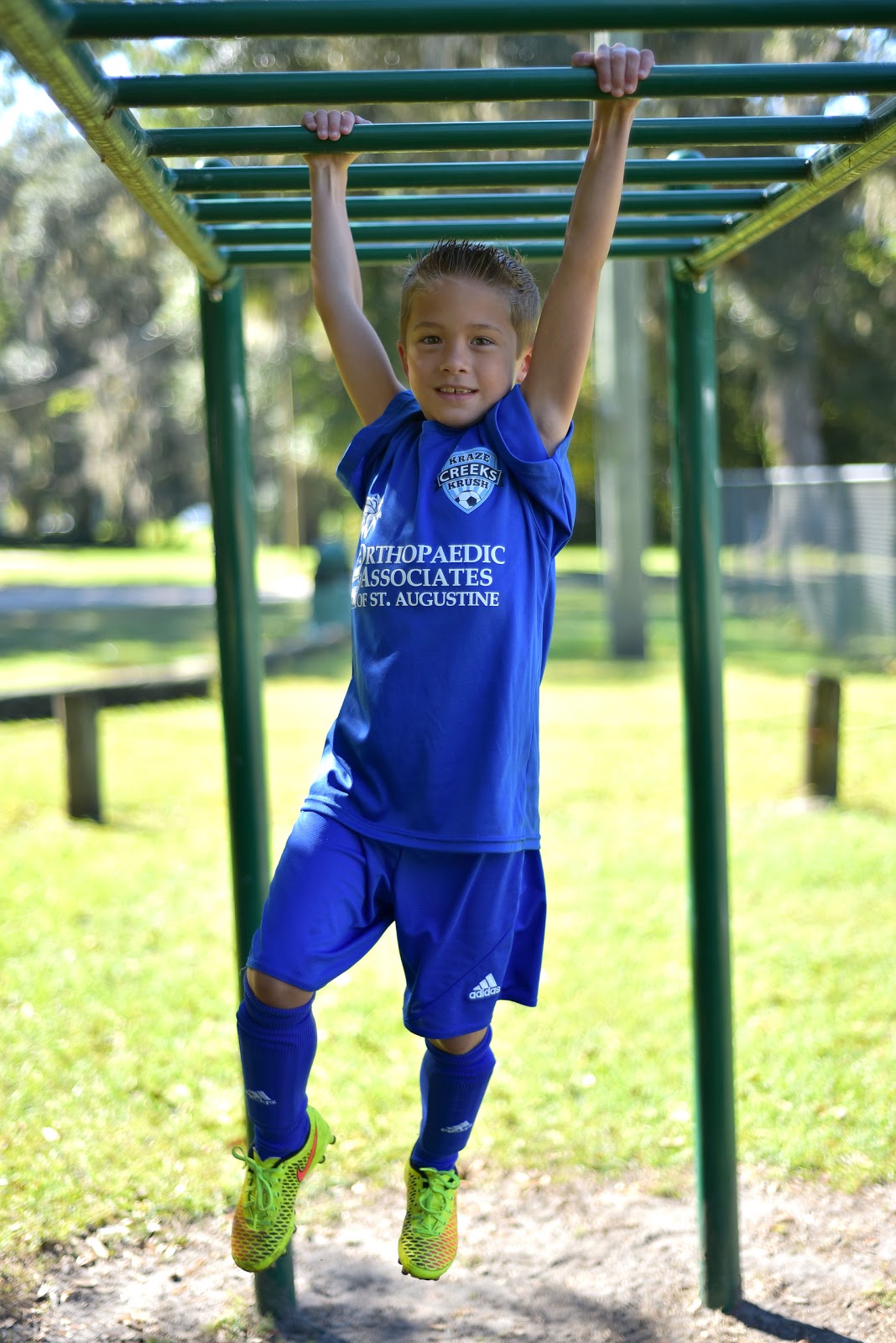 This Saturday, Connor and I drove for an hour and a half to Gainesville for a soccer game. It seemed like we drove out in to the middle of nowhere to play against a team there. 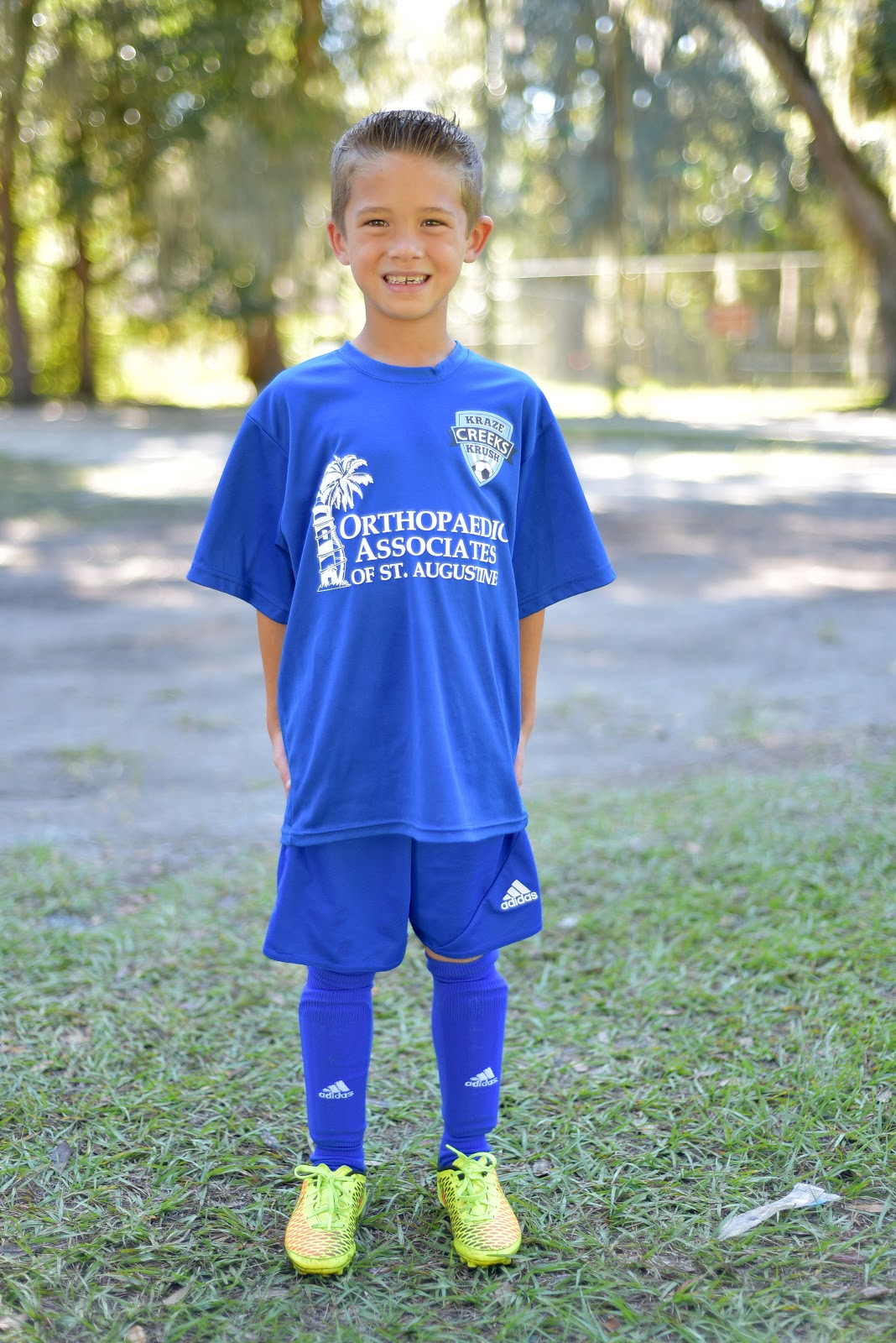 The kids had fun warming up with some penalty kicks. 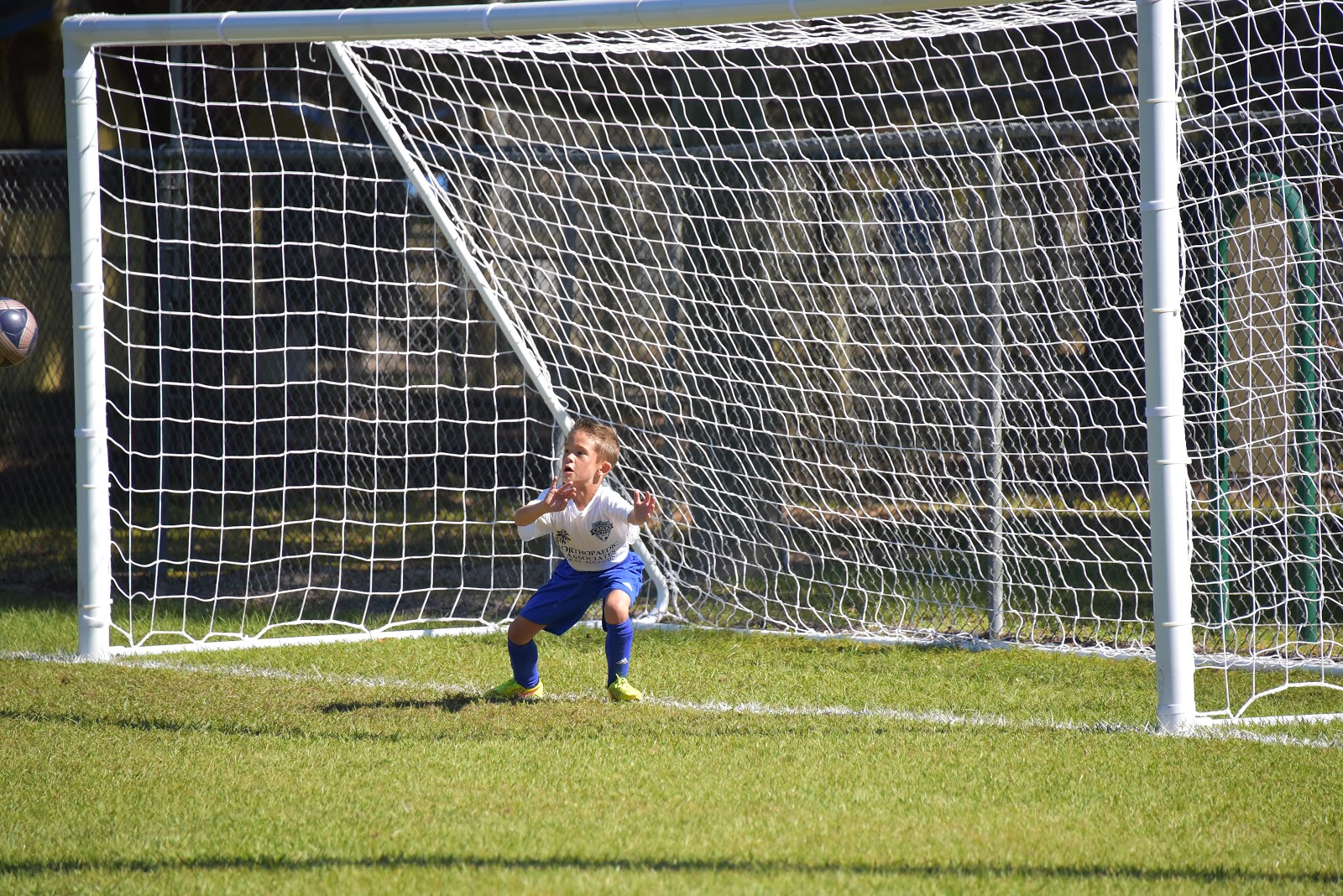 Connor practiced being goalie before the game, but during the game he played midfielder. 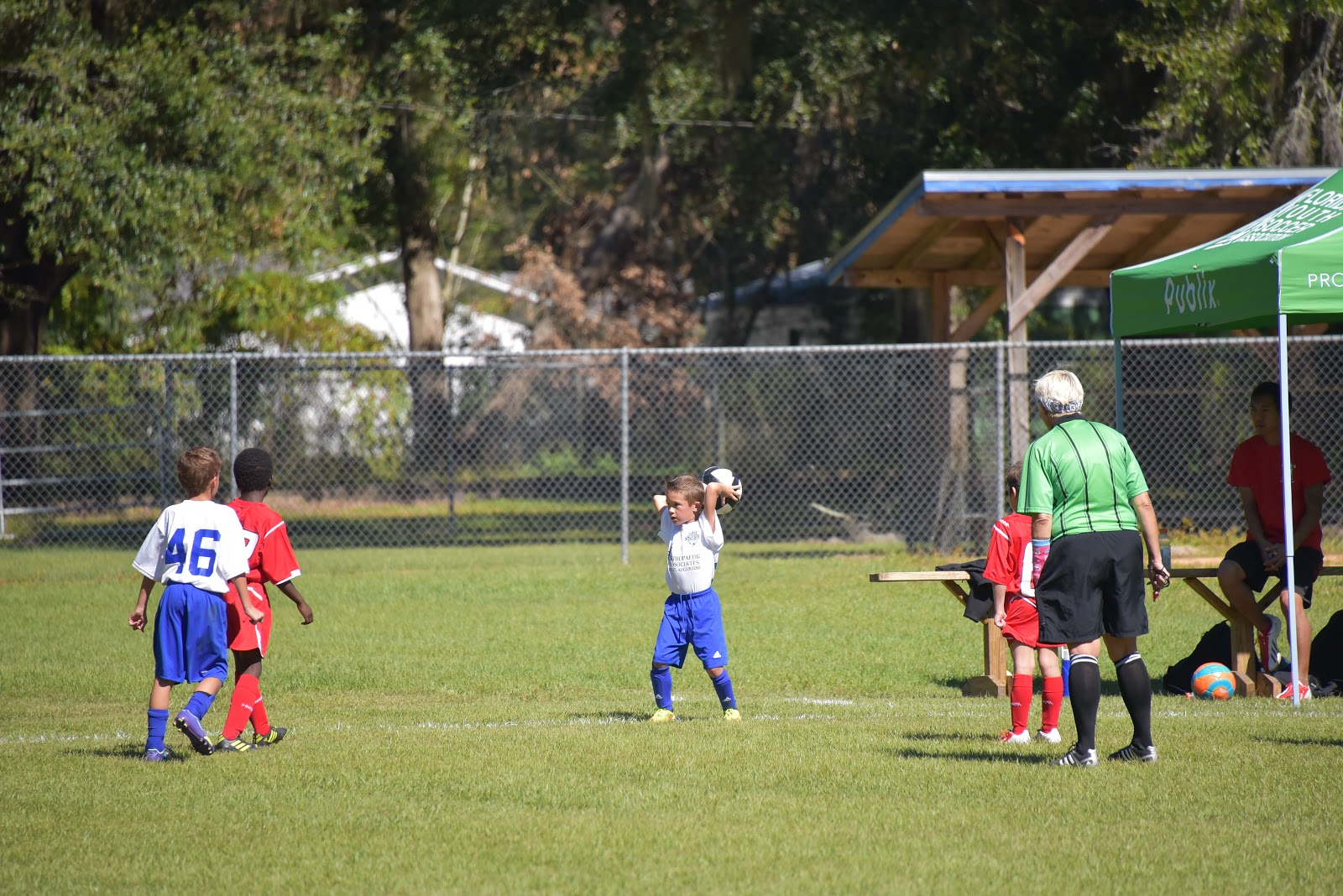 Connor was responsible for the throw-ins and did a good job with it. 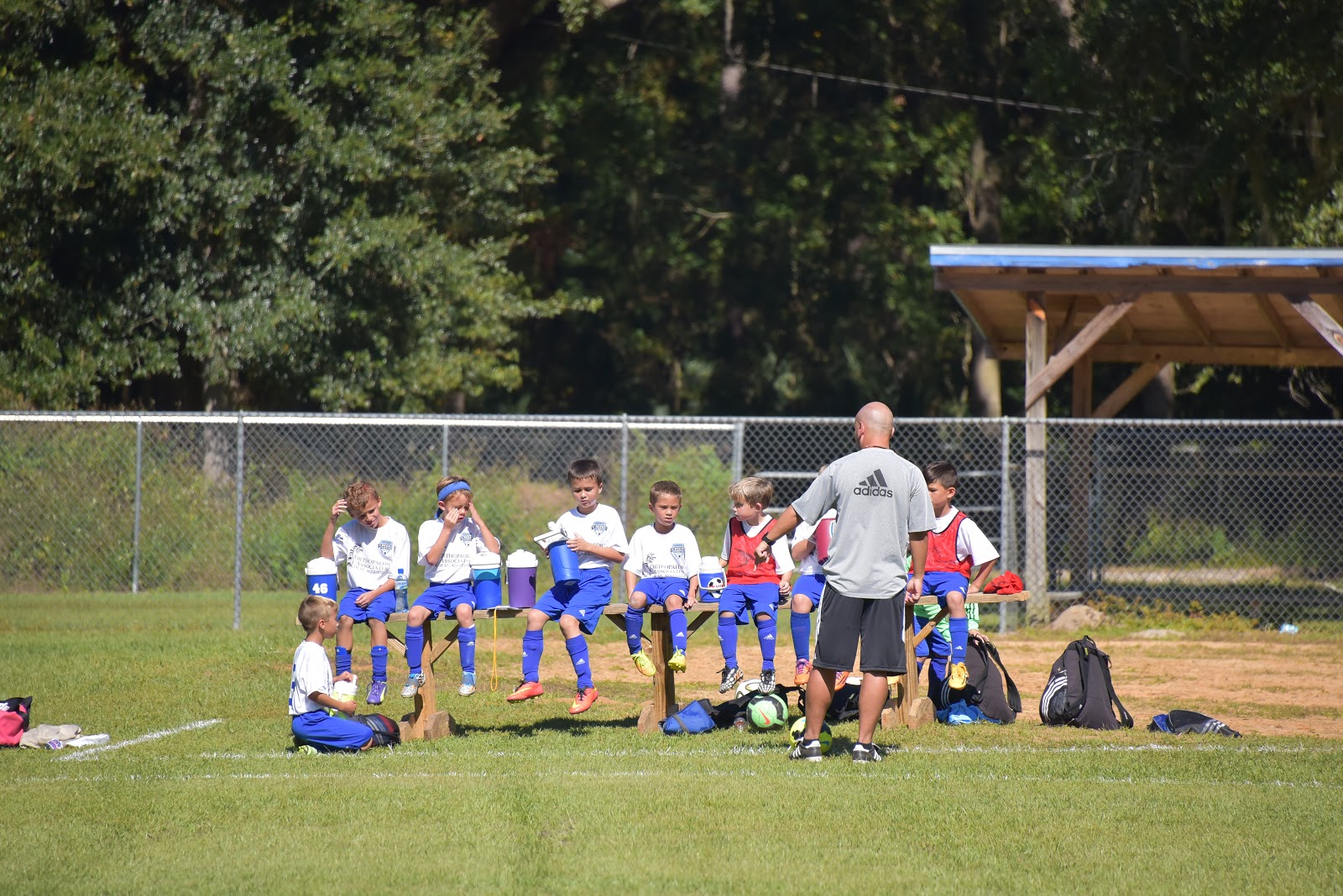 Their team ended up losing the game right at the end, but they played hard and Connor had a great time. He really loved the monkeybars, that was his favorite part.
Posted by Shawn Vernon at 8:19 PM