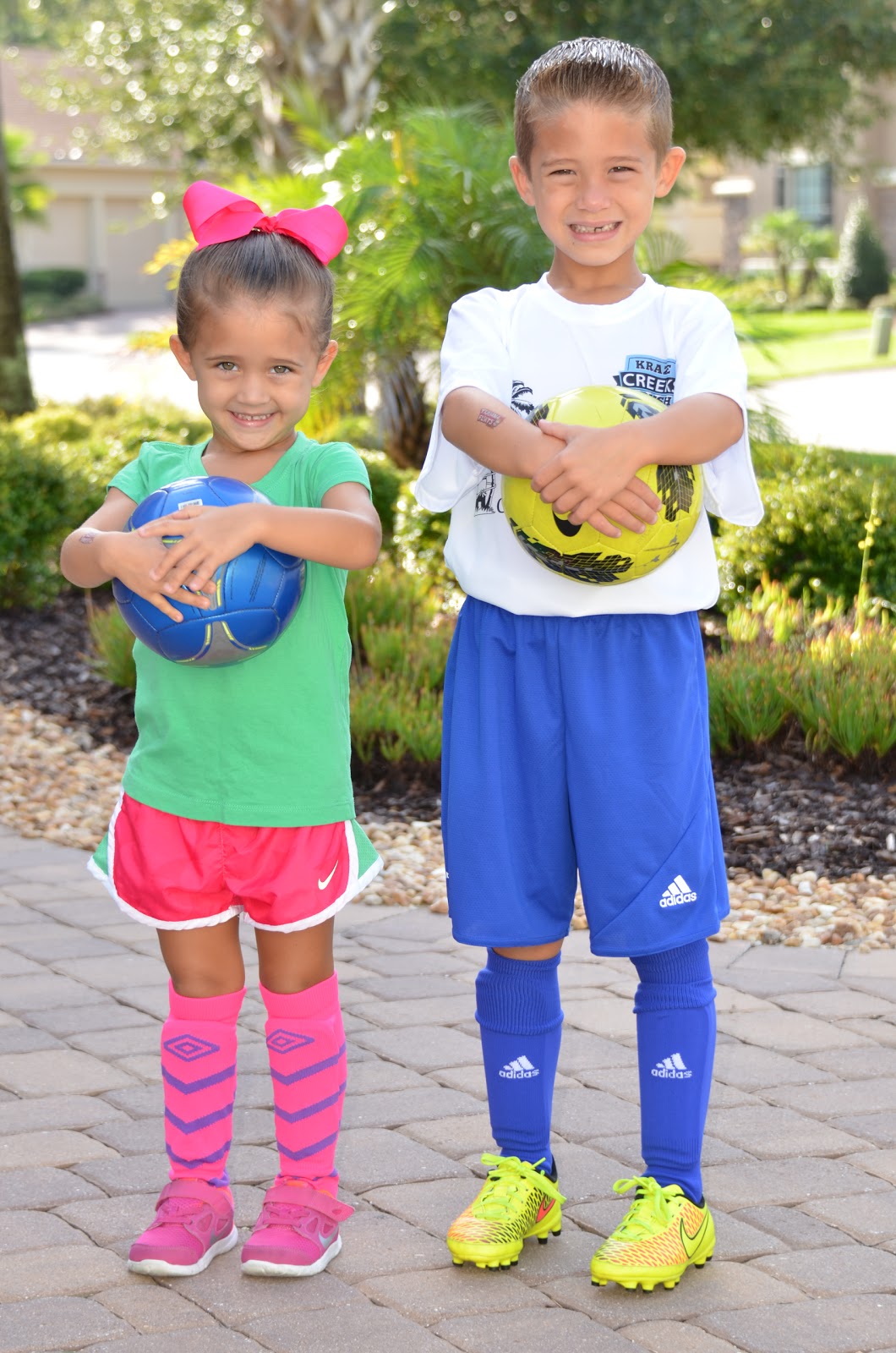 Today was Soccer Saturday for our family. Paige had her first ever soccer practice/game with her new I9 team and Connor had his first game with his new Creeks Academy U8 Bridge team.

Paige has been watching Connor play soccer for years, but today was her big day to try it for herself. Connor has been sweet about playing with her from time to time, but Paige has never taken a big interest in the sport. We had no idea how she'd do today. 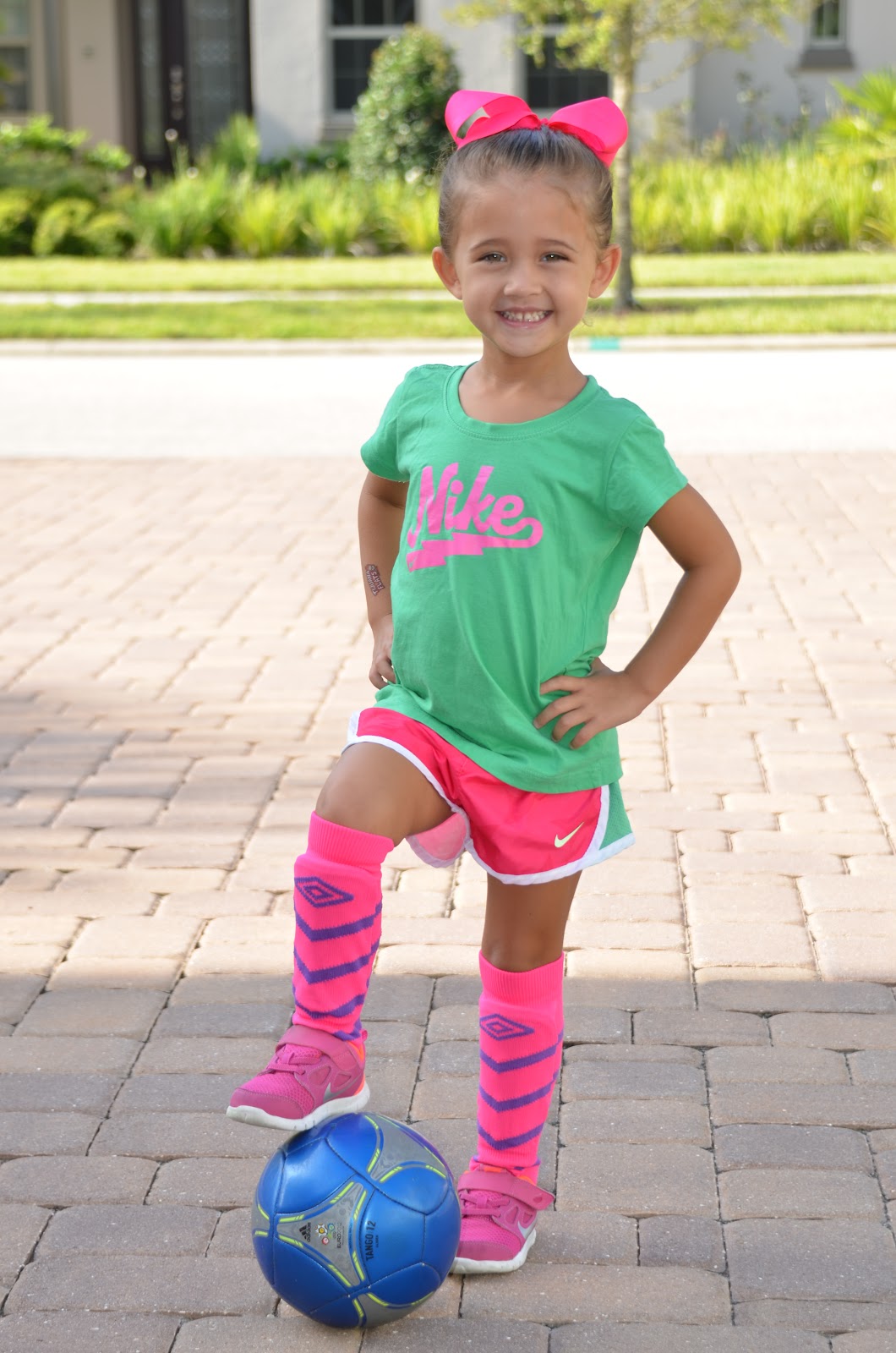 Connor's new soccer season started and initially he wasn't put on the Bridge team, but this week was his first game with them. He's been working hard this year and we were happy he got selected to be on the team. The Bridge team plays with U9 (players under 9 years old), and it is a big challenge for them to play up with the bigger older boys. The other teams have boys up to 1-1 1/2 years older than Connor. 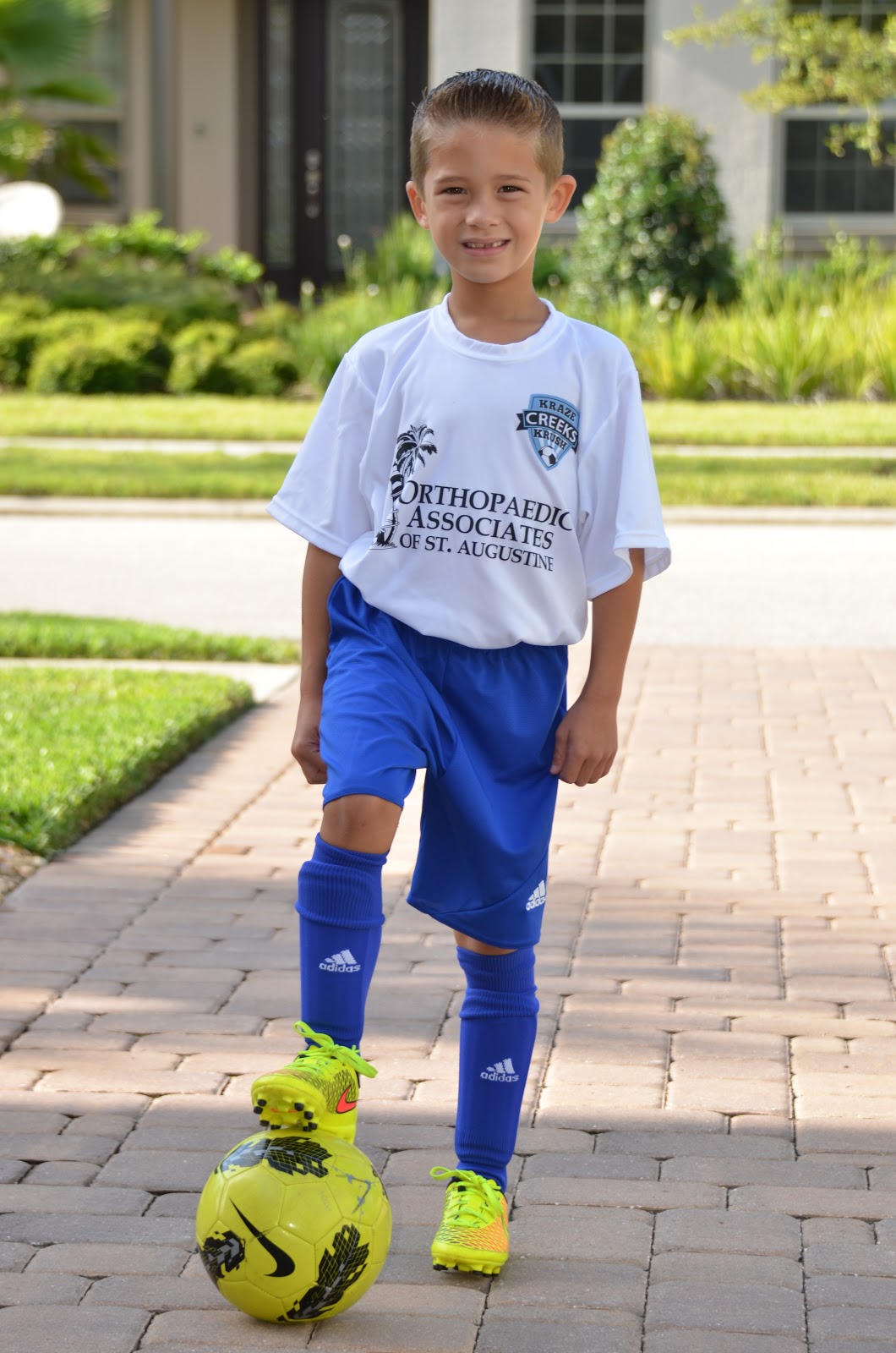 Paige's game was at 10am and since Connor had to be at his soccer field early, we split up initially and I took Paige. Grandpa Rick and Grandma Alice showed up to watch for a little bit and Paige was thrilled to see them. When we arrived, we picked up her jersey and she wasn't too thrilled to put it on since she liked her Nike shirt so well. I finally convinced her and she decided to wear it with the Blue side out initially. 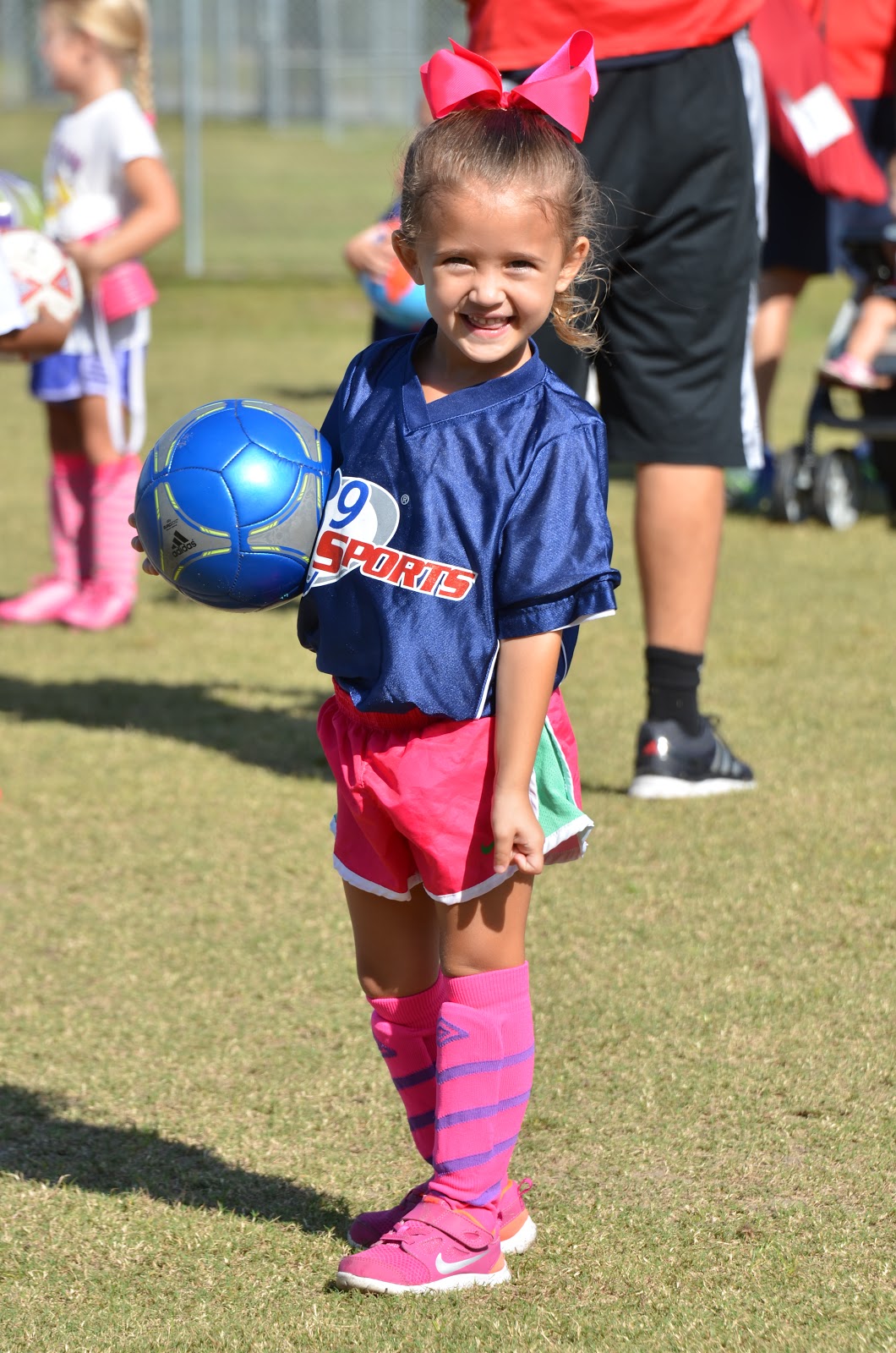 I picked out lucky #7 for her. She looked cute from behind with her curly ponytail that Mommy did this morning. 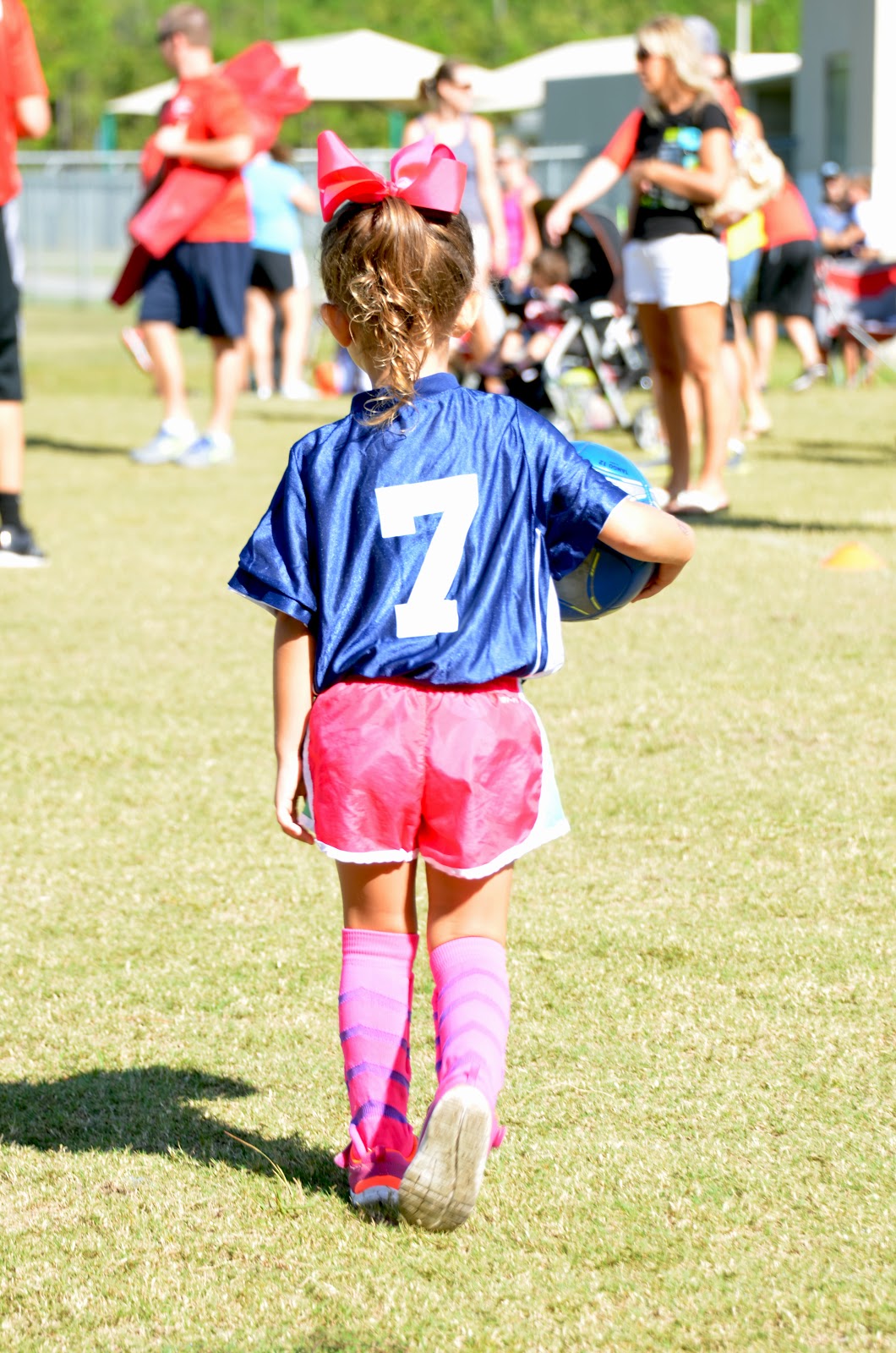 They did some warmup drills, and eventually they broke them off to play some 3v3 games. Paige started off with her neighbor friend Olivia on her team and the two of them were in LaLa Land for a while. They were pretty much just walking around holding hands watching the little boy on their team do his best to play soccer against the other three players. After a short break and some substitutions, Paige started to catch on and chased after the ball with the other kids. 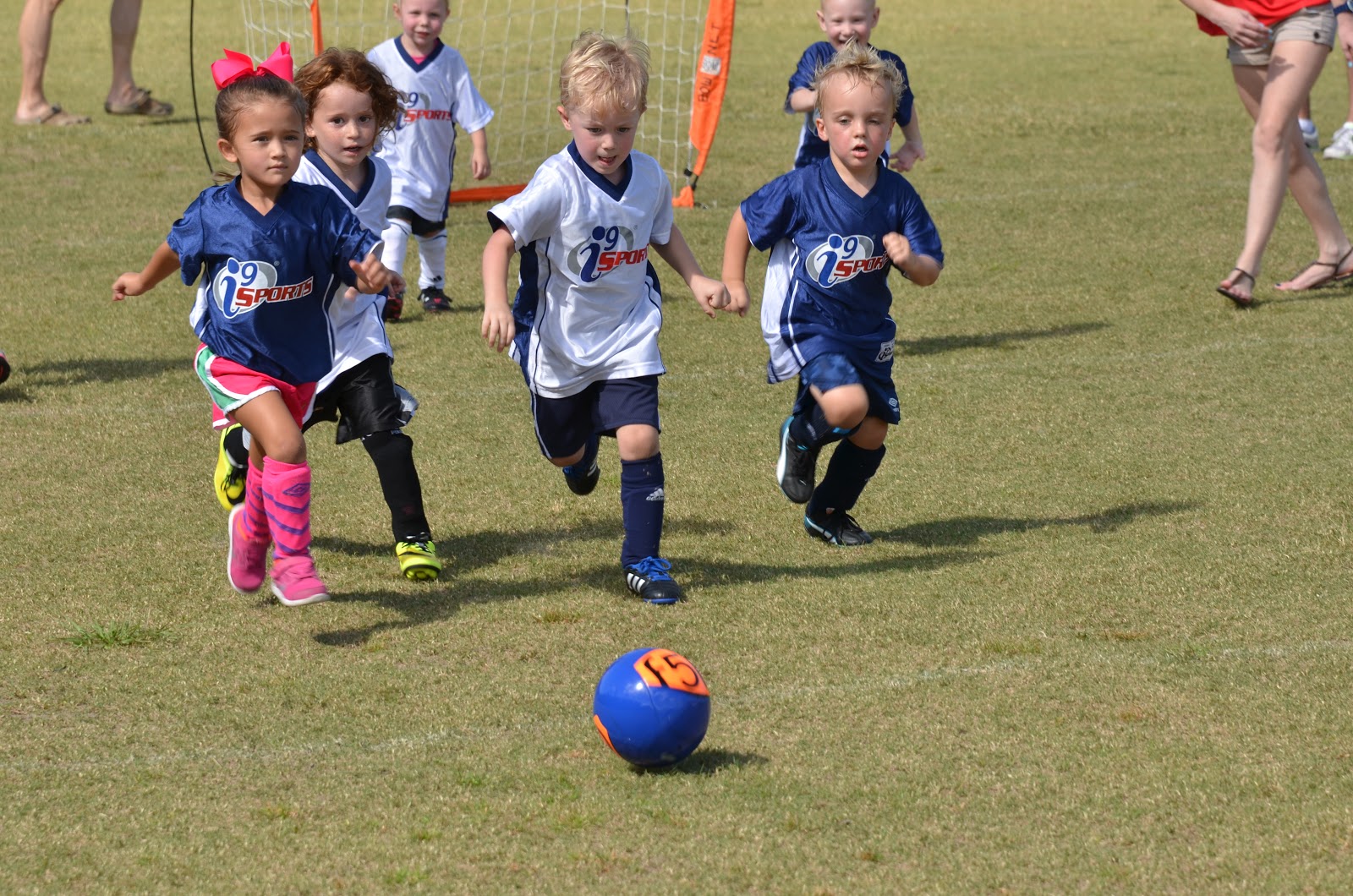 She actually caught the ball a few times and moved it in the right direction. 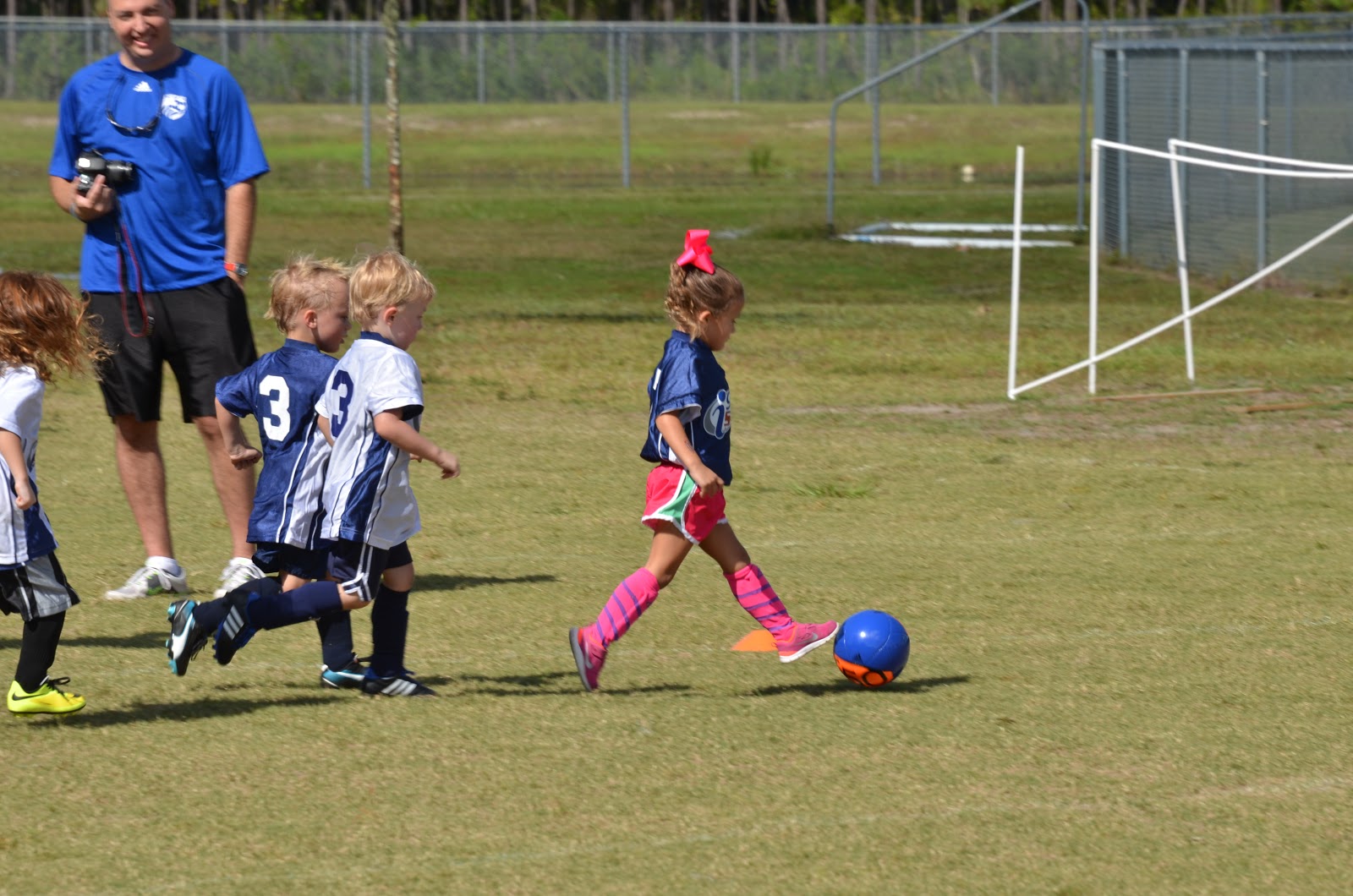 At halftime they switched Paige to the white team so that the teams would have an even number of players and subs. 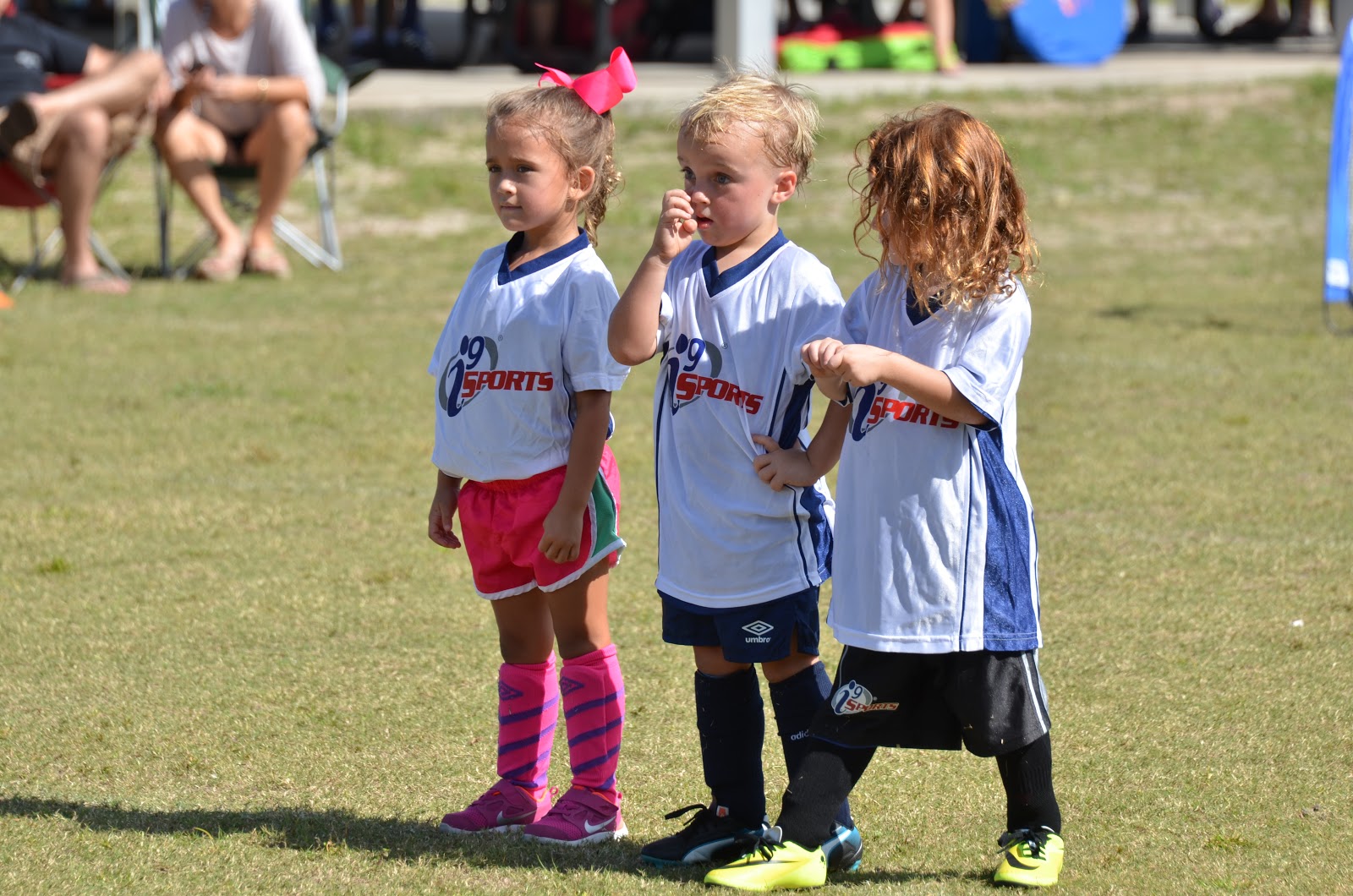 It was super hot out, so Paige stayed hydrated. 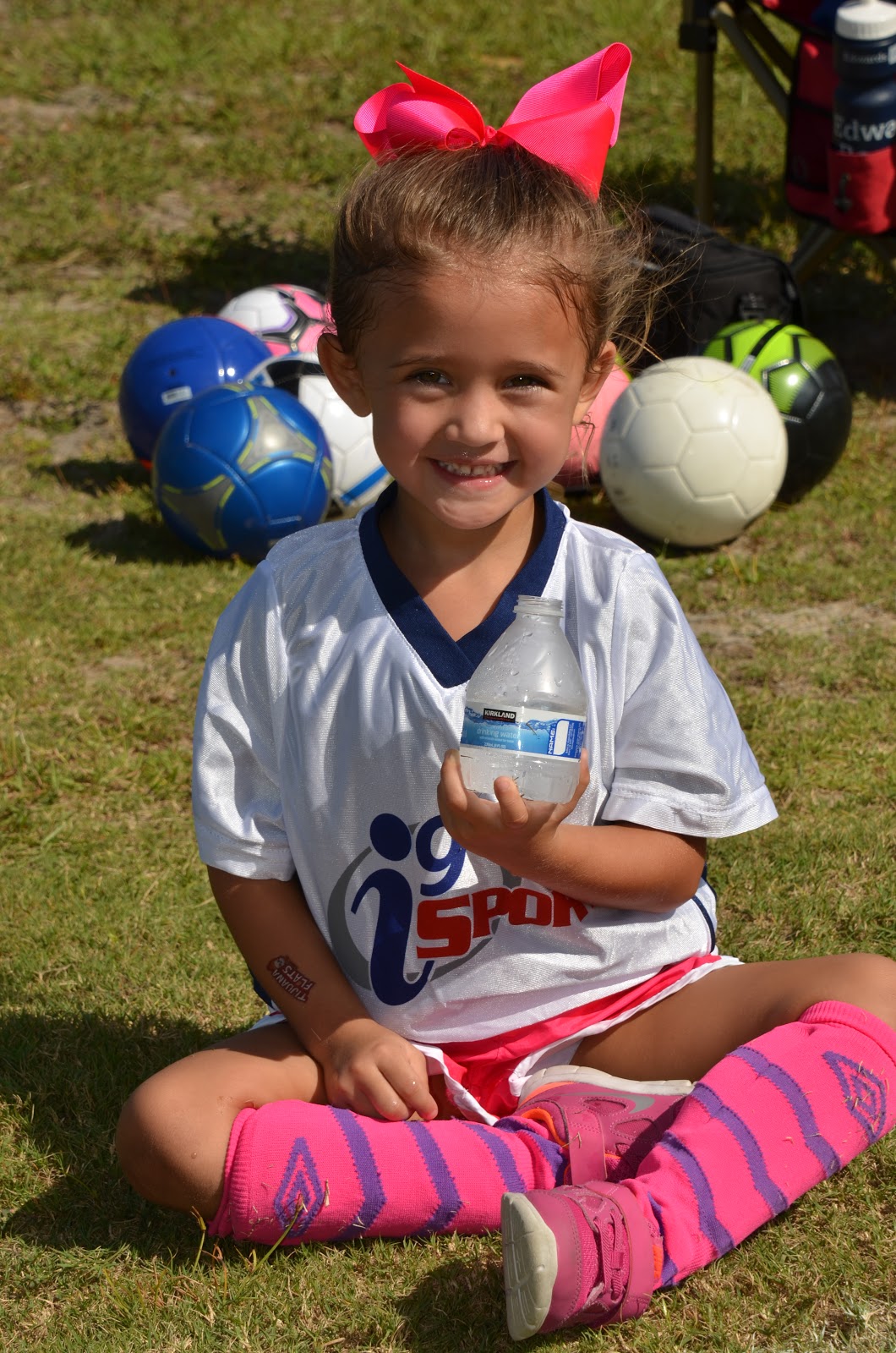 After the game, the kids lined up to practice shooting one time each. I got a video of Paige taking her shot and she made it!

As we were leaving, Olivia came over to tell Paige goodbye and I snapped a pic of them together. 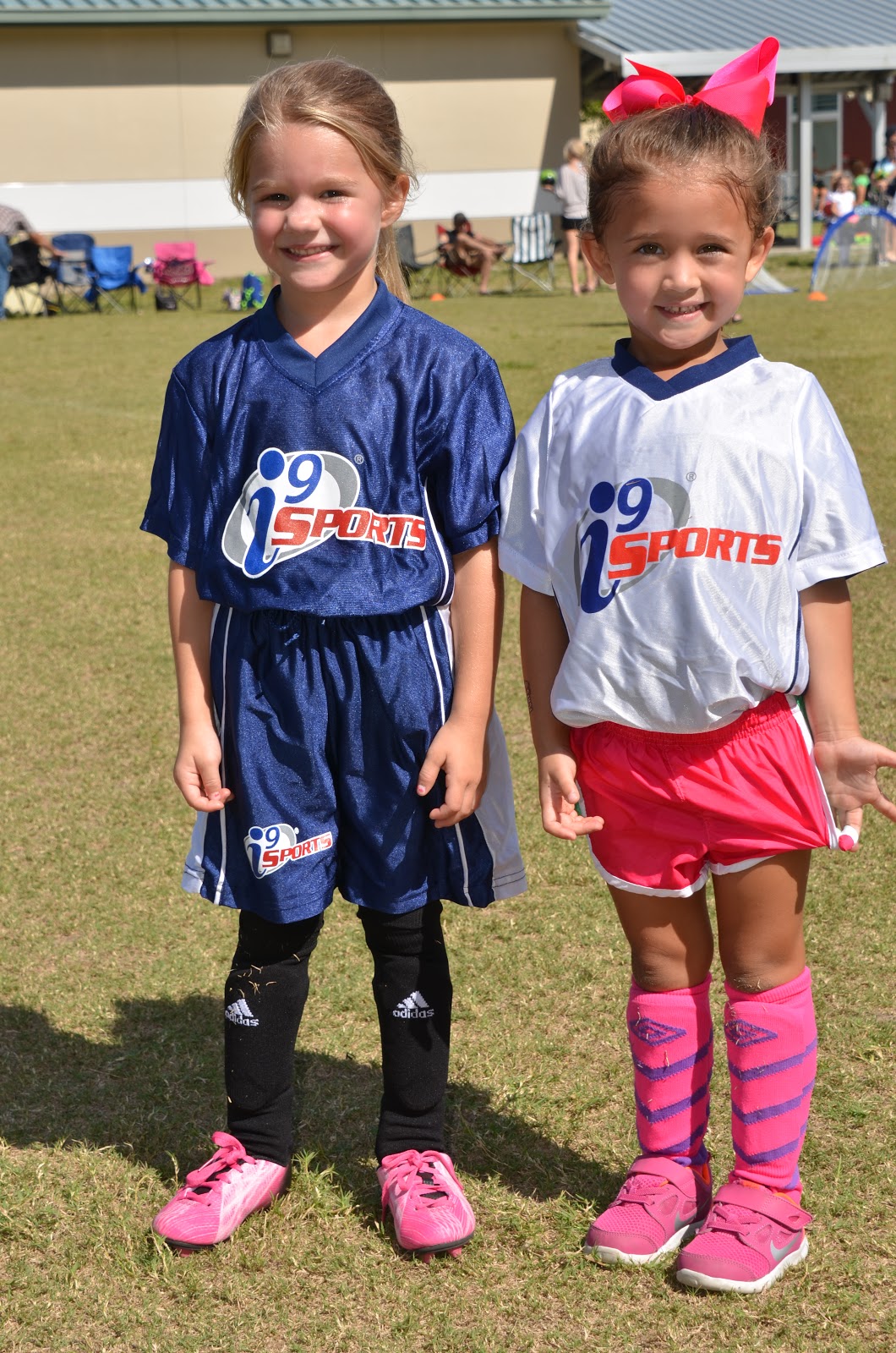 After Paige's game, we grabbed a quick bite to eat and then zoomed over to watch Connor play. His team had just started when we arrived. 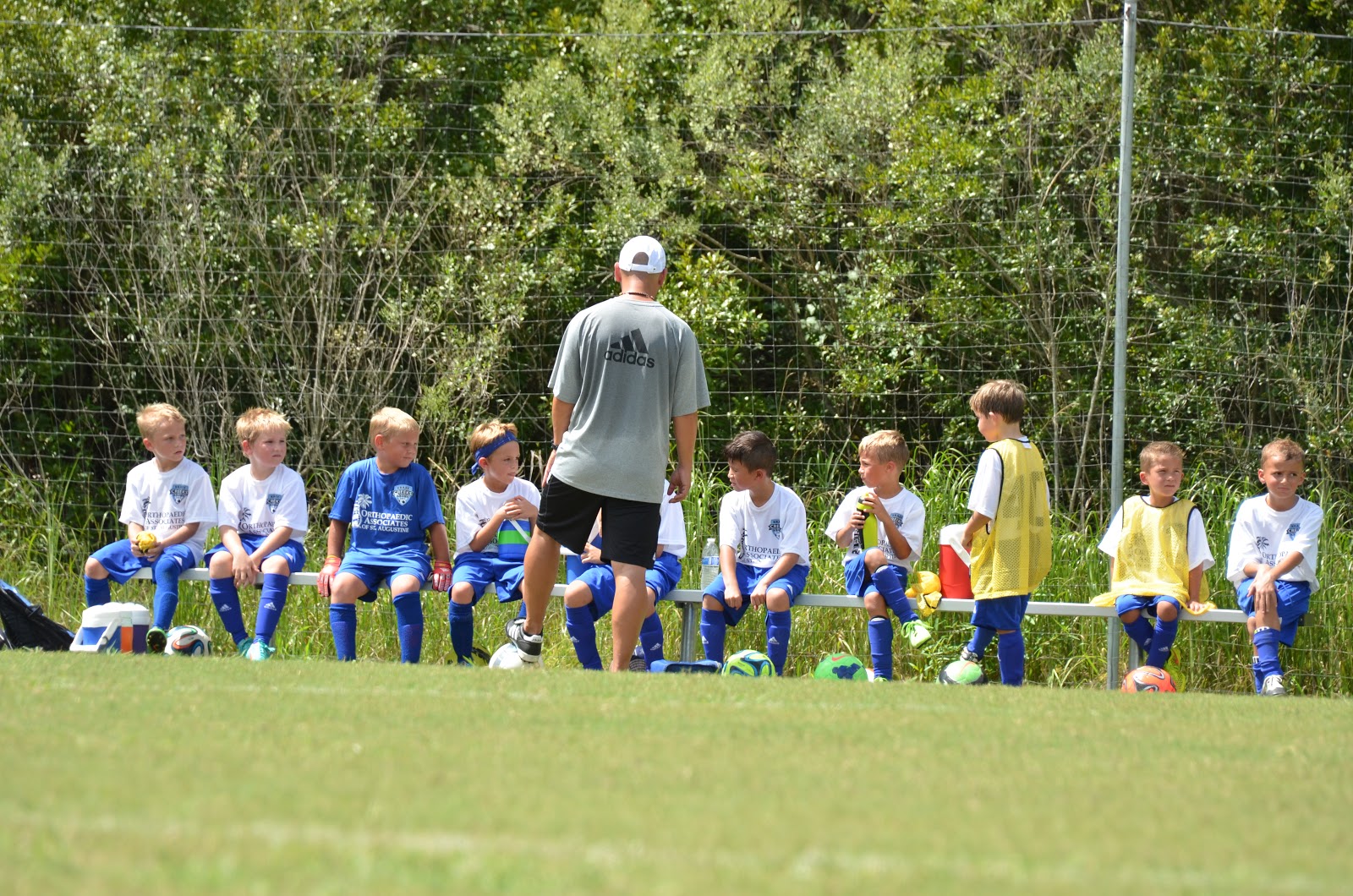 The game was pretty exciting and impressive to watch. The level of play is so much higher than most kids at Connor's age. Everyone was playing a position, there were goalies and there were even linesmen and a referee.

Connor's team did a good job of hanging in with the bigger boys and we were proud of the effort Connor put forth. He had a few good possessions and even though he didn't get in a position to shoot, he did very well.

In some of the pics you can really see how much bigger the boys on the other team were. 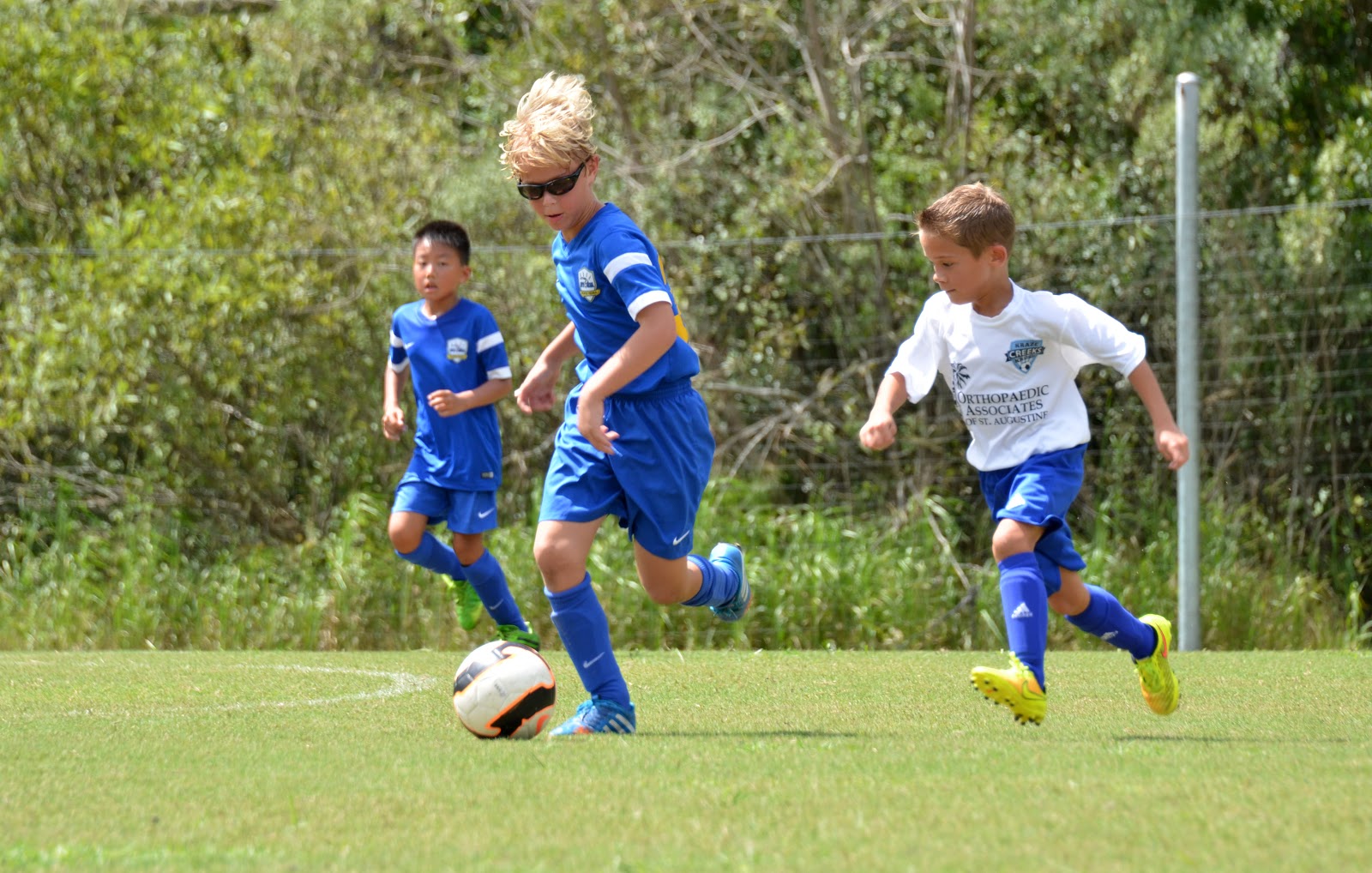 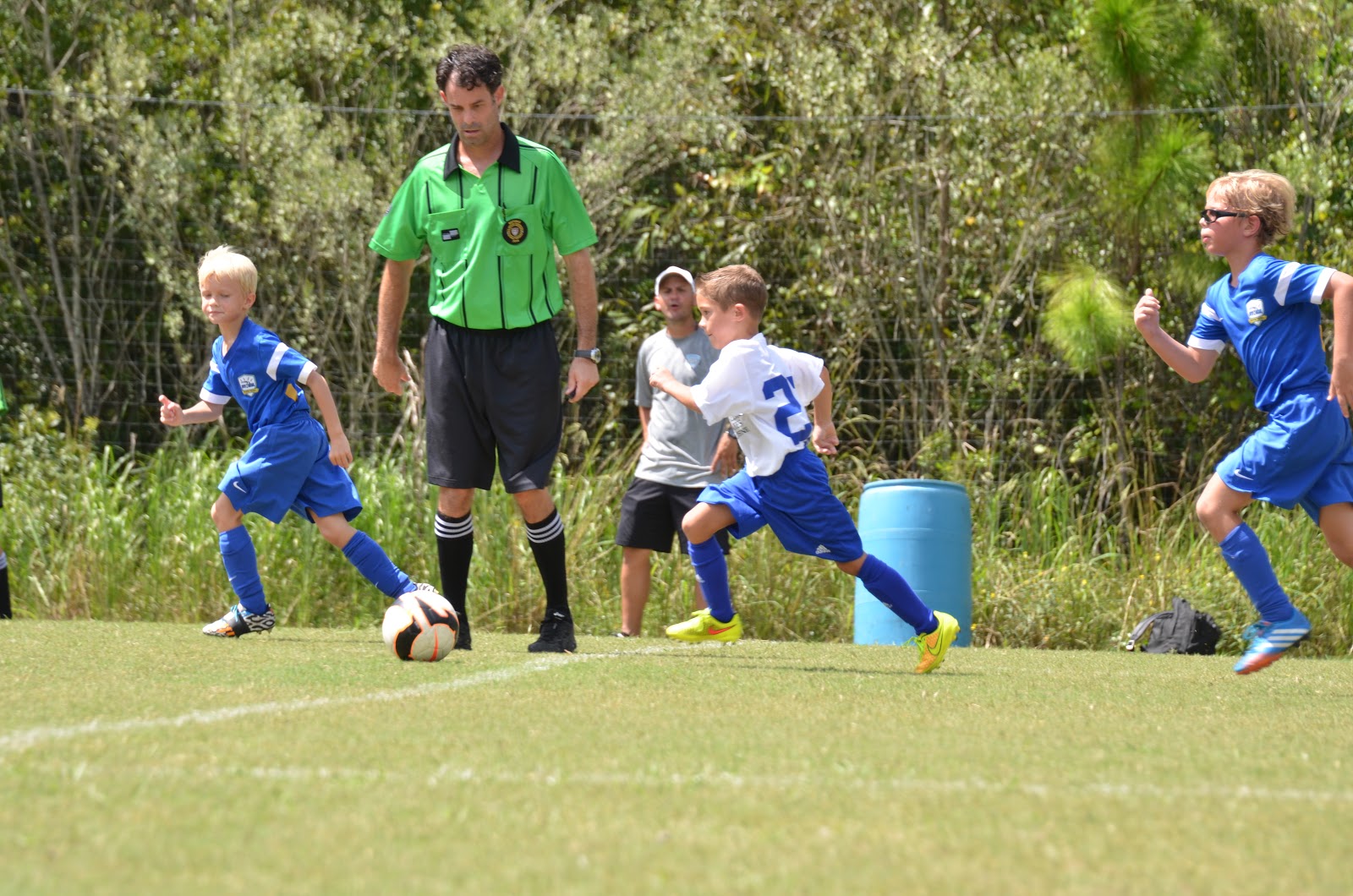 Connor's team ended up losing 1-3, and Connor was disappointed, but we told him how proud we were of him and he had a good time playing. 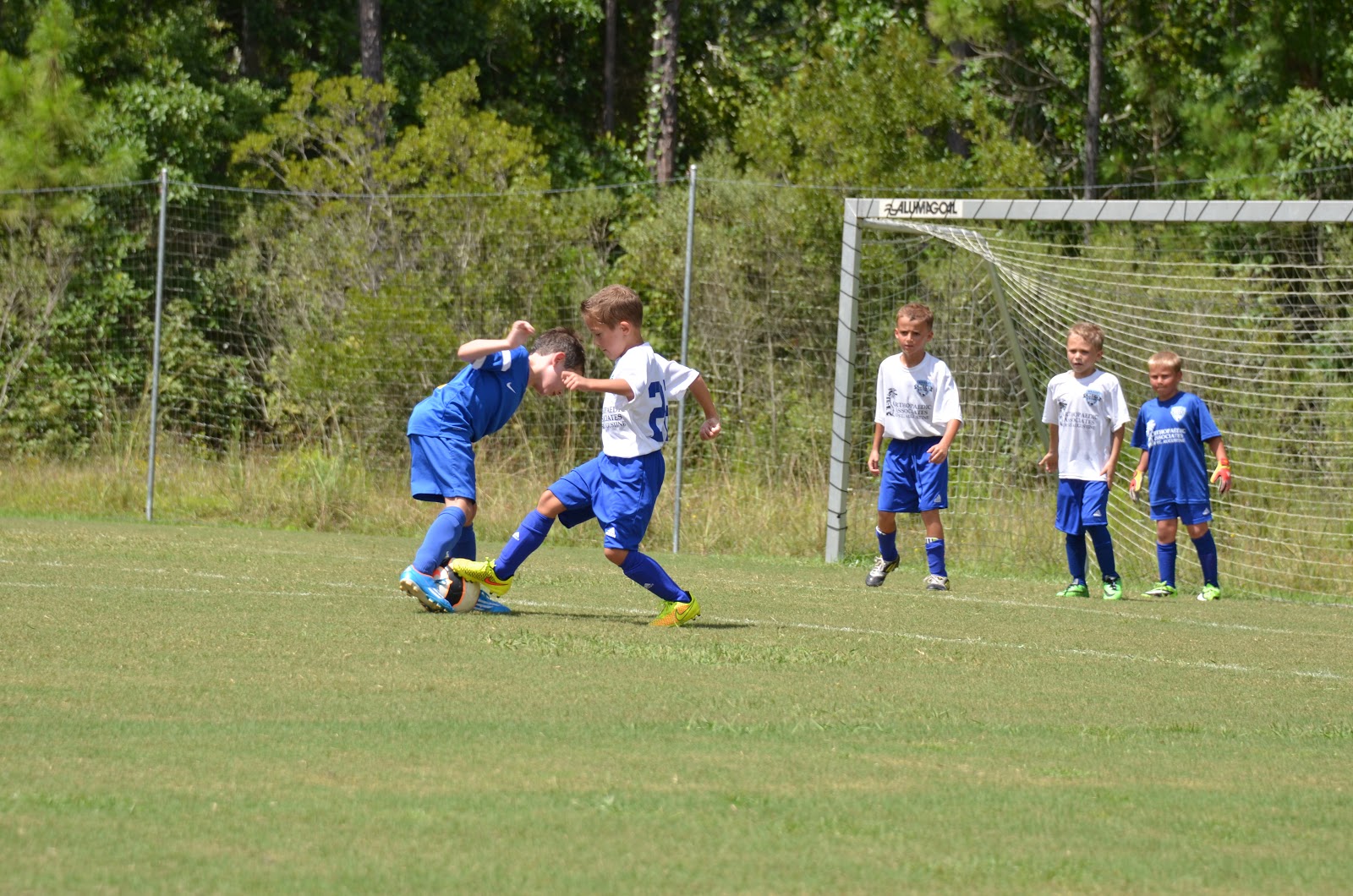 Paige had a good time goofing off with Cole and Graydon during the game. Ryan and Amanda sat in the 1-million degree sunshine with us to support our little man today. Graydon got hot, but Amanda poured water on him and Graydon enjoyed playing with Cole and Paige. 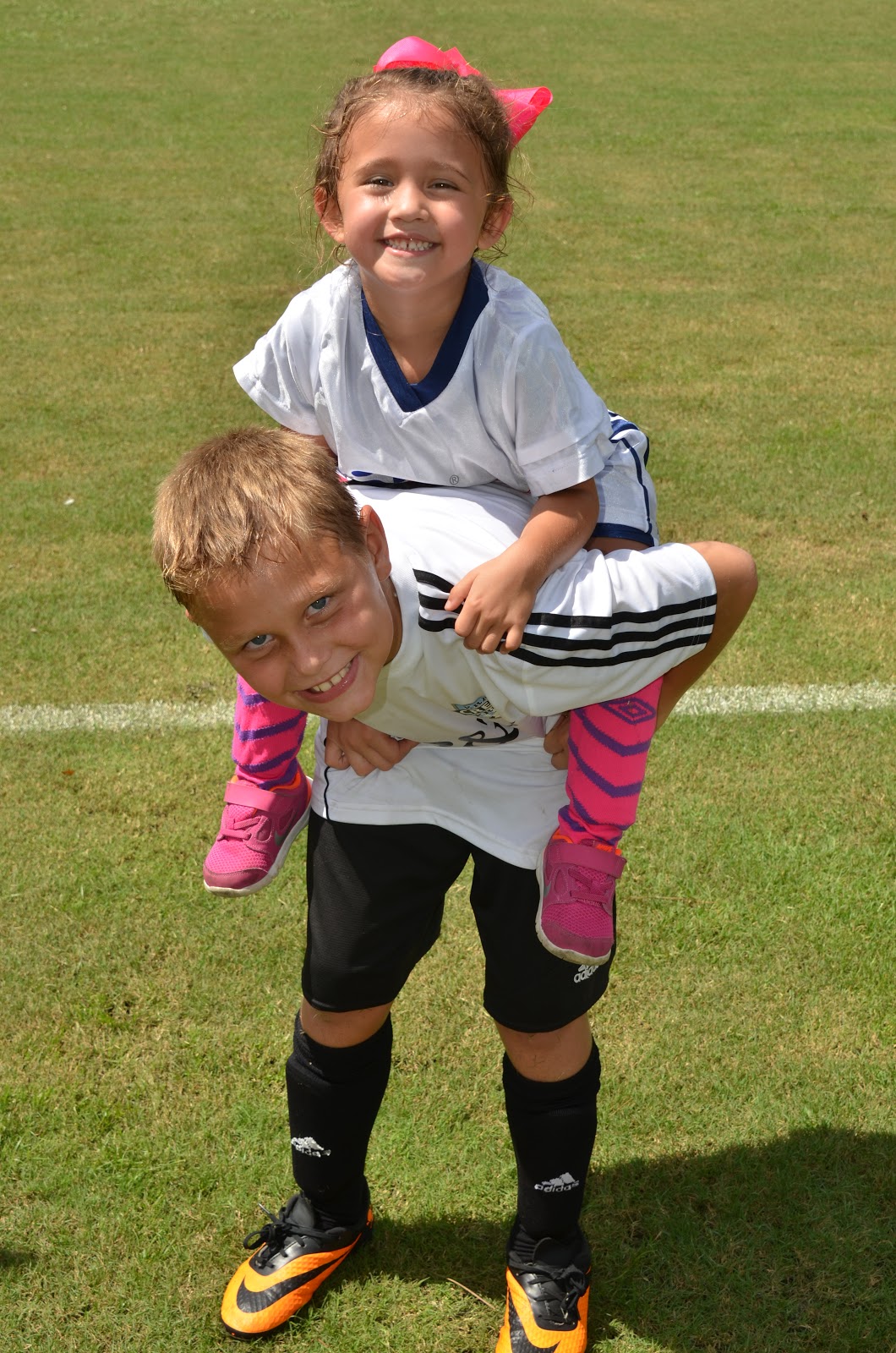 After Connor's game, we went home to cool off in the pool! It was a hot day and fun. We are looking forwards to some cooler weather soon!
Posted by Shawn Vernon at 2:20 PM

Some of your pictures of Connor and Paige today were just too cute for words. We're really glad Connor got to play on the team he should have been on in the first place. He's a real athlete and belongs with the better players.