Cold soccer day - Last game of soccer for Paige I9 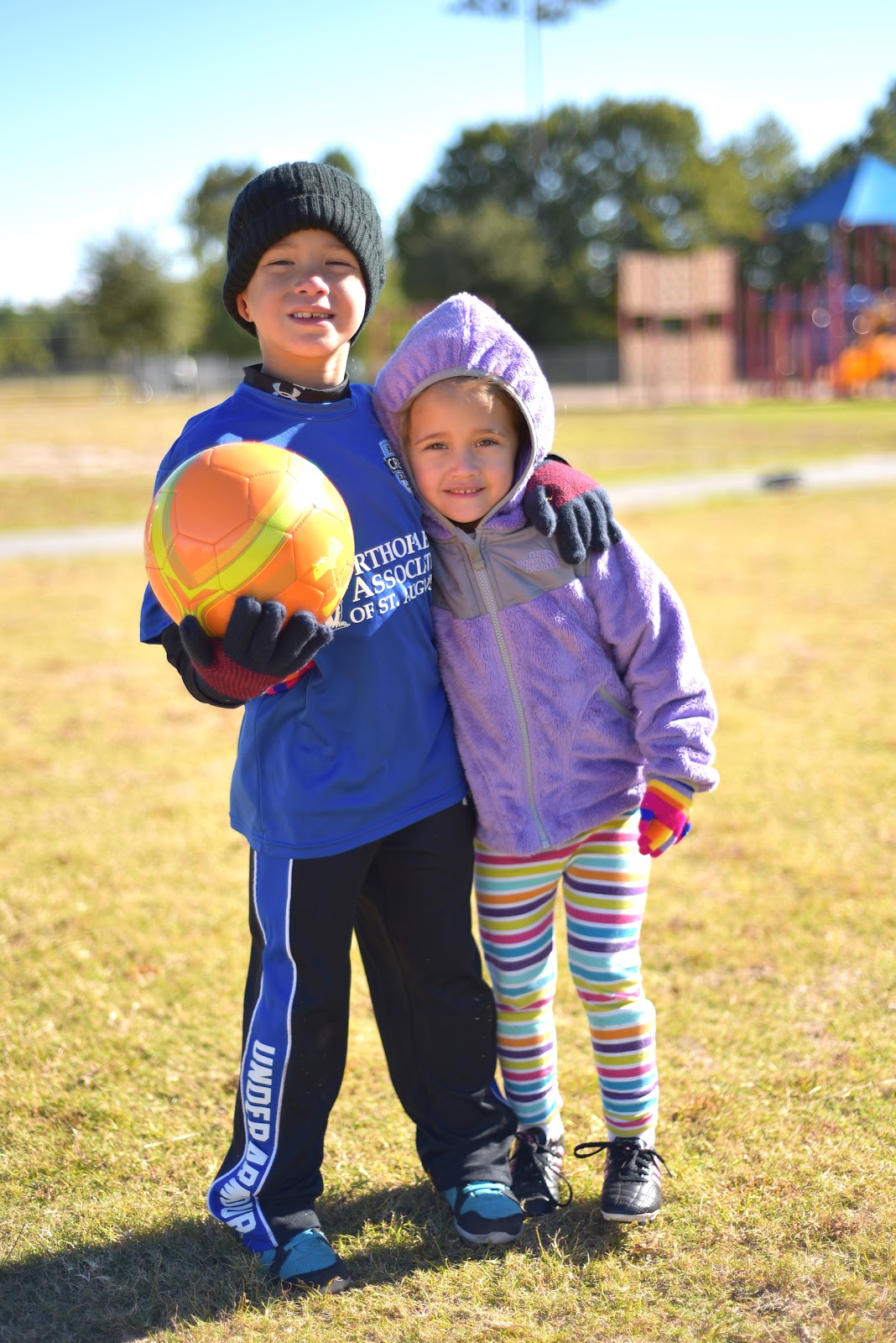 Saturday morning, the day after Halloween, we had some soccer to play. Overnight it got cold and super windy. Connor had two games, one in the morning and one in the afternoon. We had to be at the soccer field at 7:45 for the first game. Andrea found some gloves and a warm hat for him. I snapped a pic of him out front with some of our Fall and Halloween decorations before we left. He was nice and warm for the game. He was a little cold until he got going, then we fairly comfortable. It was very cold in the shade and I was pretty frozen by the time the game ended. 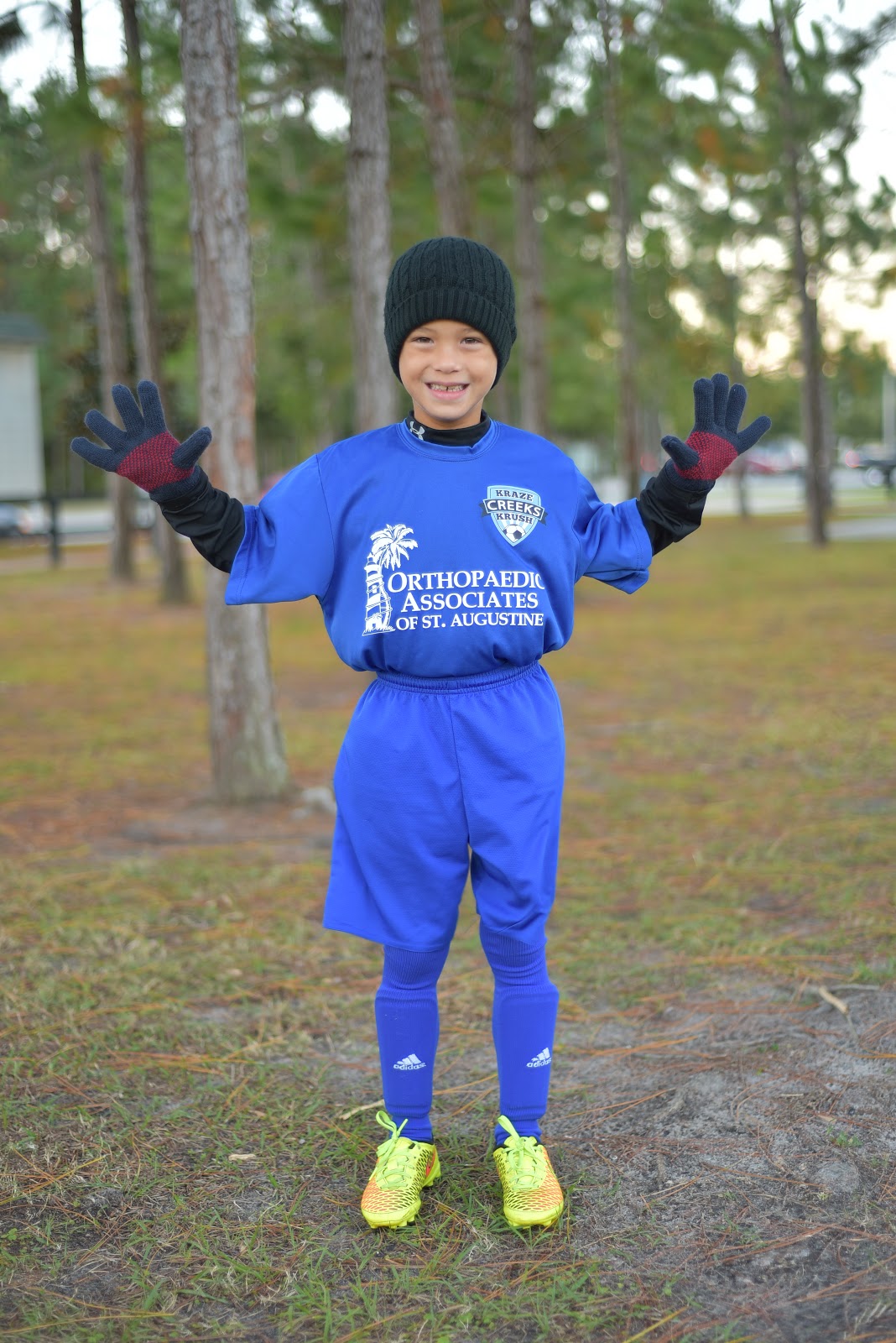 After Connor's game, I went home to pick up the girls and we went out to the I9 fields to watch Paige play her last game. She was bundled up pretty warm for the game. 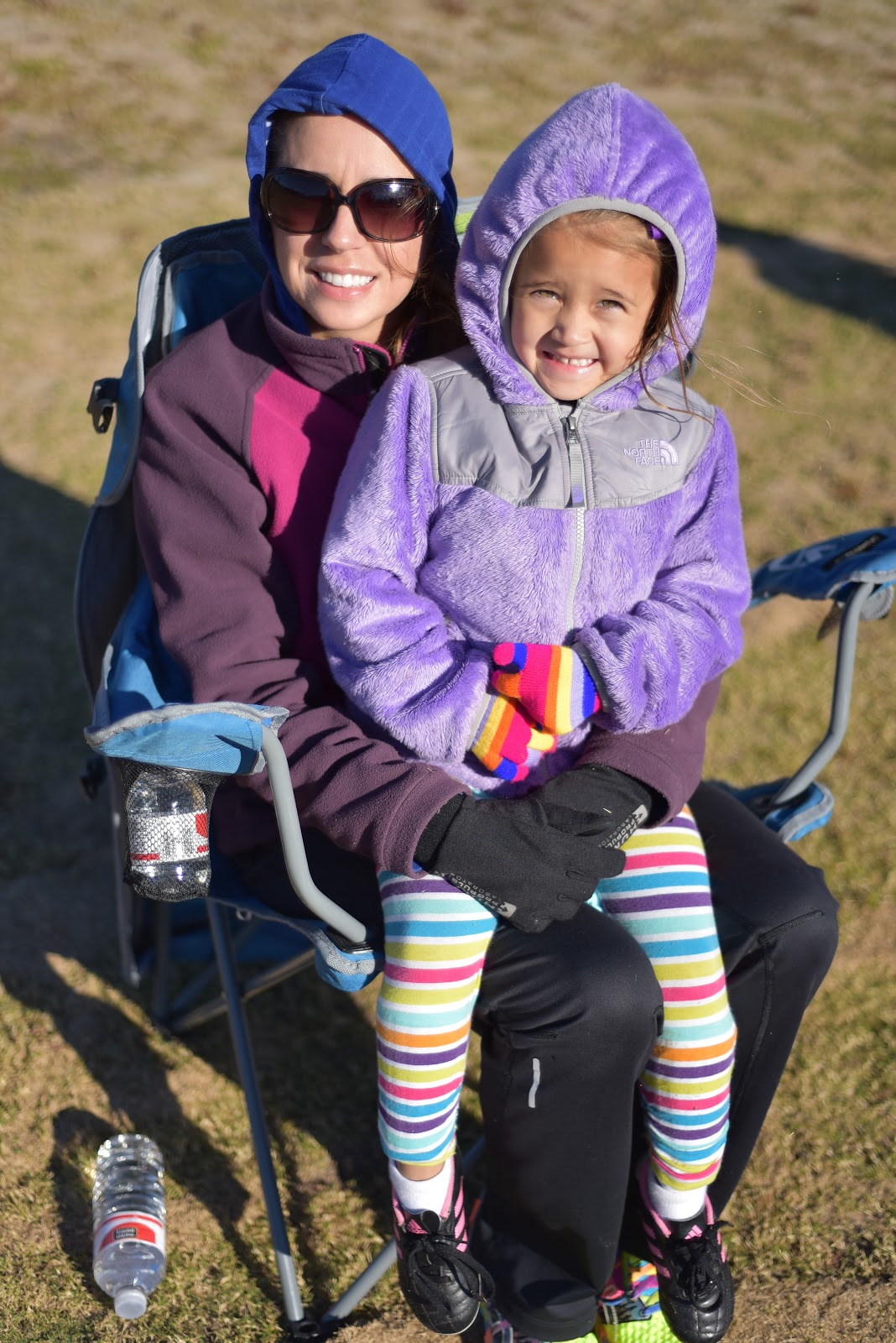 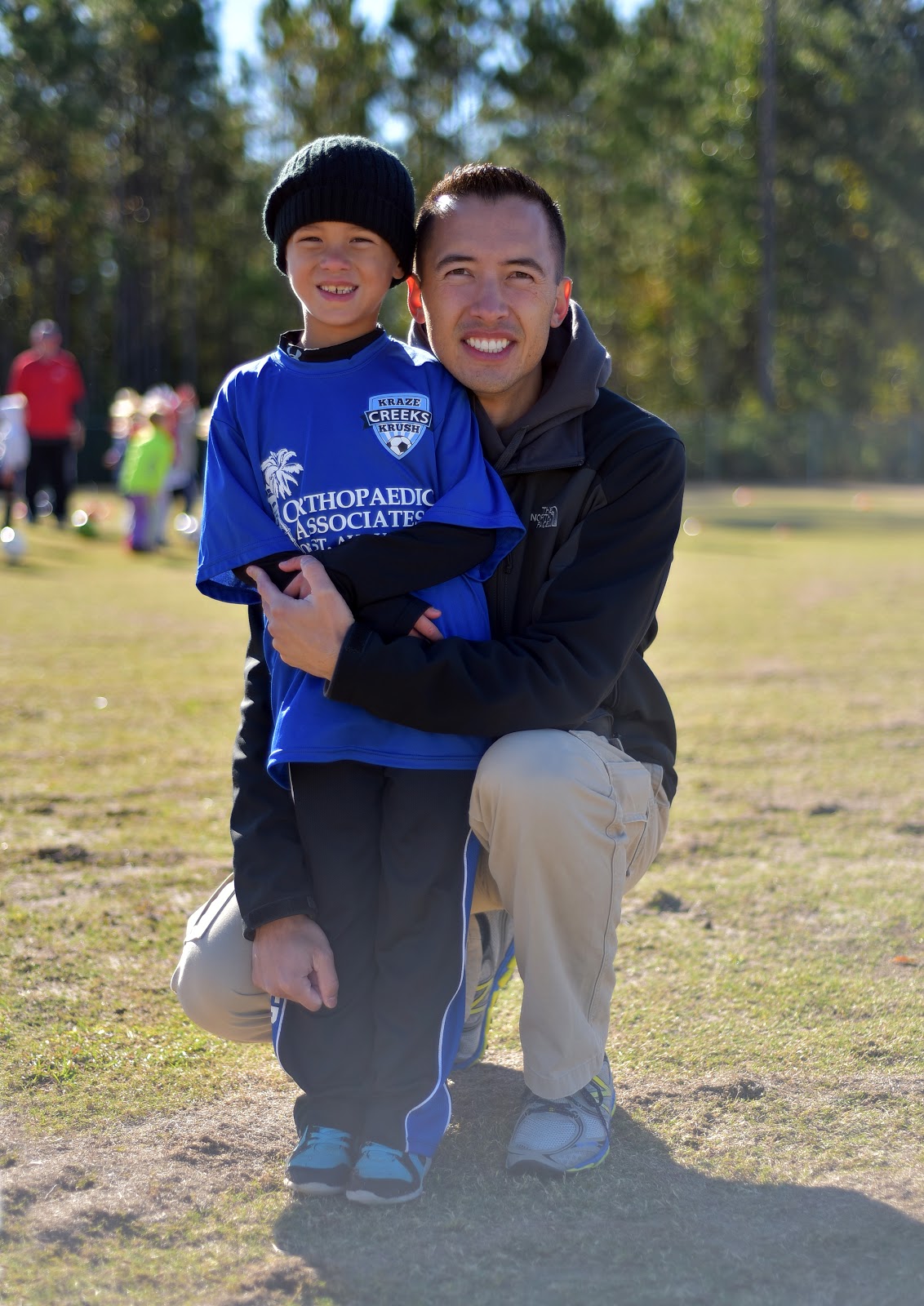 In Paige's last game, she scored a few goals and worked hard again. She's definitely improved throughout her season and has enjoyed it. There is one little boy that pushes everyone around and trips everyone. He was as irritating as ever, but thankfully only managed to hurt himself today, although he did trip and fall with Paige a few times. 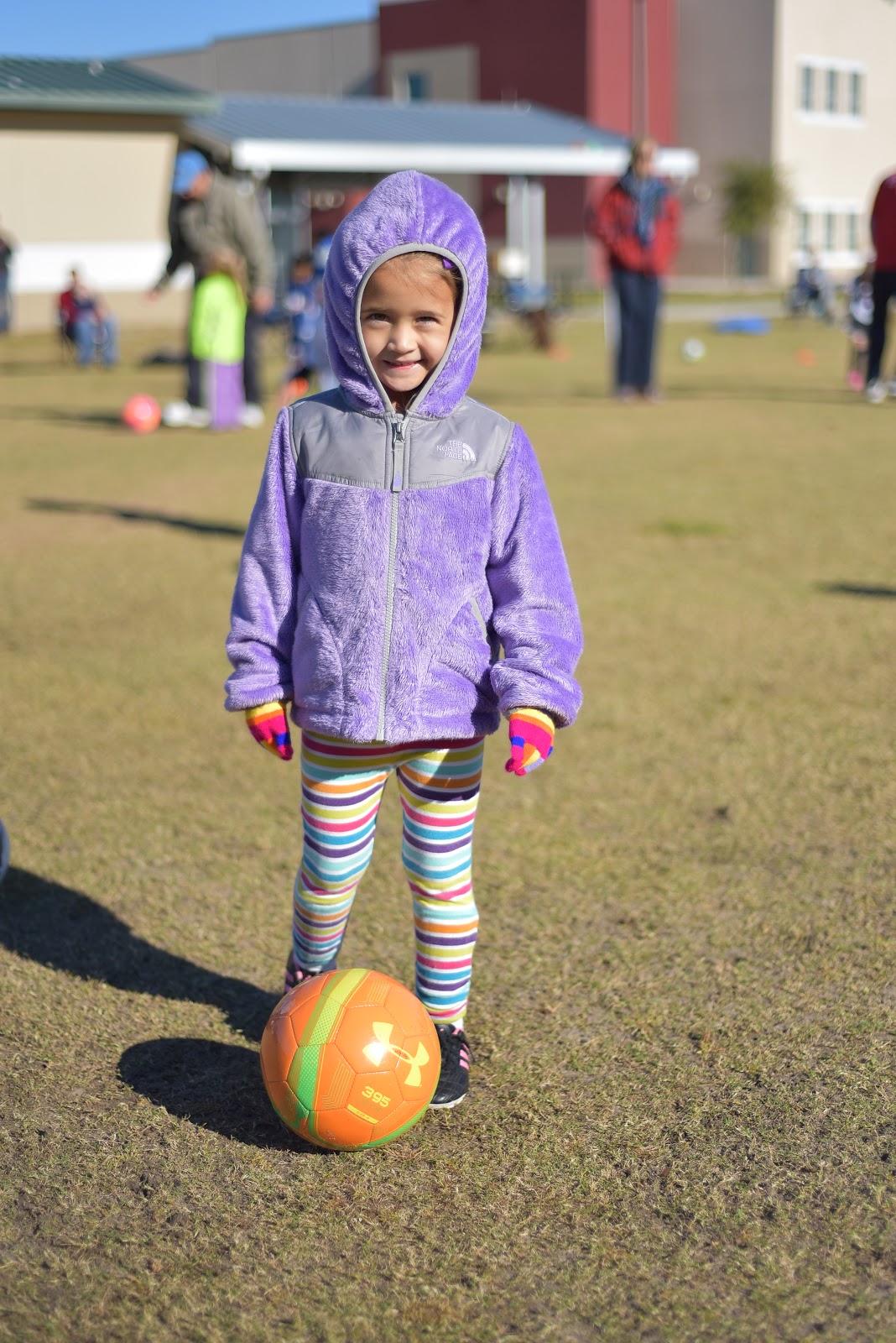 Paige was SUPER excited for her trophy after the game was over. I'll never forget at her first game she was asking me if she'd get a trophy, and today was the big moment she's been dreaming of. The trophy is actually a pretty good size and Paige was absolutely thrilled with it. 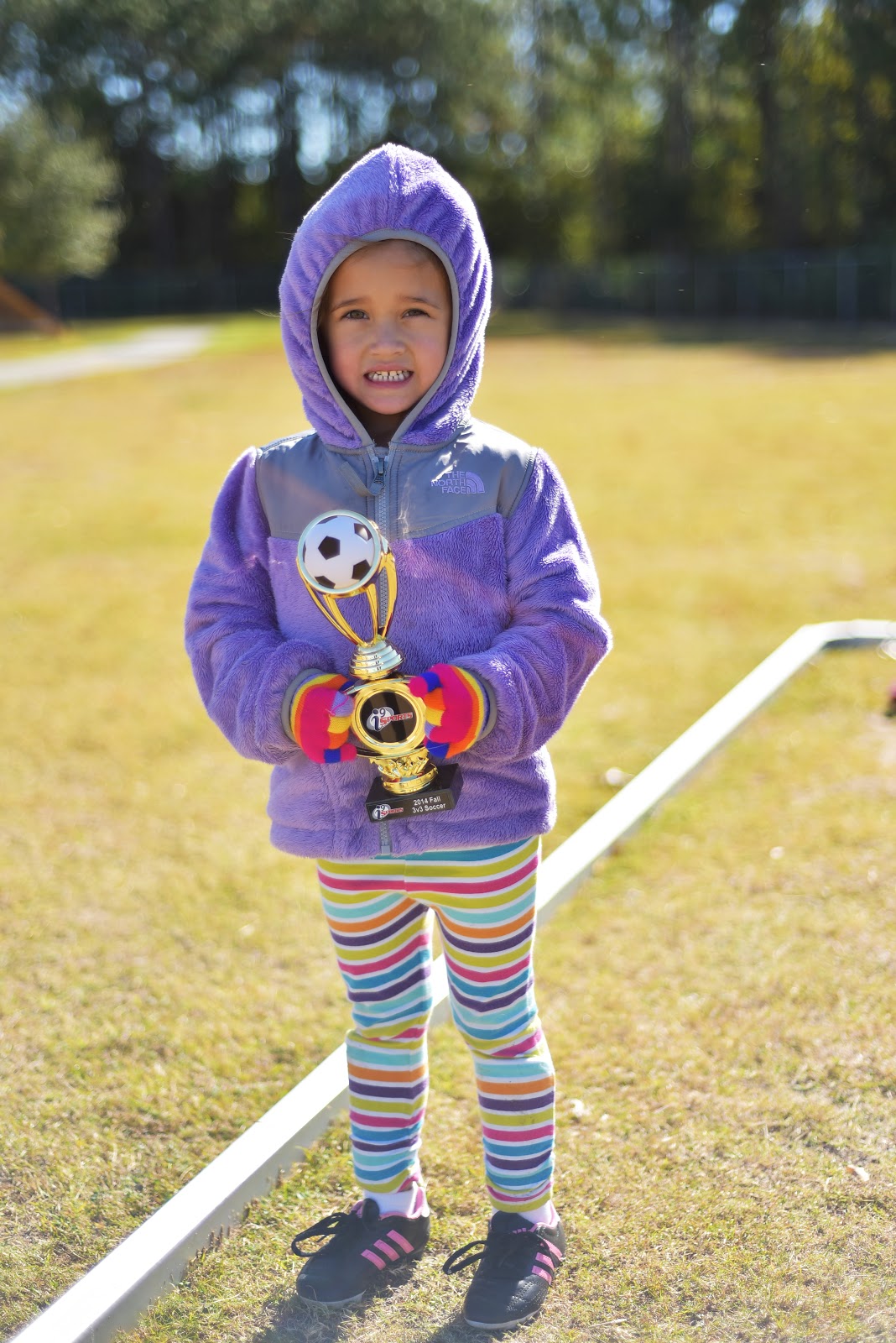 After the game we went to lunch and Paige insisted on bringing her trophy in with her. We're very proud of her and looking forwards to putting her in a Creek's recreational all-girl team this coming season. 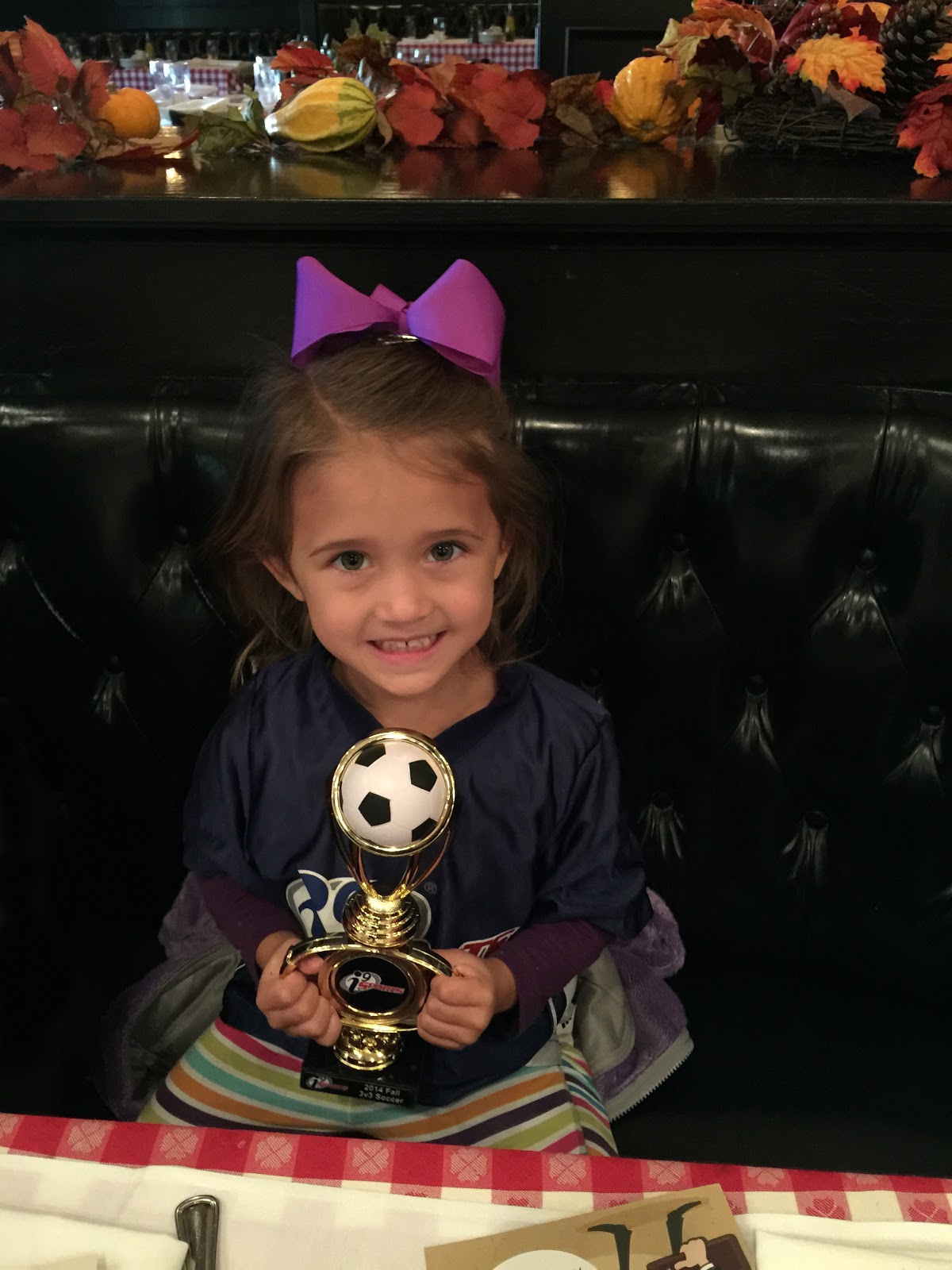 Connor's second game was in the afternoon and he did a good job in both games. They won the early game 1-0 and tied the second game 1-1. We are happy to be home and warm now, but we did enjoy our soccer day.
Posted by Shawn Vernon at 3:13 PM