Storytime with the kids

Before bed, for as long as I can remember, I've been doing storytime with the kids. Typically, while I play with one of the kids Andrea will read to the other. It's a good way to work on reading and also use our imaginations. Some nights, we'll just lay in bed and I'll tell stories based on whatever characters or themes they think up. Sometimes we'll play with their toys together, or really do whatever they're interested in at the time.

Recently, Paige has enjoyed playing some Xbox during her storytime. I was a little resistant to it at first, but it's been very good for her coordination and the Lego games (Batman and Pirates of the Caribbean) do a good job of teaching problem solving and have some neat puzzles.

Last night, I was a little surprised Paige didn't want to do Xbox and wanted to do "Princess Storytime" again. We were having fun and about halfway through, I realized I probably never had a video of us doing her storytime with her characters so I started taking a video. Sometimes I cut videos a bit short, so I let this one run for a while. 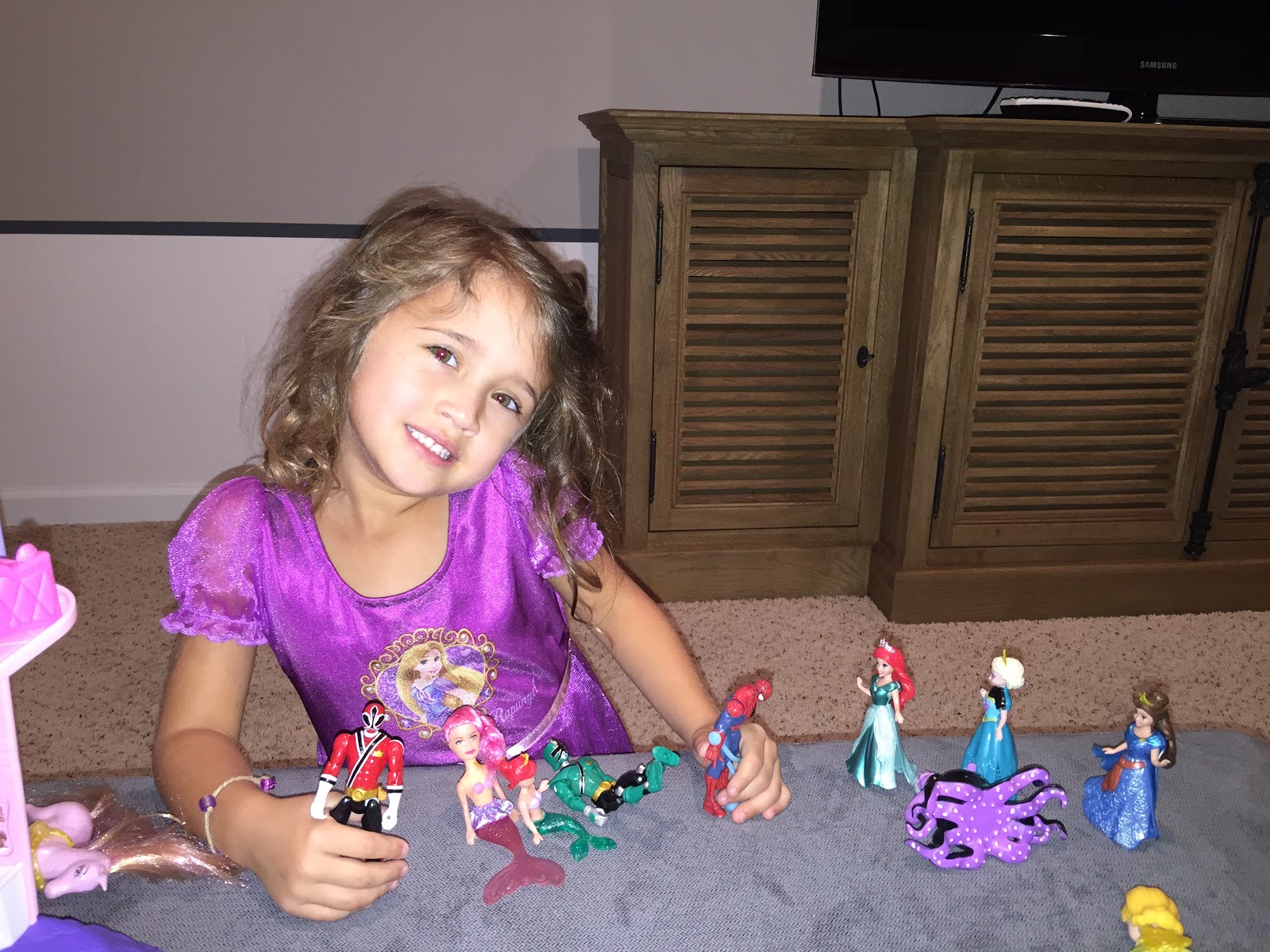 Connor gets in to his cars every once in a while and recently we got out all of his cars from the "Cars" movies. He set up a racetrack on the table and during his time we did some racing. I used to try and help him push the cars around the track but he's got specific things in mind and prefers it if I just act as the announcer and talk about the awesome stuff that's happening during the race. Last night he actually asked if Paige could participate too, so Paige had her princesses come and watch the race. 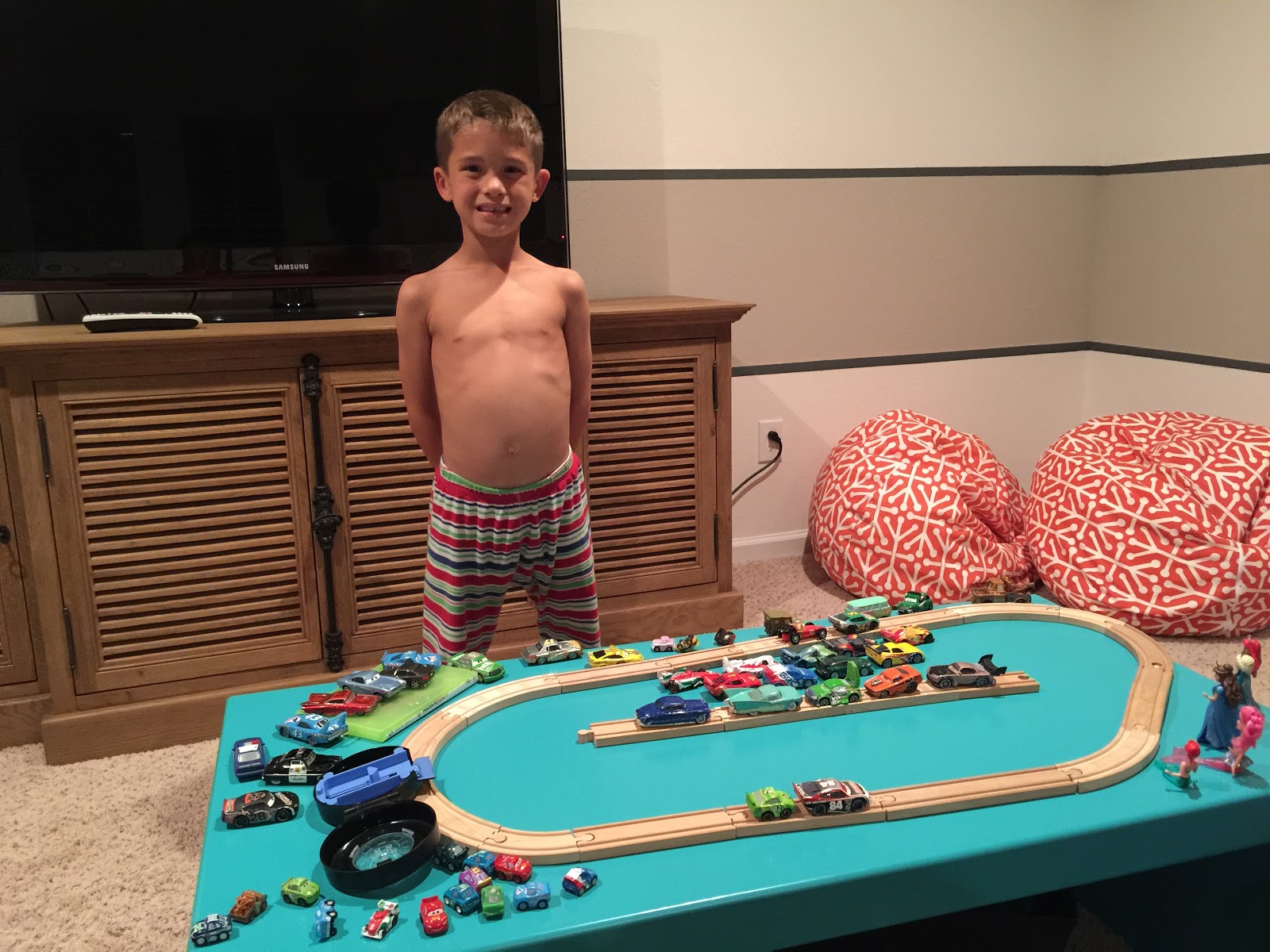