More park and hiking with the kids 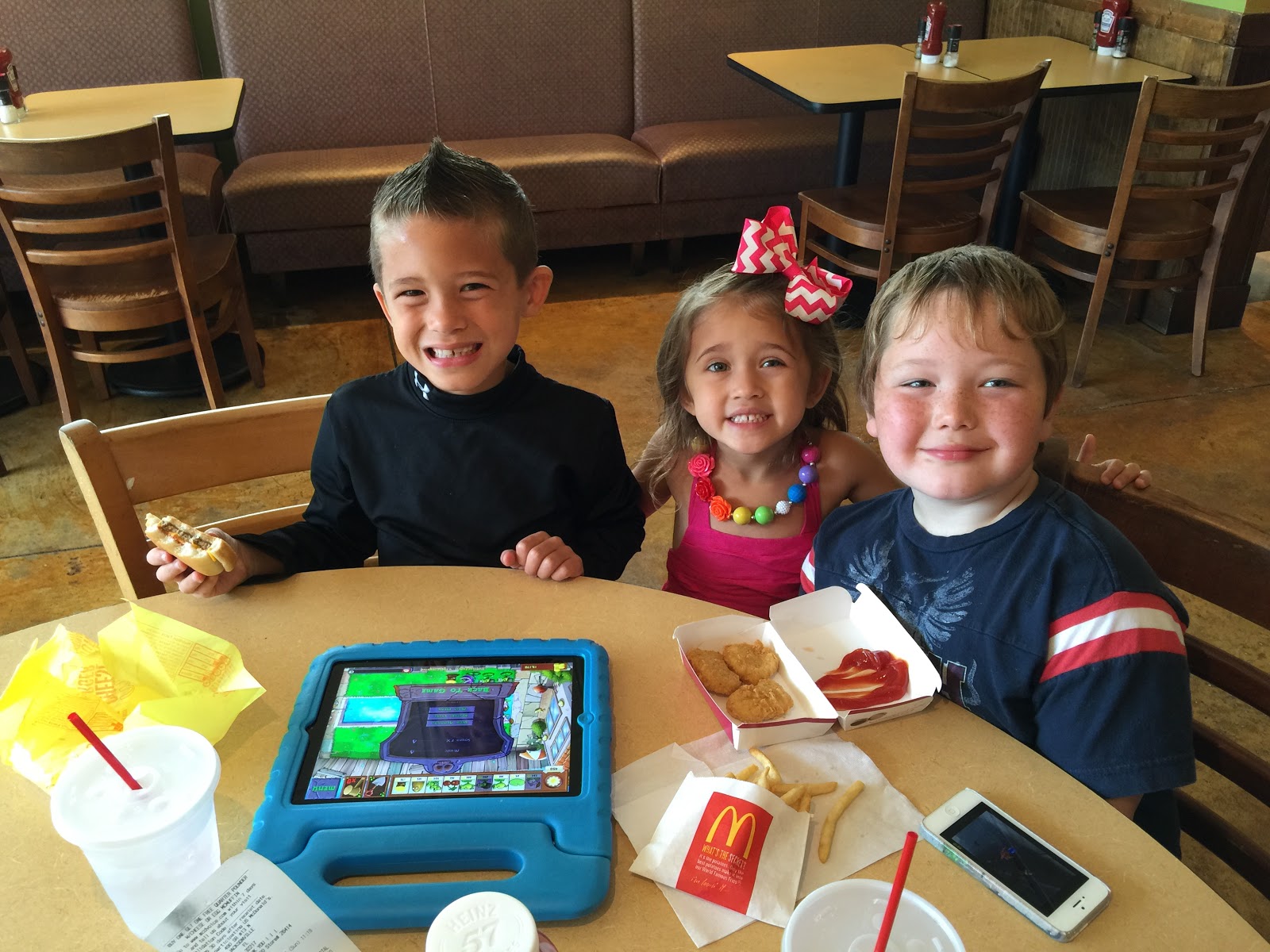 Today I had the kids by myself for another day, so we decided to get out of the house and do something fun. Logan stopped by just as we were leaving, so I decided to bring him along as well. We started off with an early lunch at the Loop. I got the kids some McDonald's since that's what they'd prefer anyways.

I got Paige put together on my own for the second day in a row. She's much more of a challenge to get ready than Connor. She picked out most of her things herself and I fixed her hair the best I could. 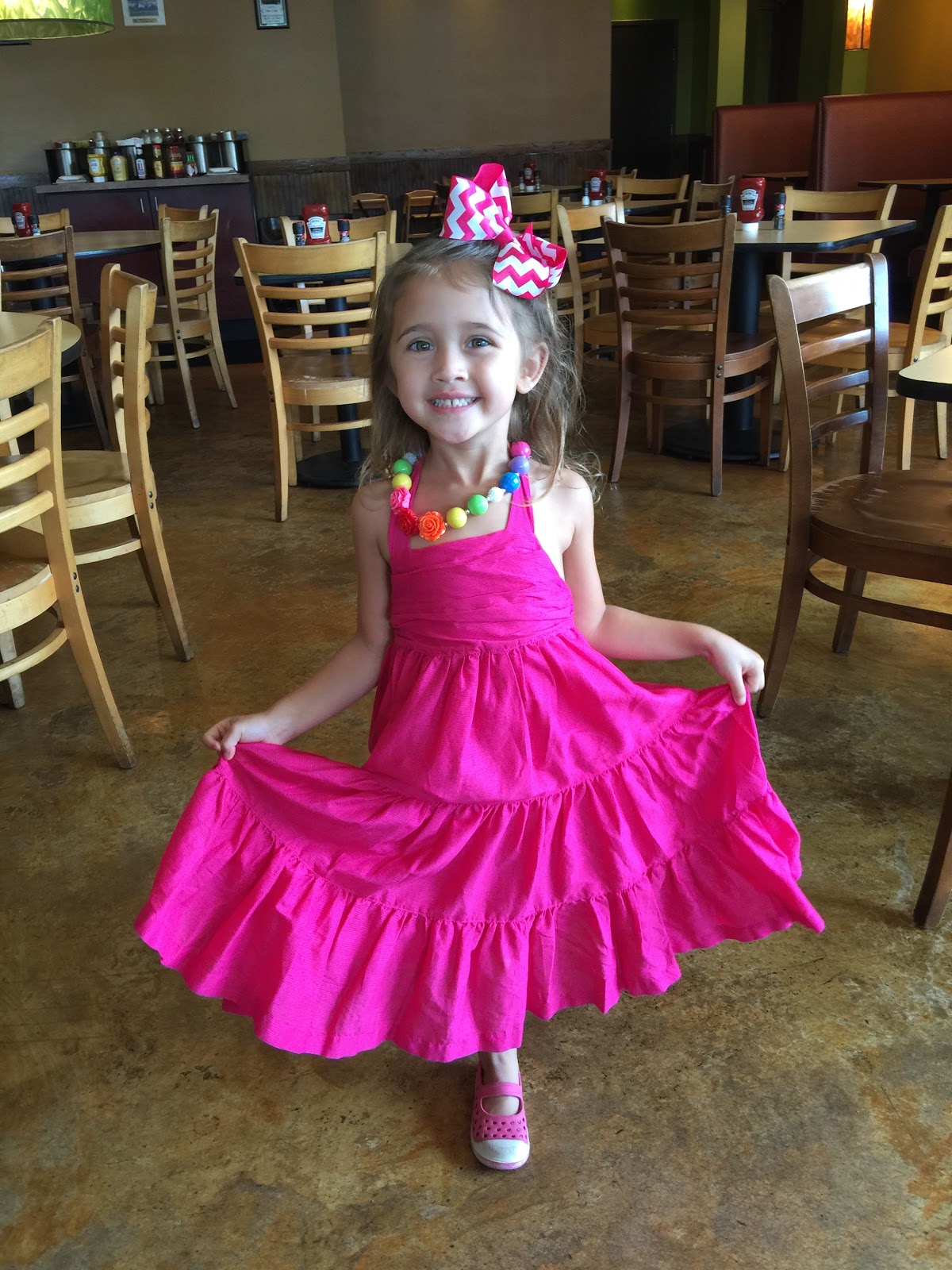 After lunch we went to a park in Mandarin near the river. The kids had fun playing soccer and then on the playground for a looooong time. 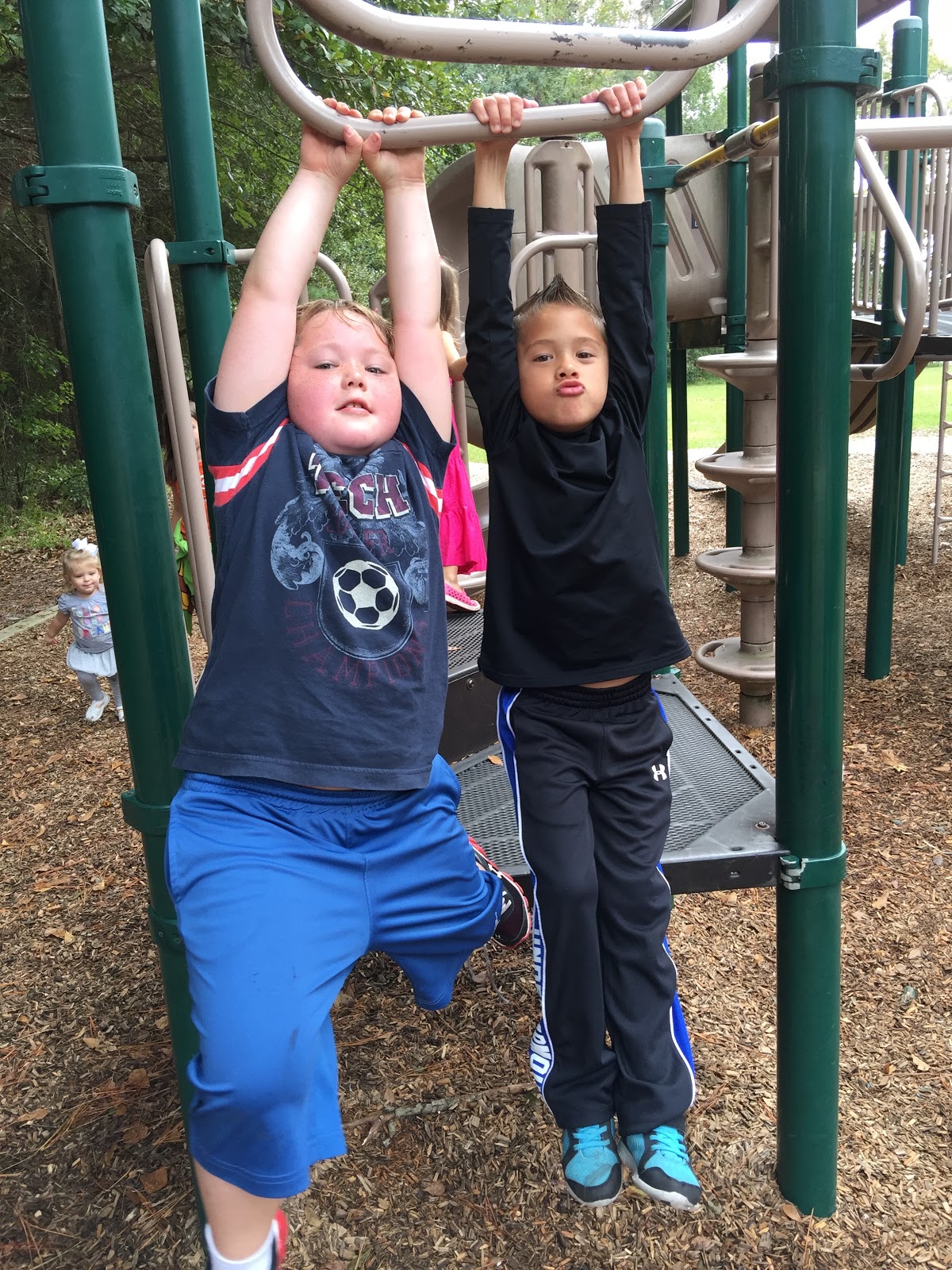 Connor was very excited to do monkey bars. At yesterday's park (Losco), there were some very weird sideways monkey bars that he didn't get the hang of, and that were about 7 feet off the ground. They made him pretty nervous and he never did get across them, even with help.

Today he must have gone across the monkey bars 50 times. It never seemed like his hands got tired. 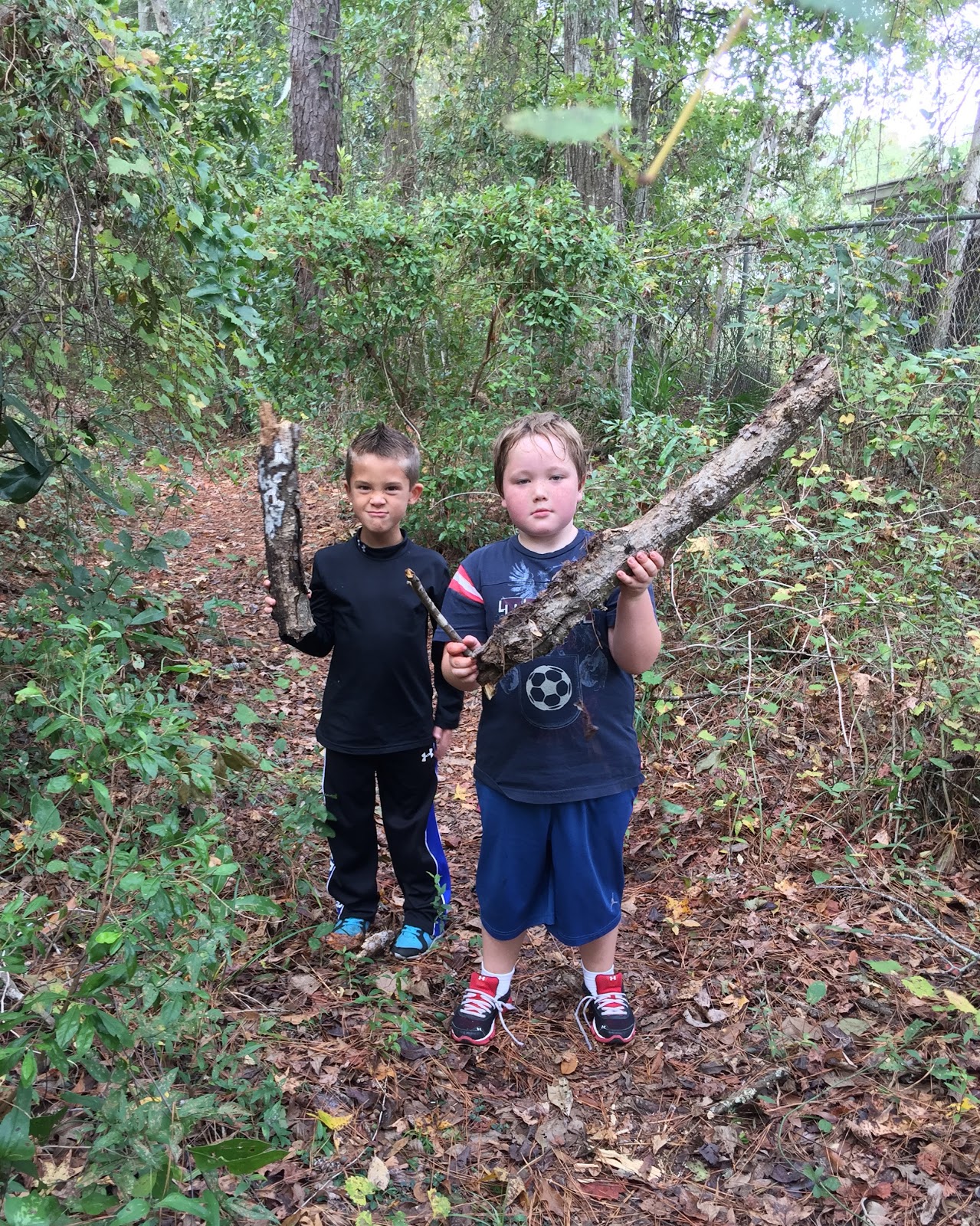 After we played at the park for a while, we went on a nature walk through all the woods. We went on the normal paved trails, and some unofficial paths through the woods too. Logan loved it, he said when he grows up he's going to live in the forest like a mountain man.

We all picked up some hiking sticks to help us walk, and just in case we came across a gator or a mountain lion or something. 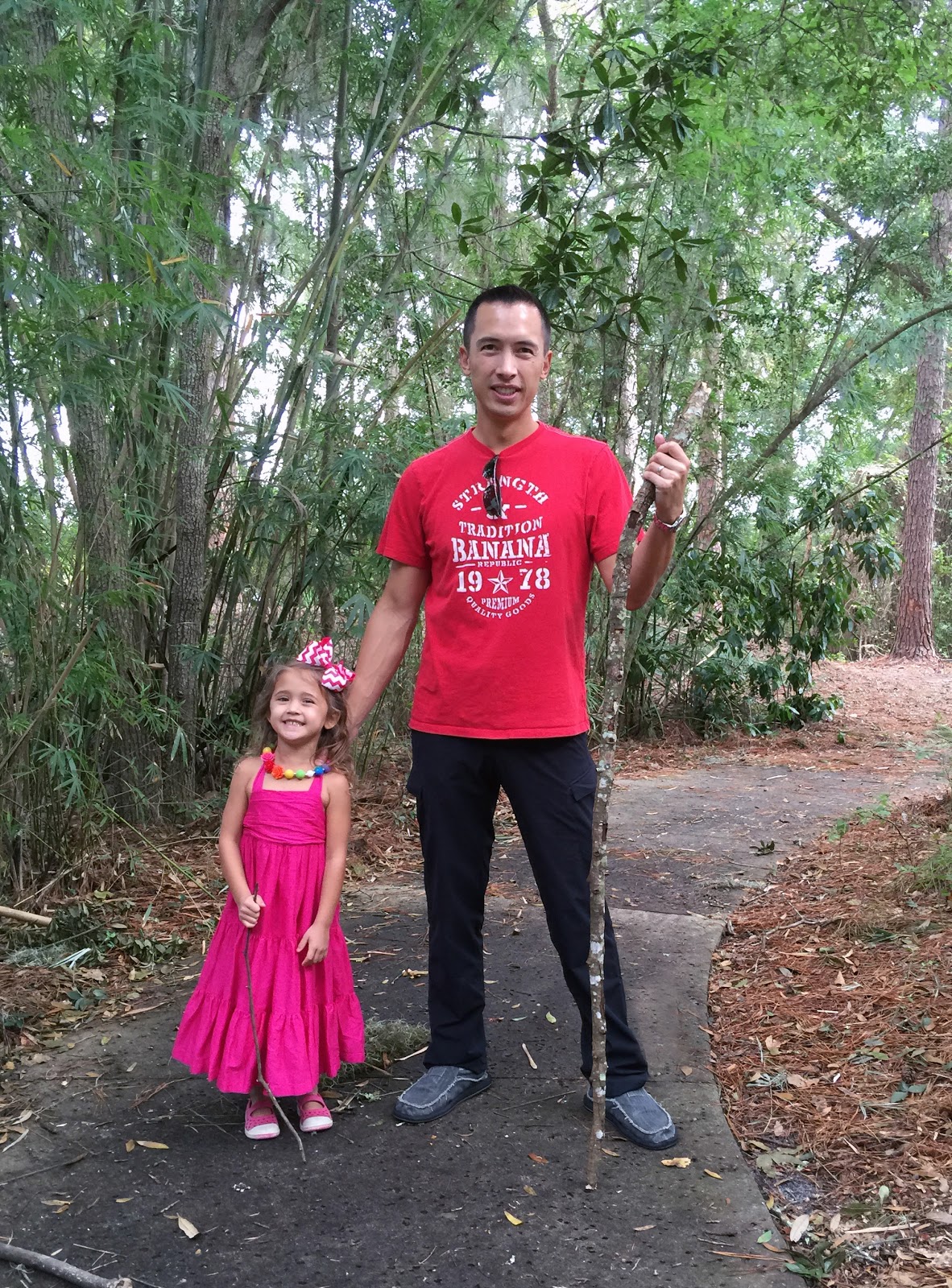 After our hike, we played at the park for a bit again and then decided we'd go to Latitude 30 for some video games and stuff. Unfortunately, on the way to the car Connor managed to step in a huge pile of dog poop and got right in the car with it on his shoes. We had to go home to clean the car up instead. Paige was disappointed. It was actually good timing though, because Andrea got back from her tennis weekend about 10 minutes after we got home.
Posted by Shawn Vernon at 7:57 PM

Loved the Monkey Man video, but (sorry) I had to laugh about the dog poop. I remember you guys doing similar things. It just happens... part of growing up I guess - gotta have some poop involved.