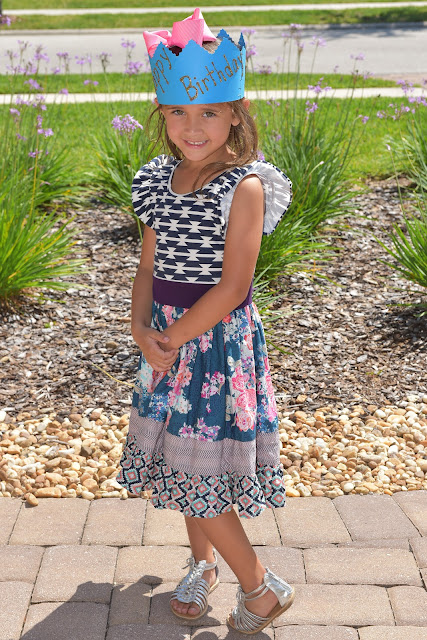 This week is Paige's birthday and she wanted to celebrate at school with her classmates. As we did for Connor, we went to Dunkin' Donuts and Andrea and I brought them in on Tuesday afternoon. Unfortunately, Paige's school has instituted a ridiculous "no photo" policy and wouldn't allow me to take a single picture inside the building. The receptionist was very stern with me and warned me that if I took any pictures I'd be kicked out of the school and banned from the property. Andrea and I walked back to Paige's classroom and Paige's teacher also informed us that the receptionist had called her and instructed her that she had to keep an eye on me to make sure I didn't take any pictures.

So, unfortunately I have no pictures of videos from the school. After the children came in from recess, they all gathered in the common area outside the classroom. Everyone sang to Paige and Paige was wearing a special "Happy Birthday" crown made out of paper. Andrea and I passed out the donuts and it was nice to see everyone enjoying themselves and goofing off with our Paige. She has such a large class since the school is overcrowded, and it was a little chaotic, but Paige is used to it and has made so many friends.

When Paige got home from the bus I snapped a picture of her outside in the driveway while she was still wearing her crown. 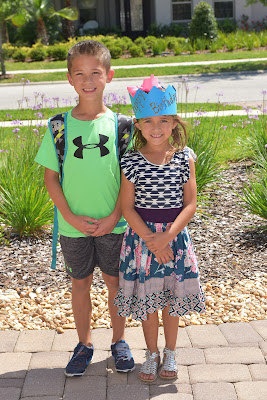