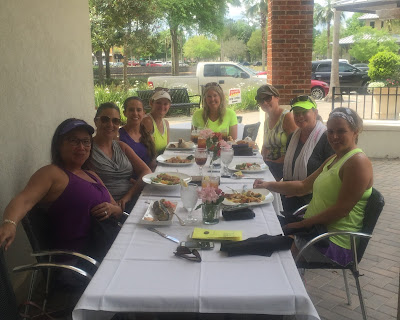 Andrea played her last game of the season on Thursday with her C1 team. It was kind of an odd season since JCP had two C1 teams and it split Andrea up from some of her other previous teammates and friends. It was tough because they had to play the other JCP team twice during the season.

Andrea was happy that she got to play quite a bit with her friend Michelle. She ended the season with a 15-2 record and played line 1 the entire season, which matched her up against some very good teams and players. The team finished 5th of 10 overall.
Posted by Shawn Vernon at 8:12 AM