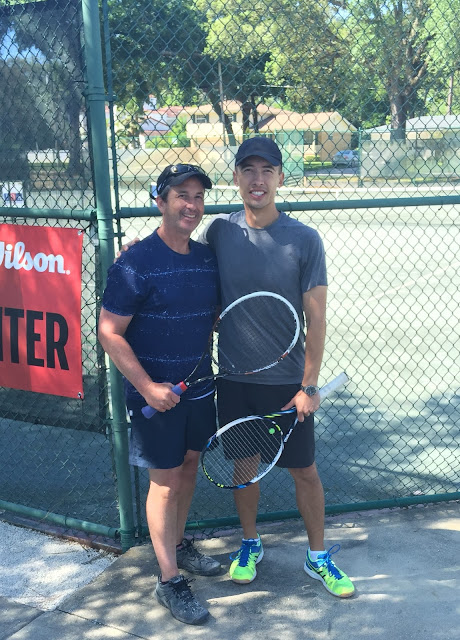 Through some of my Ultimate Tennis matches, I met a nice gentleman name Steve and we have played tennis together a few times for fun. This past weekend was the San Jose Country Club Member Guest tournament and he invited me to be his partner. We entered in at the 3.0 level and were scheduled to play four teams. The weather forecast had been predicting rain, but the weather turned out nice and cool. It was a bit windy, but otherwise perfect.

Our first match was on Saturday morning and it was quite the battle, but we won it. The second match later on in the afternoon was pretty rough. We played against two guys that were pretty tall and both of them were in the zone. Everything they hit seemed to go in, and Steve and I were a bit off. We didn't do so well, but it was our only loss. On Sunday we had two matches and we played well and won both. 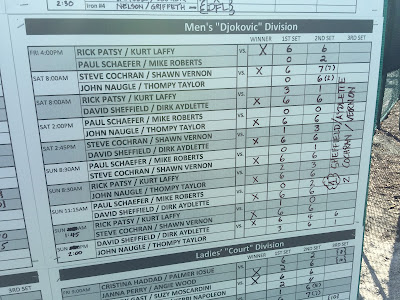 We ended the tournament in second place, in our division, and had a fun weekend together. 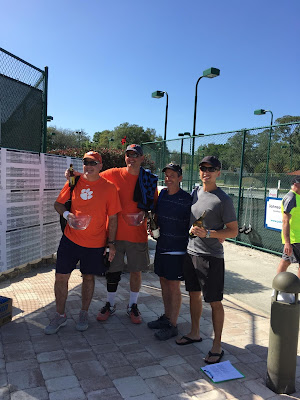