Nocatee Waterpark with the Froehlichs 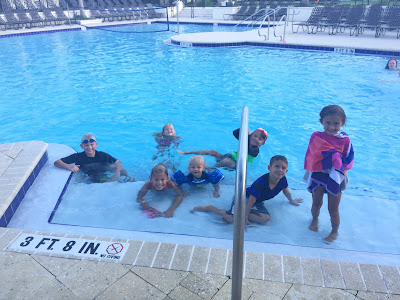 In the afternoon, we went to the Nocatee Waterpark and played with our buddies the Froehlichs. We rode the slides, relaxed on the lazy river, played "swamp lizard" (the kids wrestling with me), and Connor did the zipline. The Froehlichs are such a fun family for us to get together with because they have girls and boys and there are so many kids for Connor and Paige to play with. It's always like a big party when we're together with them. Steve and Sarah have their hands full, and we are always surprised how well they parent so many children and still manage to have conversations with us when we're around. 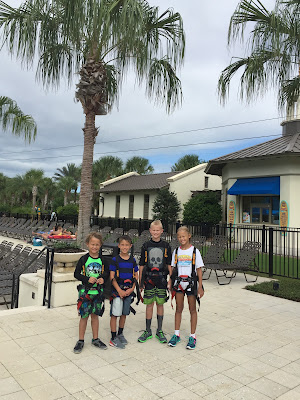 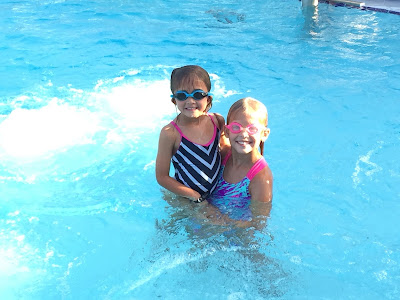 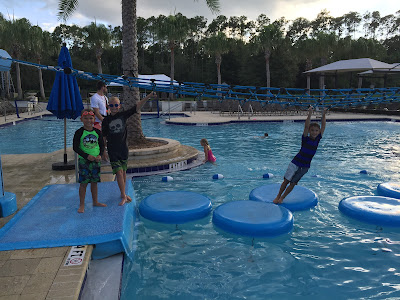 When we were leaving, Connor said that he'd like to be in their family and Sarah said "Sure!". They have another on the way, probably in the next couple weeks, so we guess there's not much difference between 6 or 7 kids in the house. We decided to keep Connor though. We like our little family, but it is a lot of fun to get together with a big family too.
Posted by Shawn Vernon at 7:26 PM