Food trucks at the neighborhood park

On Friday, August 26 2016, we went to Fletcher park in the neighborhood. Four food trucks were scheduled to be there, some activities, and a lot of families. We had to park way down a side street and walk over, and we were pretty surprised by all the people there. We knew that there were many kids in the neighborhood, and we knew there were a lot of houses, and it seems like everyone is much more spread out than we're used to. It was a surprise to finally see so many in one place.

Laser tag was setup, with big inflatables as "cover". Connor signed up and played a bunch of rounds with the other kids. 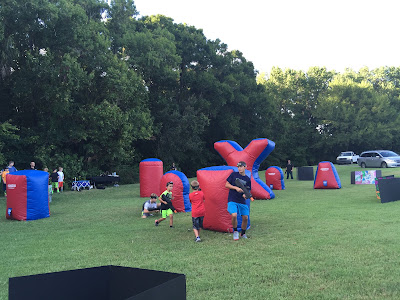 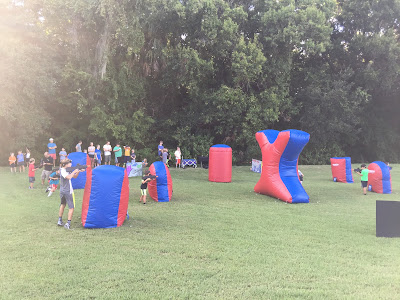 Paige played mostly at the park. She is getting good at the monkey bars and even when she can't reach them, she's able to somehow stick to the metal posts and shimmy her way up. I did get a video of her in action, but she was a little tired already when I took it and didn't do her best monkey barring. 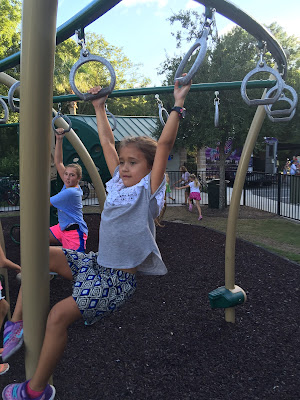 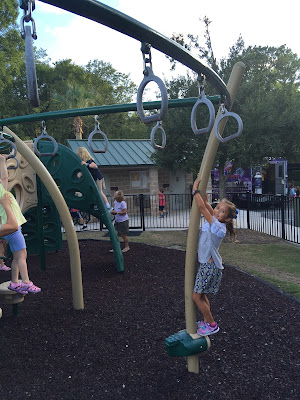 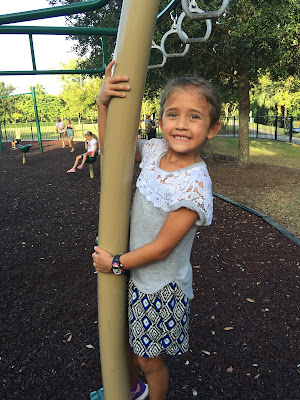 The kids had eaten before we came, but we got them each some fruity ice bars to snack on. 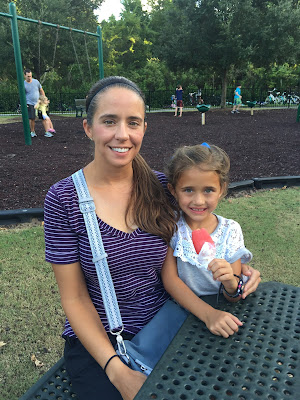 Connor ran in to his classmate "Wolfie", which is short for Wolfgang. Wolfie seemed like a good kid and he was the same size as Connor too. Wolfie's mother came over and introduced herself to us. She was a nice lady and told us some stories about how Wolfie had come home from school and told her about his new friend Colin. Then, how the next day he came home and said that the boy's name was Connor. They seem like a good family and hopefully Connor will get to play with Wolfie in the neighborhood. 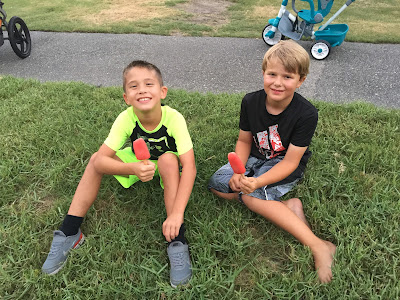 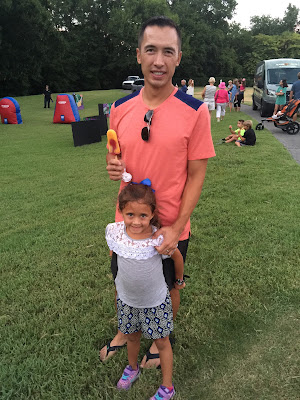