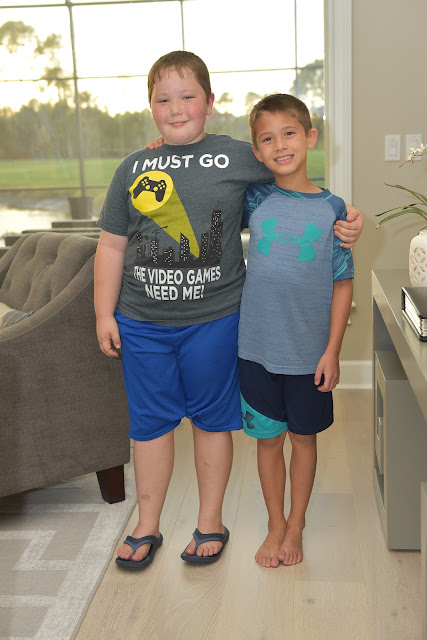 Ever since we moved to the new house, Connor has been missing his buddy Logan. Sadly, we learned recently that Logan's parents are getting divorced and he's going to move with his mother to New York. Connor has been begging for Logan to come over and since school was still out for the hurriane on Monday, Andrea decided to have one last playdate with him while he was still in town. Logan's mom dropped him off early on Monday and he spent the day with Connor goofing off and playing.

Logan doesn't have an iPad, but does have some kind of Samsung tablet. I installed Skype on it for him and also on Connor's iPad so they could video chat with each other. We took Logan to lunch with us at Cheesecake Factory and then after I was done with work I took the kids up to Chik-fil-a so they could have dinner, but mostly so they could play in the indoor playground there. It was Connor's idea and I decided to let him have his way. 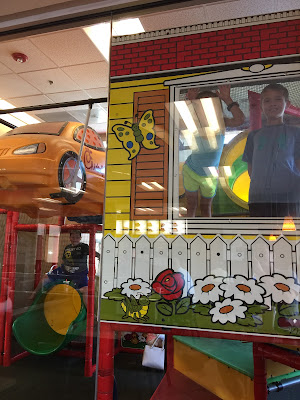 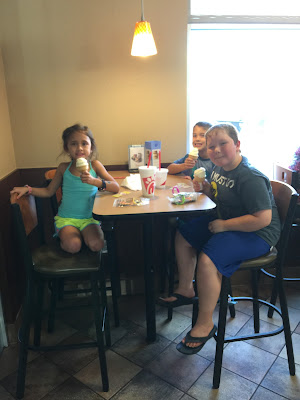 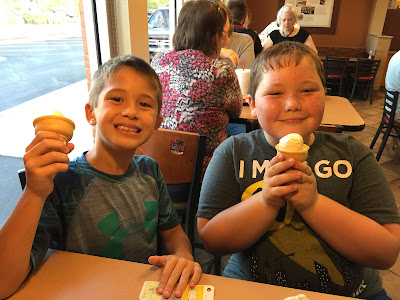 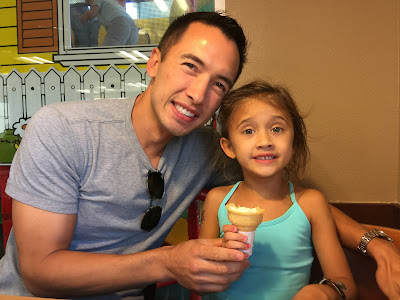 It was sad to see Mr. Logan go. He's always been such a polite, well mannered, easy going little guy. We hope he enjoys New York. His father is staying in town and hopefully when Logan visits, we will be able to get together with him.
Posted by Shawn Vernon at 8:05 PM