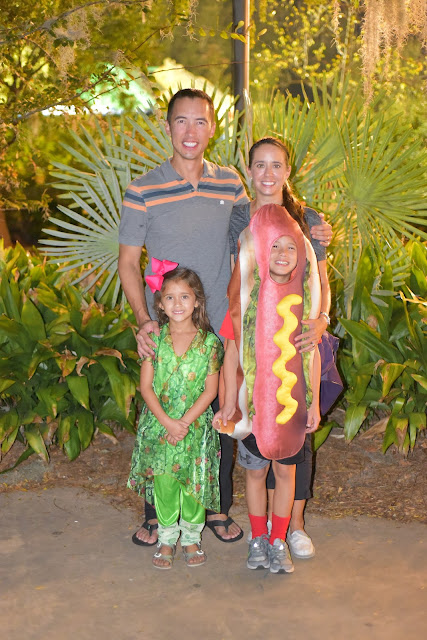 On Saturday, we went to the Jacksonville Zoo's Spooktacular event. It was our first time going and it was a fun opportunity for the kids to wear their Halloween costumes an additional time and do some trick-or-treating at the zoo. Paige was "Poison Ivy" (a DC comicbook character) and Connor was a hotdog.

We got special tickets for the event and showed up along with apparently every other resident of the entire city. We were thinking maybe it wouldn't be super crowded since the Florida-Georgia football game was the same day and time, but apparently everyone in town decided to go to the zoo too! We met our friends Ross, Gina, Ethan and Zoey and got lucky that they happened to park almost right next to us when we arrived. 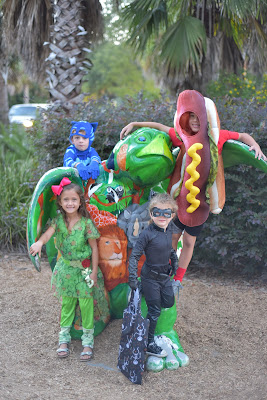 We snapped a pic of the kids at the entrance and then we went inside and waited to be let through. They released people in groups in the hopes that it would distribute some of the people throughout the zoo, however many people ended up crowded together in the lines for the trick-or-treating. The area was decorated nicely for Halloween and the kids enjoyed some of the attractions and candy. 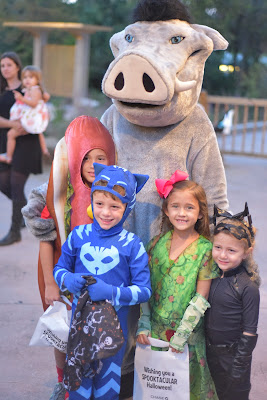 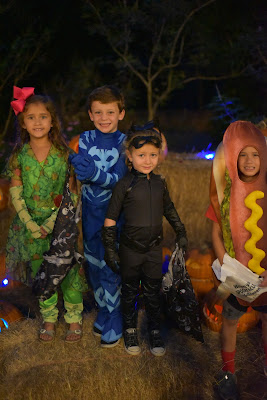 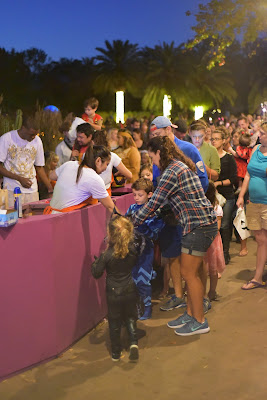 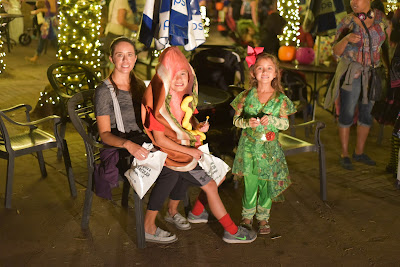 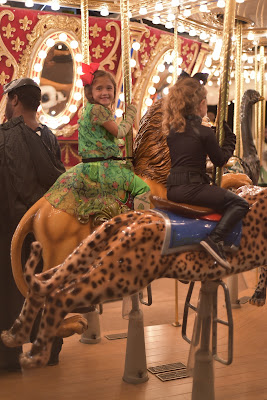 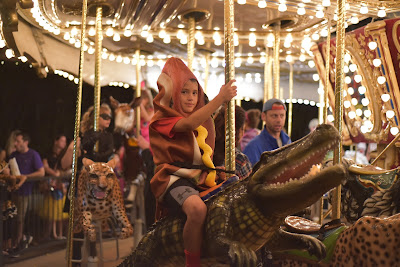 I had to get a picture of Connor eating a hotdog while dressed as a hotdog. 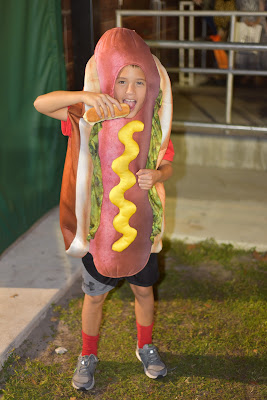 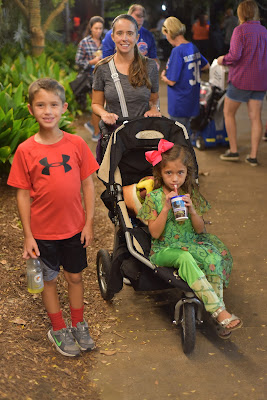 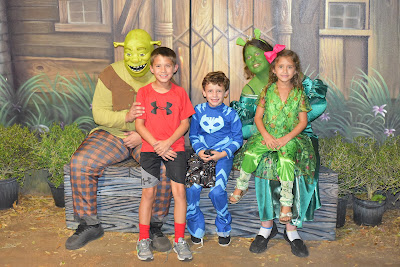