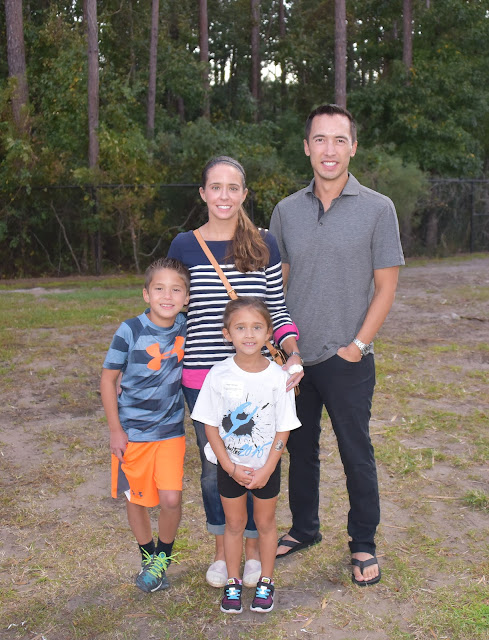 Today was Paige's big day! In September, Paige had her dance class with the high school dance team and today was the day of the performance.
http://www.vernonvolumes.com/2016/09/splash-dance-class-with-pv-sharks.html

The performance was supposed to be last Thursday, but they had to move it because of the hurricane. It had been quite a while since Paige had the class, but she's been excited for the big day of the performance. We all went to see her show off her moves, even Grandma Alice and Grandpa Rick! 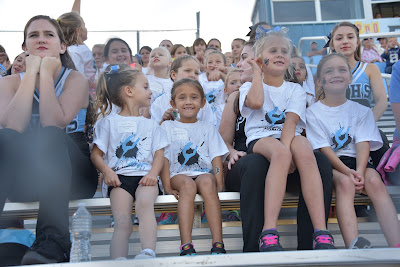 For the first half of the game, Paige sat with the dancer girls.

Paige looked a little nervous as she walked on to the field at halftime. 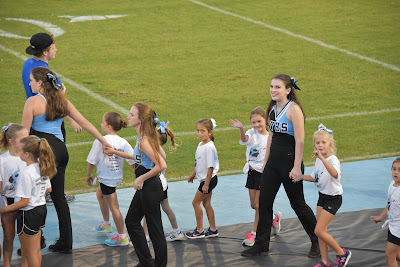 Paige was dead serious, all about business before the music started. 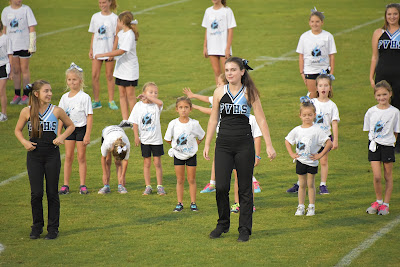 I took a video and at first didn't zoom all the way in to Paige so we could see everyone. Paige is in between the 40 and 45 yard lines in the front, just behind the high school girls.


Grandma Alice also took a video and zoomed in for the entire thing so it might be a little easier to see Paige doing her moves at the beginning.


Paige did great! There were some pretty difficult moves and choreography for her first dance. We picked her up after halftime and then went to dinner at a local Mexican restaurant. As we were leaving the stadium she told Andrea that this was the best day of her entire life! 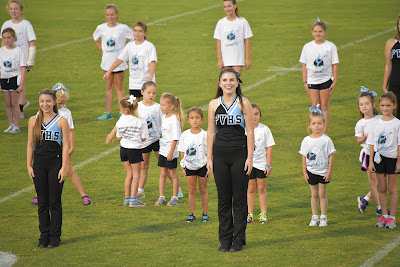 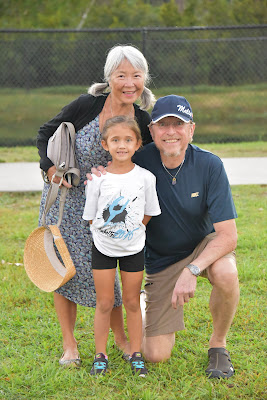 She was so excited about this dance. Fun to watch her excitement. And loved the "best day of my life" comment. And Connor - so cute... wanted a hot dog and candy and soda - and pretty soon - tummy ache. Luckily didn't last very long and he was his usual good natured self.