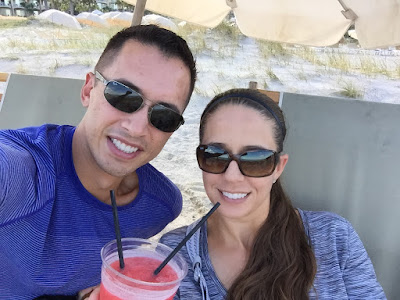 While the kids were having fun with Grandma and Grandpa, Andrea and I decided to take the opportunity to get away for a weekend together. We went to the Omni and had a nice relaxing weekend and also got to work on our tennis.

On Friday night, we went for a walk on the beach and I took a picture of Andrea with a couple turtles that we saw wandering behind our villa. 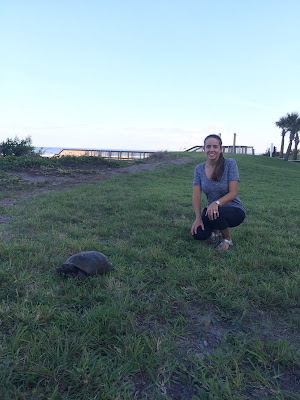 For dinner, we went to downtown Amelia Island and ate at a little mexican restaurant. Afterwards, we wandered around the shops and took a few pictures. 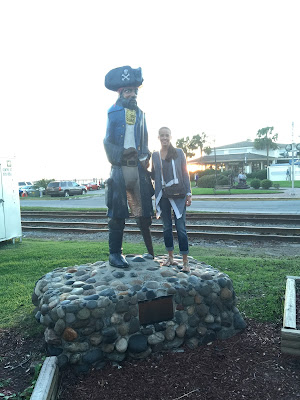 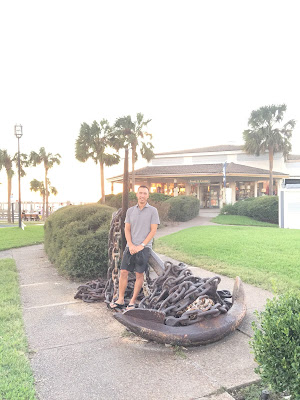 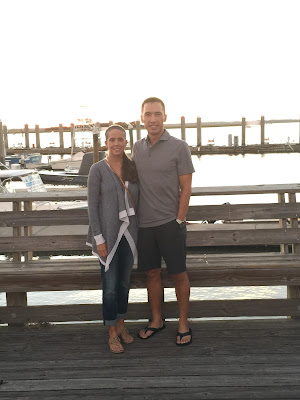 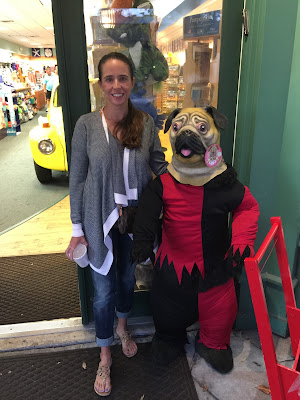 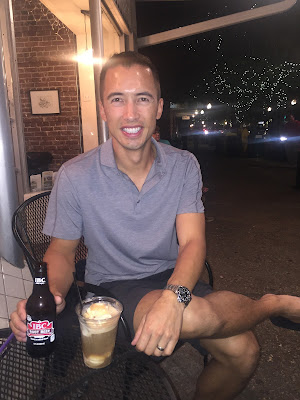 On Saturday we played tennis in the morning and had a challenging group to play with & against. We were pretty exhausted and after lunch we relaxed in the hotel for a little while. We probably could have taken a nice long nap, however we'd booked a boat tour of the marsh around Amelia Island, so no rest for the weary. 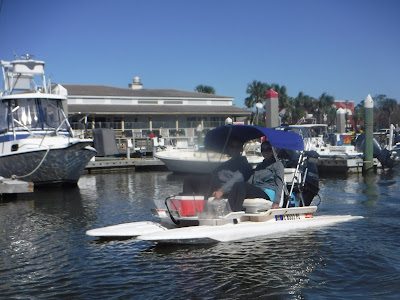 At 2pm we set off with the tour group. There were 5 boats in the group including the tour guide and we zipped around the waterways in the area. The tide was up so we were able to go down some of the more narrow inlets and streams to see some of the local attractions including a mansion (the guide called it a castle) previously owned by the Carnegies. About halfway through the tour we stopped off on a little beach and stretched our legs and walked around for about 30 minutes. 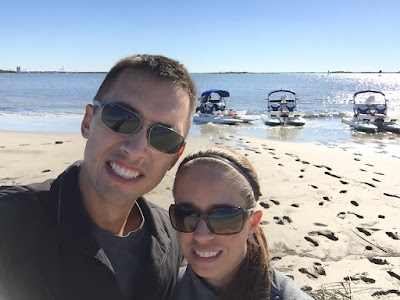 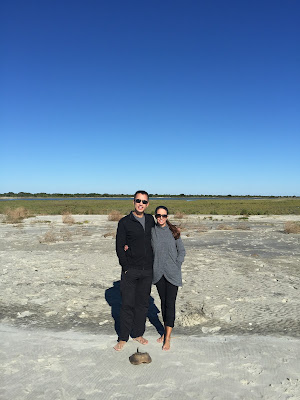 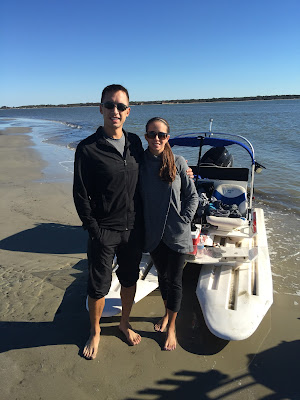 After our stop at the beach, we started our journey back to the pier. The ride had gone pretty well to that point. I'd figured out the controls after a little experimentation and the water had been mostly calm. The weather was actually a bit cool this weekend and once you got the little boat up to top speed (around 30 mph), the brisk breeze was a bit chilly. For the first part of the ride we'd get some occasional drops of water on our glasses, but nothing too bad. Our feet got a little wet if we didn't keep them up off the pontoons, but we were mostly dry. 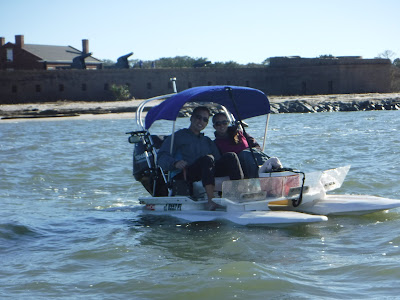 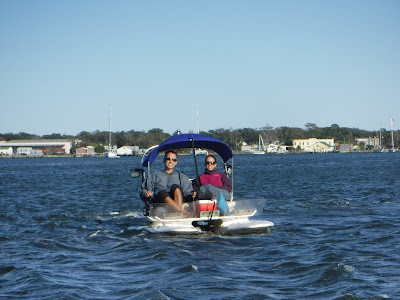 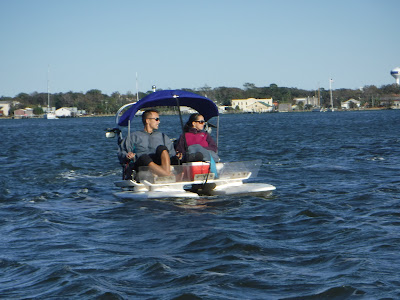 On the way back, things got a little ugly. We started to pass through some choppy water and we were going directly in to some of the swells. The first of the "large" waves that we encountered (relatively speaking, they were really only a foot or two in height), I pushed the throttle forward, trying to keep our speed and nose up so we'd go over the top of it. That resulted in us blasting through the wave, splashing drops of water all over our faces. We weren't thrilled with that result, so on the next two big waves I tried to back off the throttle and that caused us to dip down on the other side of the wave, and the nose of the boat went in to the water and splashed a few gallons of cold salty water all over us from head to toe. We had packed light for the trip and it was the first cool weekend of the fall, so we were wearing some of the only warm clothes we'd brought and now they were drenched. The rest of the ride was cold, wet, and uncomfortable. Thankfully, we were not the only boat to get soaked, so at least it wasn't just because I was a poor captain.

After our tour ended, we drove back to the hotel and got warmed up. We went to Marche Burette and had their fresh grilled steak for dinner, which was delicious as always.

On Sunday morning we played the 9 and 10 o'clock clinics and then drove home after lunch. It was a fun weekend with my sweetheart and it finally feels like fall in Florida!