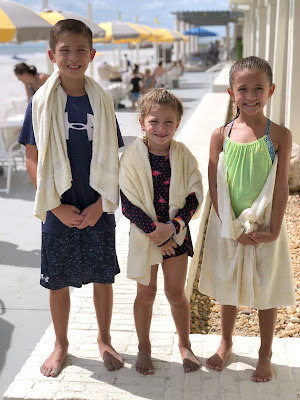 On Saturday morning we went to the beach club to celebrate Zoey's birthday. The party was in the Florida room and it was decorated with a Minecraft theme. Zoey's cute about the things she likes, and definitely does not care for the typical princess stuff.

There were five of the nursery workers there to help with the party, and once all the guests arrived they took the kids out to the beach for some games. They started with a balloon stomp game where the kids had balloons tied to their ankles and they'd chase each other around, trying to stomp other peoples' balloons. Connor's balloon appeared to hit a sharp bit of sand and unfortunately he was out of the game fairly early. Paige lasted up until the final three and was very competitive, balancing defense and offense.

Next, the kids did tug of war. Paige was randomly assigned to Zoey's team, and since she was the birthday girl, I think her team was slightly stacked. Connor fought valiantly, but his team lost both rounds. 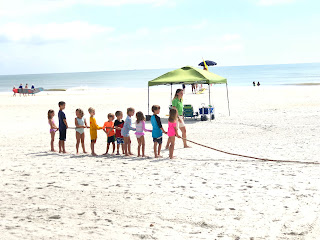 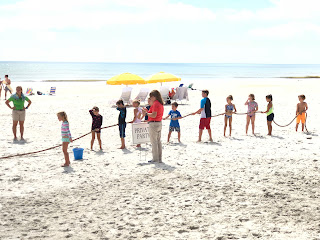 The kids launched some water balloons from a big slingshot and then finished up the beach time with a waterballoon war. 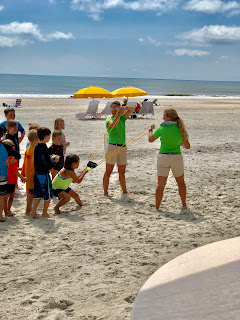 After everyone got cleaned up, we went back to the Florida room and enjoyed pizza and cake. 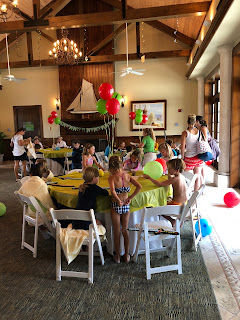 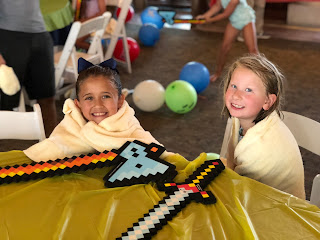 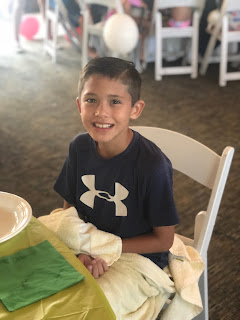