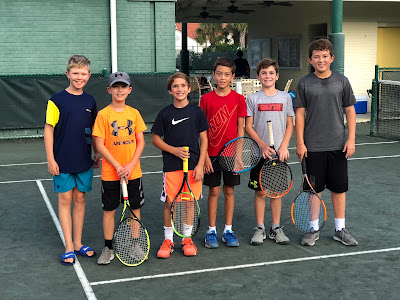 Connor's team played against Queen's Harbor this past Friday. Our teammate Robert fell off a golf cart on Halloween and hit his head, so he hasn't been back to school or back to tennis, but we were happy that he came to watch and support his buddies. Everyone signed a card for him and got him some balloons and a gift. 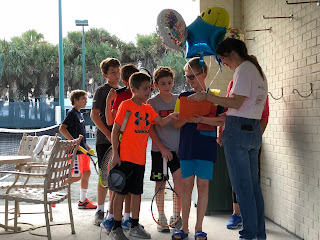 Connor played the best I've ever seen against one of the tallest kids he's ever had to play. I am pretty sure the boy was probably as tall or taller than me. Both of them hit really well and had some awesome rallies. I tried to get a few videos, but there wasn't a good vantage point to do so, and I was worried Connor would fuss at me and get flustered if he saw me recording. 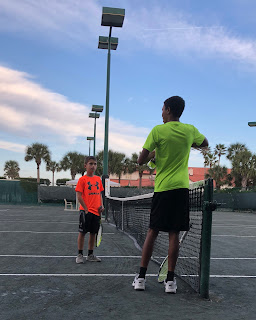 Connor ended up winning the first set 4-3 and the second set 4-1. Very close games though, and he was fortunate that most of the key no-ad points went his way. 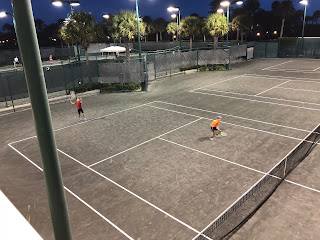 Connor played doubles with Quinn afterwards and they won together.
Posted by Shawn Vernon at 10:30 AM