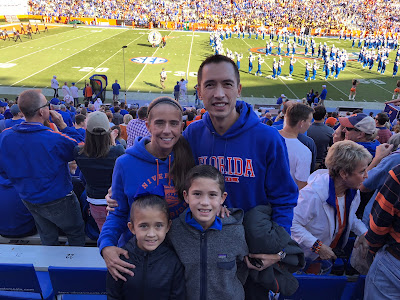 This Saturday, November 3rd, we all had the opportunity to go see a Florida Gators Football game. One of Andrea's tennis friends had some extra tickets and we decided it would be a fun experience to go see the University of Florida campus and take the kids too. We got some Gator's gear and made the drive down to Gainesville after lunch. It was a crazy chaotic scene once we got near the campus and it took a bit longer than we expected to maneuver through the crowds and park the car. We'd hoped we could walk around for a little while before the game started, but decided to get our seats and see all the pre-game excitement.

The Gators ended up losing to Mizzou, which was sad for the Florida fans, but as Missouri people we didn't really mind so much. There were some exciting plays during the game and the halftime show was super entertaining. It was homecoming weekend, so a lot of alumni were present including a bunch of ex-band members. With the alumni at halftime there were over 600 people in the band on the field and we had awesome seats to take it all in. 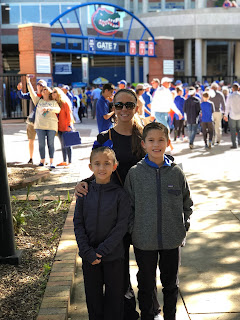 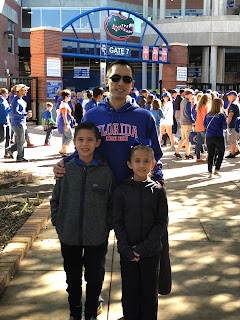