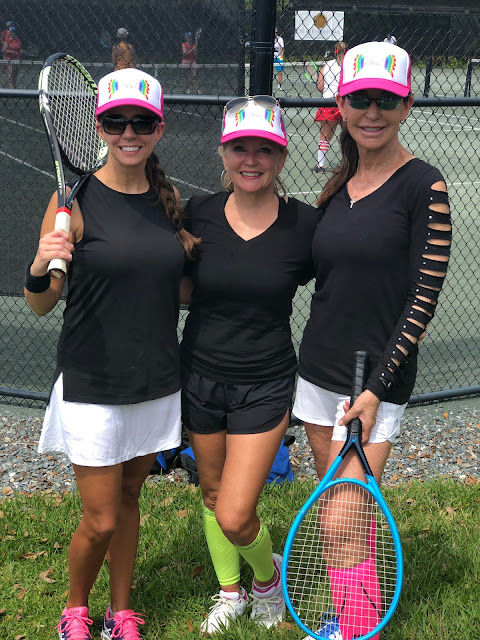 This Saturday, Andrea played with some friends in the Kate Kup triples tournament at Oakbridge. Andrea plays fairly often in triples practice with her friends Chris and Lisa and when Lisa got injured recently she asked Andrea if she would fill in for her during the tournament. Andrea had agreed to help out if needed, but it seemed like Lisa was doing better and she wouldn't be needed. Andrea showed up on Saturday to just hang out and watch, and when she arrived Lisa asked her if she'd be willing to play since she wasn't feeling very good. Andrea didn't have her tennis stuff, but I brought it to her and Andrea was able to get out on the courts just in time for their first match.

The tournament is a fun event for charity and all the teams had cute names and costumes. Andrea's team were the Victoria Secrets. Andrea, Chris and Stacie did very well in the tournament and won quite a few matches against some tough teams. Paige and I showed up in time to watch them play their last three matches and it was entertaining tennis to watch. Unfortunately their team lost in the first round of the playoff matches, but they did have some good wins including a win against the team that eventually won the tournament trophy!

The video shows the end of their match against the Supreme Courts (the eventual tournament winners). Andrea's team faced a match point near the end, but fought it off and pulled off a win. 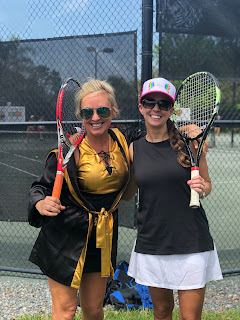 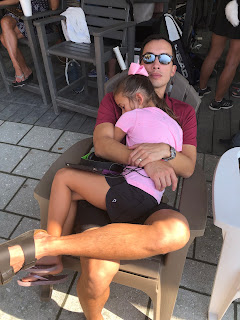 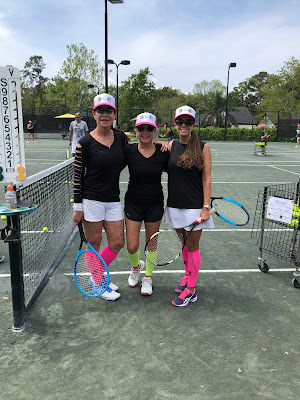