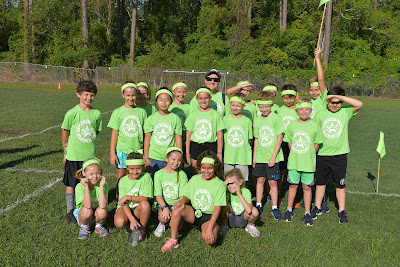 On Wednesday, Paige's class competed in Field day with the other 3rd grade classes.

The morning started out with all of the classes marching out together and Paige got to carry her class's flag. The competitions officially began with the mile relay and Paige was the first in her class to run. She ran hard and got her lap done faster than almost anyone else, only a tall boy beat her around the track. Her class ended up in second place overall for the mile race. 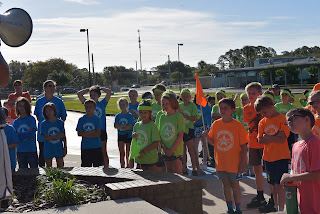 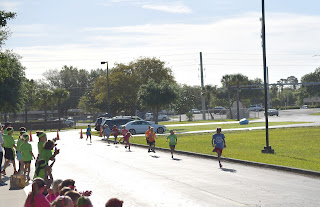 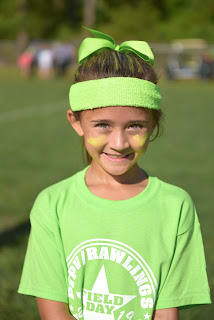 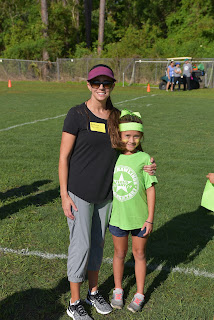 The next event was the 50 yard dash and Paige didn't compete in it. Paige was with a big group of girls for the first heat of the 100 yard dash. We were really nervous for her and we were blown away when she pulled out to an early lead and won her heat with a big margin. She was so fast and strong she looked unbeatable! 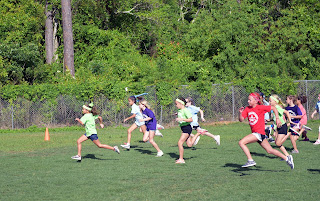 The top three from each heat moved on to the finals and after the second heat was done the top six racers lined up. The final heat was super competitive and a tall girl in blue pulled away by the 50 yard line. Paige ran hard to catch her, but near the end of the race Paige pulled up a little and finished in third place. It was a really close race and with fresh legs I bet Paige may have won it. She ran so fast and strong, we were so proud of our speedy girl. 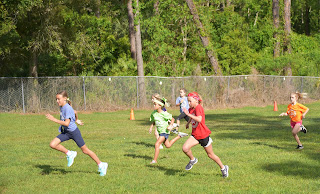 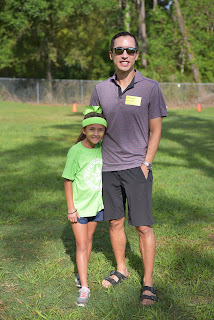 The rest of the day consisted of some fun relays and tug of war. Paige did the 3-legged race with Maddie C and their class actually won that event. 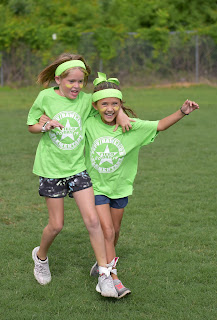 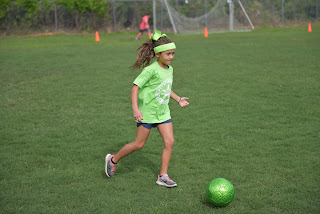 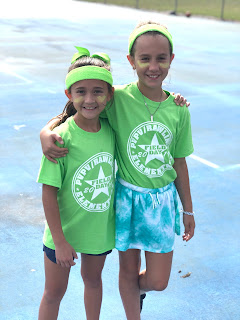 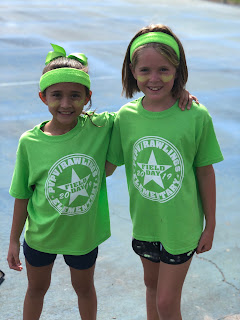 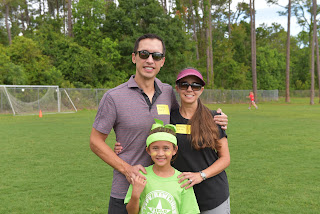 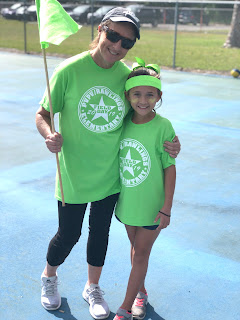 Paige posed with Ms Caldwell after Field Day and when she got home she posed for a pic with her 3rd place ribbon from the 100 yard dash. 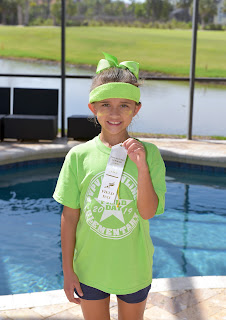