Paige and Maddie at Jumpstreet 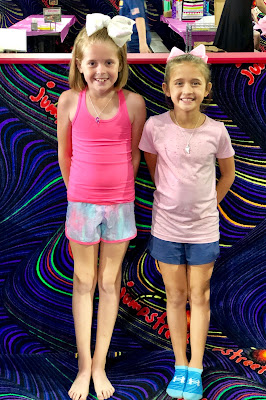 Paige's classmate Maddie has been a good buddy at school and Paige has really enjoyed having her in class. Paige spent some of her own money on a 2-piece heart BFF (Best Friends Forever) necklace and gave half of it to Maddie. Paige also has been hinting every time we go past Jumpstreet that she sure would love to go there some time. 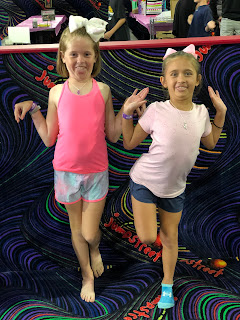 Well, last weekend I decided to give it a try and see if we could get the girls together and also try out Jumpstreet. Andrea found Maddie's mother's email and we got in contact with her and on Saturday March 31st, I picked up Maddie and we went to Jumpstreet. We got the 1.5 hour package and at first I was a little worried that I'd gotten too much time for them and expected they'd get worn out and tired after 30 minutes or so. I shouldn't have worried, they both jumped and played for the entire time and would probably have been happy to stay longer. 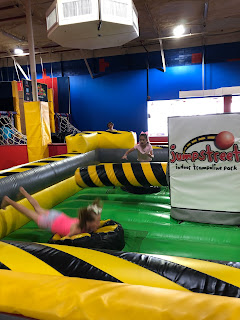 The girls spent time on the spinning obstacle, the trampolines, the obstacle course, and mostly the trampoline track. Paige was working on her flips and was getting pretty good at them by the end. 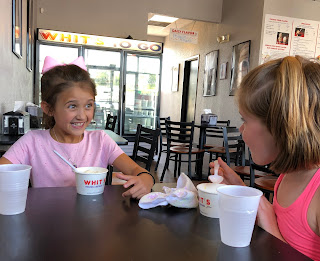 After Jumpstreet we stopped by Whits and the girls chatted and ate some frozen custard. Maddie had never had Whits before and we were happy that she loved it. I think the girls would have been happy to spend the entire weekend together, but after Whits we took Maddie home and said farewell. We will have to get them together again soon.