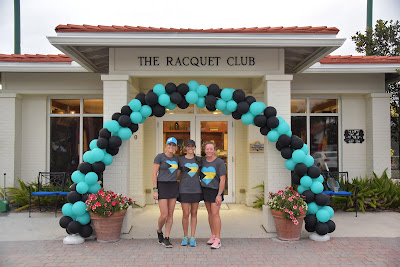 On Friday Andrea played with her friends Lauren and Liz in a triples tournament at the club to benefit the Abacos residents that were affected by the hurricane in 2019. Andrea's team was named "Chicks with Sticks" and they wore matching shirts with the Bahamas flag colors.

The tournament was broken up in to different groups and Andrea's team played five matches initially. They lost their first match against a tough team composed of three men, however they won their next four matches. I left at that point to get dinner with the kids, thinking it was probably going to wrap up, but Andrea's team qualified for a playoff round and they ended up going all the way to the finals match. Their team ended up in second place overall, but they played really well and Andrea said it was super exciting to be in the finals with lots of people watching and cheering them on. Congrats to the Chicks with Sticks! 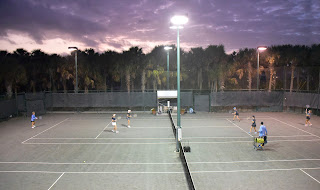 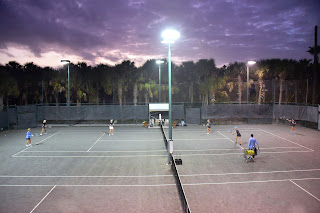 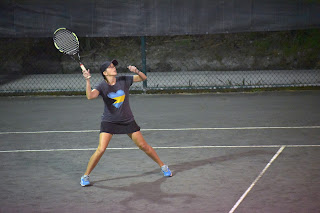 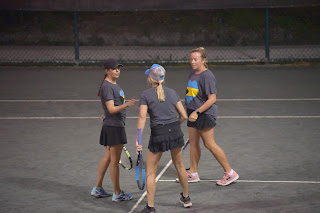 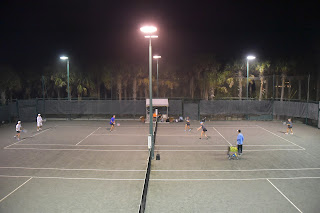