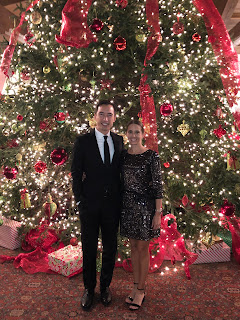 This year, for the first time in a long time, Andrea and I decided to go out on New Year's eve to celebrate. We went to a black tie event at the club along with some of our friends and met them at the tavern before the event started. We took some pics in front of the Christmas tree with everyone and then headed over to the party. 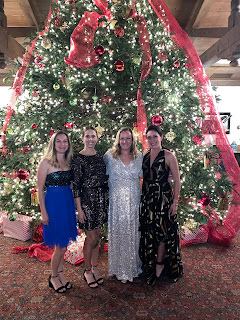 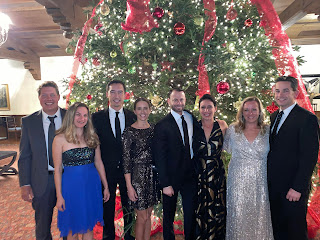 Casino Night was an interesting mix of people, there were some young people there in their early 20's and there were some very elderly people as well. We were probably on the younger end of the spectrum. The party was split between two rooms, with blackjack tables, roulette tables and craps on one side and then a dance floor with a live band in the other room. The live band was super talented and played a big variety of songs, although many of the songs seemed to be for the older people at the party. Quite a few people got out on the dance floor, but I would guess it was busiest when they band took a break and they played some more modern dance music.

We rang in the new year while dancing to the band's rendition of "Timber" and then a short while later we went back over to the tavern to hang out for a bit before heading home. 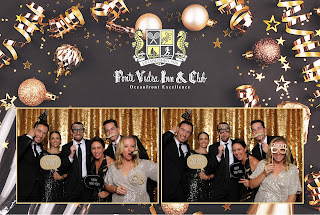 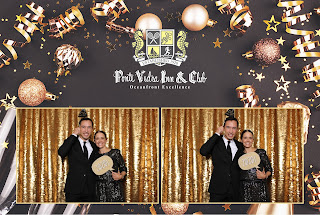 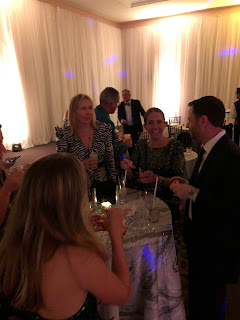 The kids celebrated 2020 with one of our favorite babysitters Anne Marie, and she was cute about bringing over some party hats and stuff so they could have a proper celebration. Connor stayed up until midnight and although Paige dozed off, she woke up in time to count down. 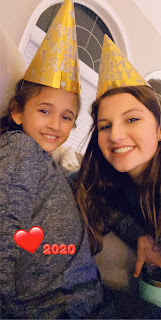 Happy New Year! We are excited for a new year!
Posted by Shawn Vernon at 2:35 PM