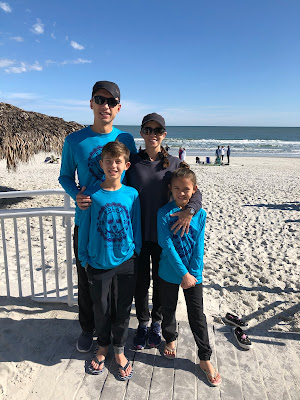 On New Year's Day, we went to the club in the morning to do the Polar Plunge. Ever since we were members, we've considered it but always were too lazy to get up and go on New Year's day. This year Andrea said we had to go, and we all went to the club to participate at 10:30. There were a couple of hundred people there and Connor and I were the only Vernons that were brave enough this year. Paige was in a little bit of a grumpy mood from staying up so late. 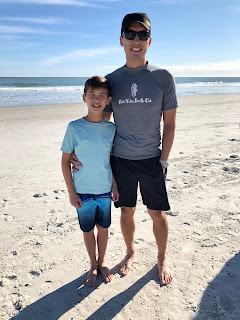 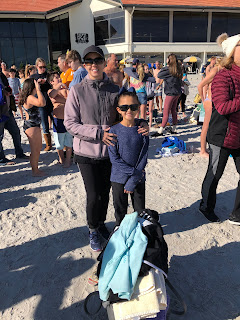 After saying the pledge, we ran in to the water and jumped in. The ocean was a little over 60 degrees and Connor and I tried to stay in as long as we could. I told him we should be the first ones in and the last ones out. We stayed pretty long, but I decided to come back in after my knees started to ache. 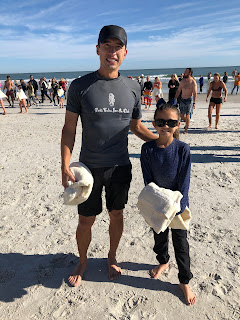 Thankfully they were allowing kids in the hot tub, so we crowded in with some of the others and warmed up. 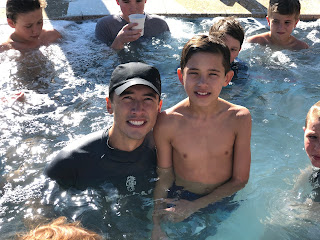 Andrea and Paige brought us hot chocolate and Paige got in the hot tub for a little bit. It was a cold way to start the year, but we loved it and we got some Polar Plunge T-Shirts to commemorate the occasion. Paige said she will do it next year, but I'm not so sure if we'll be able to convince Andrea. 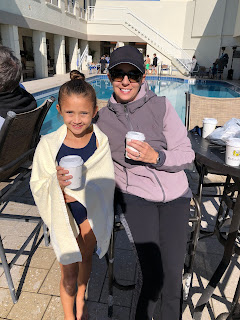