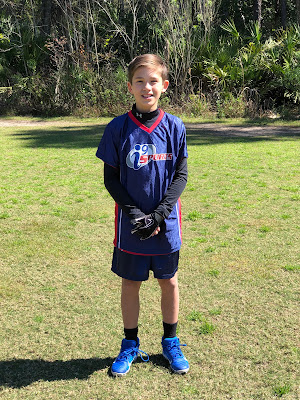 Connor had his last game of the season yesterday. His team ended up with an ok record for the year and didn't get far in the playoffs, but they did win their final game. Towards the end of the season, the coach took a more active role in play calling and organization and it made a big difference in their overall performance. 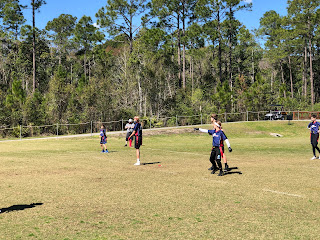 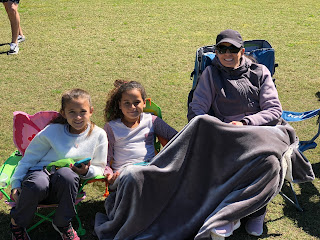 Paige brought along her friend Yasmine yesterday for the day. 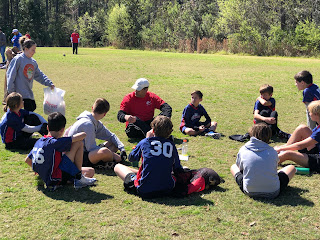 After the game, the coach talked with the boys, handed out their medals and some shirts with their team name. 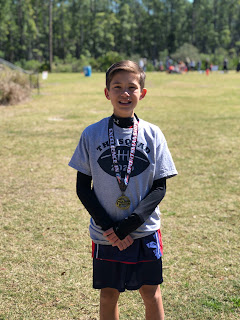